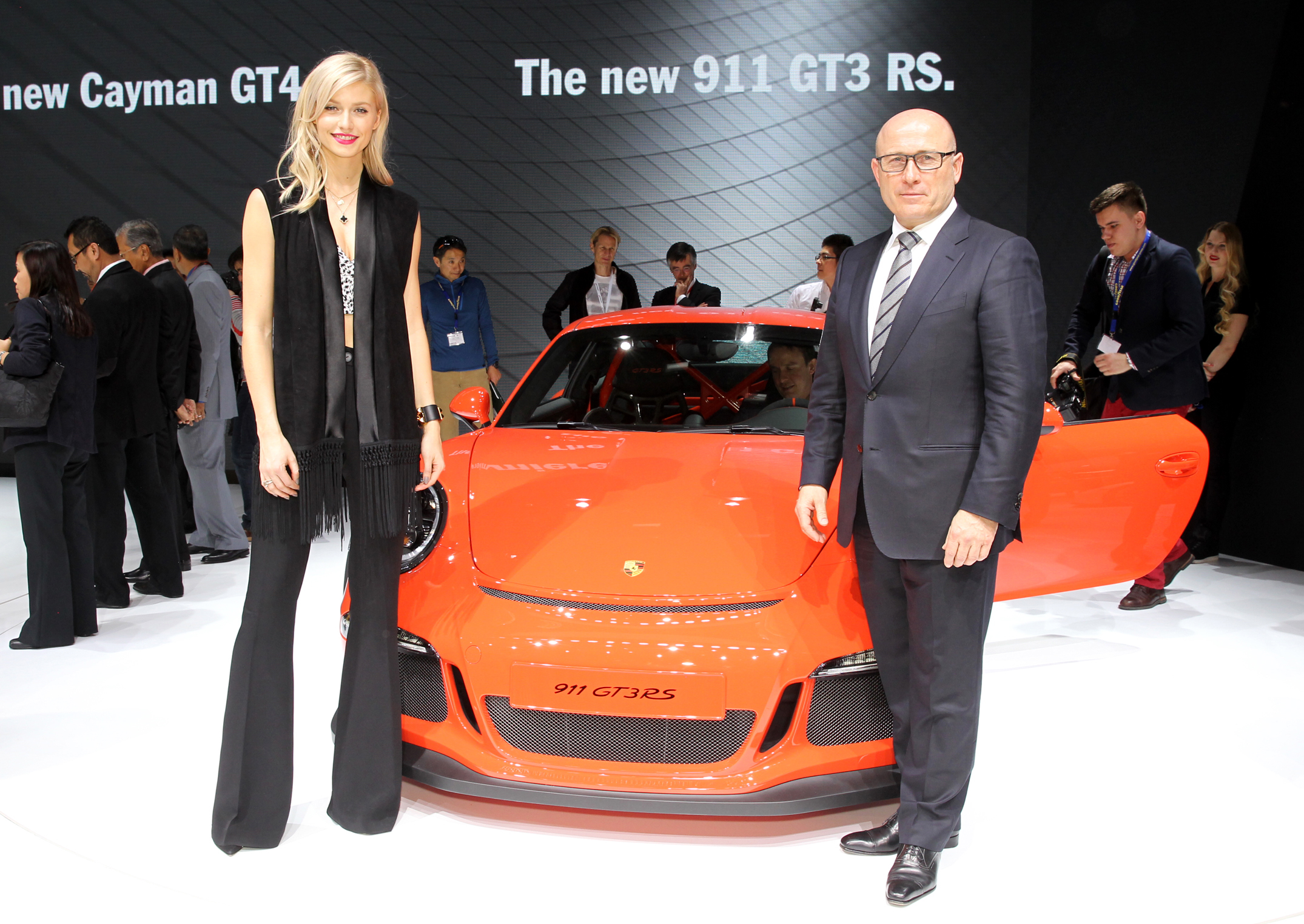 This year has started great for a few car manufacturers — especially Porsche (ETR: PAH3). The company said it delivered more than 14,800 cars to new customers worldwide in February 2015, and delivered 30,900 cars in the first two months of the year, marking a rather successful start worldwide. It’s clear that the new model lines of the famed Porsche 911 had something to do with it, but Porsche has seen steady growth for the past few years as well.

“Porsche was again successful in February, throughout the world, with figures higher than last year’s”, said Bernhard Maier, Member of the Executive Board Sales and Marketing of Porsche AG. “For 2015, we expect further momentum through the systematic expansion of our product range – at the moment, this refers to the two sportiest derivatives of the model range: the Cayman GT4 and the 911 GT3 RS.”

Both vehicles celebrated their world premiere at the Geneva Motor Show last week.

On the German home market, Porsche made more than 2,000 deliveries in February 2015, an increase of nearly 40% compared to the same month last year. In Europe, last year’s figure was surpassed by almost one-half: the sports car maker delivered exactly 4,848 vehicles to customers there. Deliveries in Finland, Sweden, Belgium, Switzerland and Italy have more than doubled in each of these countries.

The share of the new Cayenne S E-hybrid is very high all across Europe: just fewer than 15% of the Cayenne models are equipped with plug-in-hybrid technology. In the United States, the monthly result was slowed slightly on account of strikes in several harbours and the inclement weather. For the first two months of the ongoing year, by contrast, the American market showed a growth of 13%.

With the markets eager to obtain the new Porsche cars, there is seemingly a lot more sales to be done for the German car maker. Overall, we are glad to see that Porsche is putting an emphasis on plug-in-hybrid technology. This is happening both with their ultra performance sports cars, as well as the more laid back, luxury sedans and SUVs like the Panamera and Cayenne respectively. It will be interesting to watch how the other German three go and react to these, specially with their M Department, AMG and RS divisions which compete directly with Porsche in this matter. Generally, Porsche is on a fast track to becoming one of the best car makers out there.