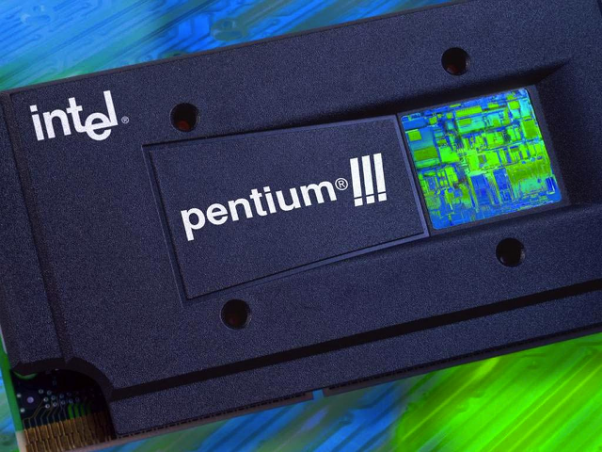 Hello, how are you?

Yes, it is me, the guy who decided to get out of all the CPU or GPU tests and reviews almost a decade ago. And do I feel regret? Can’t I wait to jump right back into it like Michael Schumacher, God bless him, when he returned to F1 with rather mixed results? Trust me, and please believe me I don’t mean to offend anyone, but the days of motherboard reviews and sleepless nights spent trying and testing the latest and greatest PC components are gone for good.

Funny as it is, time has not stood still in the last eight years, since I finally turned my back on Tom’s Hardware, oh yes, with money in my pocket, yet that wasn’t and couldn’t have been the reason why I was oh-so tired of it all. True enough, there are still those who care about a new chipset, new motherboards, new graphics cards, even overclocking, but the numbers have dwindled and why? Because the PC is dying, along with it the notebook, go figure!

We are running out of excuses for building or buying a new PC system, a new motherboard, a juicier power supply and even a new graphics card. What is so power hungry that would justify the pain, the expense and the time spent on such a project? The latest computer game? Yes, for years that was the one last stand for the power users, but let’s be honest, how many really good games have been released in recent years? Do we really want to sink tons of money into the hottest new components, just to be bored to tears by yet another first person shooter with yet even greater graphics, but a thin or even idiotic story, or a totally dissatisfying end?

So what are we looking at today? Oh yes, there would be this company named Apple. It came out with the greatest gift to man, the first ever true smart phone. Boy did that revolutionise the world, hasn’t it? Today, years later, we are at the nth reiteration of the iPhone, we acknowledge the iPad, we look at all the Android devices, but do we still feel the excitement we experienced when 3dfx, long gone but not forgotten, released Voodoo2? Do you remember that time? Oh how pathetic it looks today, but weren’t we blown away back then? Are we shaking in excitement the same way over the iWatch, or Nvidia’s latest addition to the world or 3D-graphics? Not really, right?

Much has happened in my life in the last eight years. Today, I am the husband to a beautiful wife and the father of an amazing 6-month old boy. Family life has got me in its grip, and I would not want to have it any other way.  You know what upsets my little son the most? It’s mommy or daddy reaching for and staring into their smartphone, instead of giving him the attention he wants as well as deserves. Oh yes, I am a smartphone addict like the next man, but little Ciarán’s disdain for this device made me realise that this cannot possibly the future of mankind.

It makes us antisocial assholes – thank you so much Apple – and if we should believe that our future might go along the lines of the Terminator movies, then becoming antisocial would have to be the first step of humanity losing what it takes to differentiate itself from and be better than ‘the machines’. I am not gonna be a daddy who hands his child an iPad once he turns one and a half years old. I made that oath, and believe me, I am still as technology savvy and hungry as you remember me, but not at any price!

People asked me to talk about how the PC and other technology business evolved to what we are looking at today, but I better be careful, feeling a little bit of an outsider who hasn’t been invited to the hush-hush back rooms, the trade shows or intimate dinners with vendors for a long time. What I can see is Samsung going to produce everything, and the kitchen sink soon, focusing along with other Asian producers on creating yet the best copy of something invented by somebody else. I see Intel apparently busy digging its own grave, Microsoft also somewhat out of wits, the Taiwanese producers, Asus et al., concentrating on squeezing the last little bit of margin, so they can continue selling their stuff just that little bit cheaper once again, and Apple predominantly concentrating on making money, rather than creating something the world is really waiting for.

My dear friend Anthony, fellow dedicated daddy as well as technology editor, suggested I should write about VR and I would love to. When it comes to gaming, it seems to be the next big thing. However, I haven’t played with it yet, so who am I to comment? I’ll get my hands on one of those funky devices as soon as possible though, and I can’t wait sharing Anthony’s genuine excitement about this technology, … or not.

I have the request to give my view of what things will be like in 2030, and what to tell your child now in preparation for our glorious future. I used to be asked that kind of question a lot in bygone times, and my answer was always the same – I ain’t no oracle! I was just about to go there and embarrass myself, but the word count of my article made me reconsider, so why not wrap things up by speaking about the current state of computer journalism? Has it evolved, improved, withered? Well the landscape has changed, hasn’t it?

It feels very much as if all the good guys are gone, while the bad ones still remain. It has become more and more popular rewording press releases rather than doing research, hard work and arriving at one’s own point of view. I wish I could say why. If you allow me taking a wild guess, I would say it has plenty to do with balls versus greed. If it is money that you are after in this business, you cannot possibly say you’re searching for ‘the truth’ or ‘justice’ or – modestly – ‘the best interest of your reader’, can you? What it takes is drive, ambition, a certain level of fearlessness and inspiration. You have that and the money will come by itself. Just watch it arrive, nod if you have to and continue with your mission.

I have joined a team of people with ambition, balls and the determination to provide quality. I would not be writing this, would I not firmly believe in it. I never wanted to return to publishing, because it is a rather ugly business. However, things are going to change, and I have my own little idea how the publishing of old will be turned into something brand new and very exciting.

I have enjoyed writing this, certainly not exactly ground breaking or overly meaningful little piece and I can’t wait getting back into the scene and mixing things up my way. Give me a chance to assimilate all that I might have missed before I can give any kind of fundamental guidance. I’ll be there.

Tom’s back, for better or worse.

View all articles by Thomas Pabst