A Finnish based independent game studio Still Running is a studio composed of five developers and founded by Santeri “REllU” Relander. It focuses on edgy, fun and engaging games. Their latest game is the zombie smashing survival extravaganza Zombie Kill of the Week – Reborn. 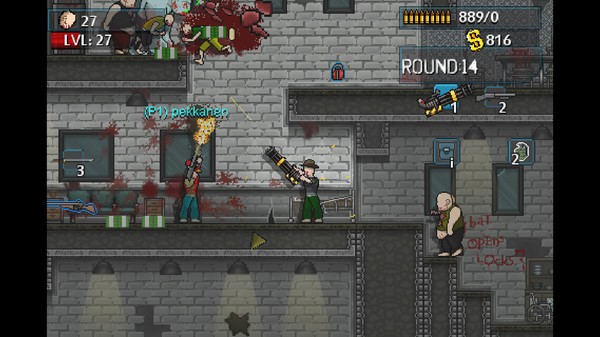 The goal of Zombie Kill of the Week – Reborn is to hold out as long as possible while slaughtering endless zombie hordes. Money gathered from zombies can be used on more than twenty five various weapons. These range from chainsaw, katana and mini-gun to rocket propelled grenade launcher. Cash is also used to open doors and activate jumps which are necessary to reach certain map areas. As the fight continues players get access to more weapons and prizes like a special magic fridge.

Surviving for a long period awards ZKW, Zombie Kill of the Week Points that are used t o customize player characters and weapons, buy perks, open new maps and other stuff. The PC version of Zombie Kill of the Week – Reborn has arrived at a price of £4.99 €5.99 and $6.99. It features an exclusive level editor giving the community an opportunity to create their own levels that can be freely shared among players. There are numerous possibilities to create various challenging and interesting levels. 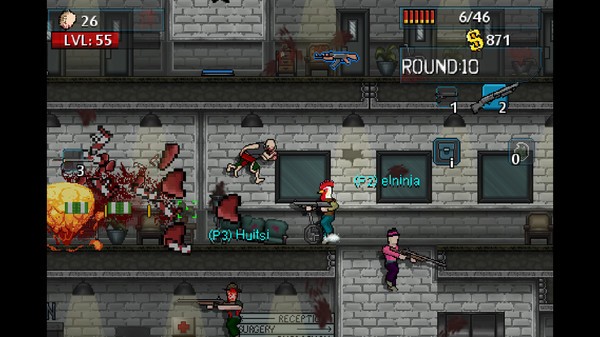 Game features killing zombies with a crazy arsenal of weapons, over 20 Steam Achievements, 4 unique maps, exclusive level editor for PC and cooperative multiplayer for up to four players. All of the highscores can be tracked online. It has a full controller support. There are great amounts of player weapon and character customization options, skills, trophies, perks, blood and gore. The music score is composed by Roland La Goy.

Zombie Kill of the Week – Reborn game supports cross platform gameplay that is compatible with Android and Mobile devices allowing players to experience it everywhere.