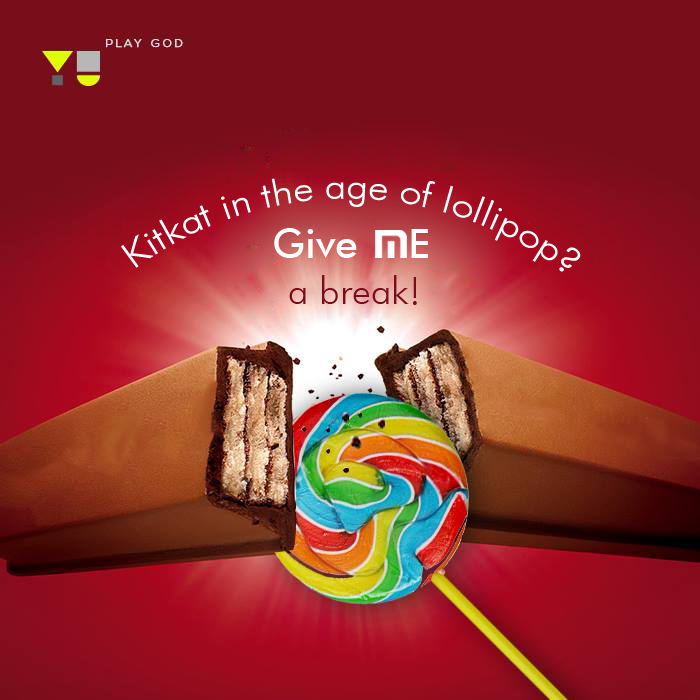 Indian manufacturer Micromax’s wholly-owned subsidiary Yu Televentures has started teasing its second handset, codenamed Project Caesar. The handset is set to launch sometime next month, and will continue to offer CyanogenMod out of the box following an exclusive partnership between the two companies in India.

In the teaser, Yu says, “Stay tuned, the fYUture is coming!” followed by an image of a lollipop and a finger of KitKat, with the tagline, “KitKat in the age of Lollipop? Give Me a break.”

The Me stylization is a reference to Xiaomi’s Mi branding in India, and the remark is concerning the fact that MIUI 6 — the latest version of the operating system found on Xiaomi’s products — is still based on Android 4.4 KitKat.

While the teaser is further proof that Yu’s upcoming smartphone will run CyanogenMod 12, which is based on Android 5.0 Lollipop, out of the box. The device itself is said to be a Qualcomm reference design with mid-range hardware that will be offered at an affordable price tag, as is the case with Yu Yureka, which is essentially a rebranded Coolpad F2 that offers a 720p display, Snapdragon 615 SoC, 2GB RAM, 16GB internal memory, 13MP camera, 5MP front camera and a 2,500mAh battery for the equivalent of $150.

Yu has been steadily gaining attraction since launching the Yureka in India late last year, accruing over 175,000 sales thus far. The handset is set to make the switch to Android 5.0 in the coming weeks, with the possibility of the update coinciding with the launch of the second Yu handset looking likely at this stage. It is clear that Yu is positioning itself as a direct competitor to Xiaomi, with both vendors offering a differentiated software experience along with stellar hardware at an affordable price.

Xiaomi is set to launch the Mi Pad and Redmi 2 later this month, and it is entirely within the realm of reason that Yu’s next handset will target Xiaomi’s upcoming handset.