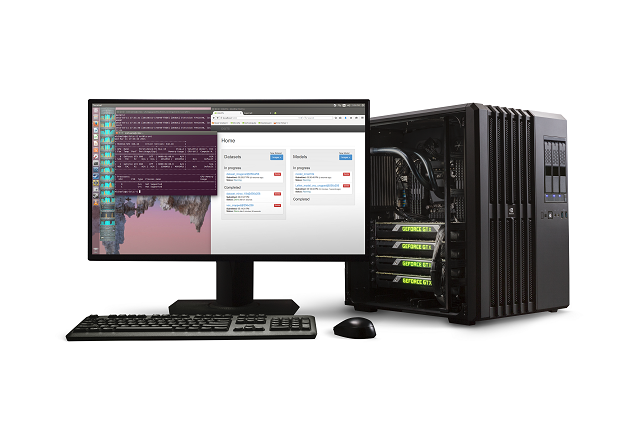 Nvidia (NASDAQ:NVDA) has announced its own computing solution aimed at deep-learning researchers at the GPU Technology Conference. Called Digits DevBox, the system includes four Titan X GPUs in quad-SLI, making it the most powerful configuration of GPU hardware in a single PC available today.

The box will feature the Digits software framework, which gives deep-learning researchers a series of tools that will enable them to configure and monitor deep neural networks, as well as process data. The system itself is powered by Ubuntu 14.04, and comes with the following frameworks and libraries installed: Caffe, Torch, Theano, BIDMach, cuDNN v2, and CUDA 7.0.

Other hardware includes an Asus X99 motherboard with an Intel Haswell-E Core i7  processor, a combination of mechanical and flash-based storage that includes 3×3 TB drives in RAID 5, as well as  M.2 SATA and SSDs along with a 1500W power supply.

The cost of the system at $15,000 is several times more than what you pay for just the hardware, so it’s clear Nvidia is also chrging a premium for its software-driven framework. The chip vendor is now taking registrations for the Digits DevBox, and there’s an online configurator as well that can be accessed by filling out this form.