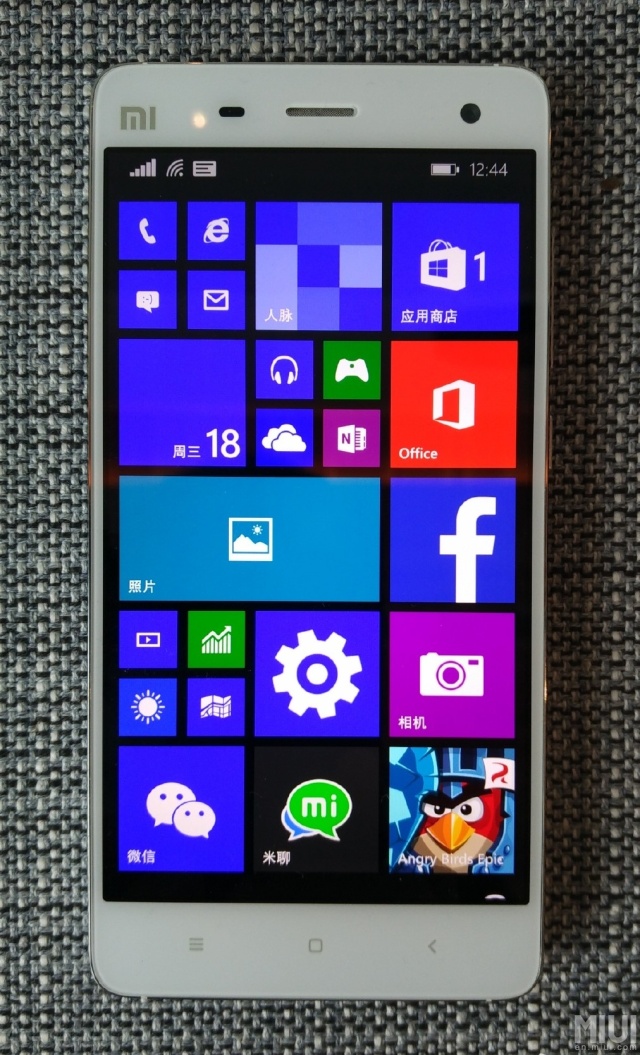 Microsoft’s (NASDAQ:MSFT) latest plan to get Windows 10 for phones on more devices involves collaborating with Chinese manufacturer Xiaomi in offering a custom Android ROM that effectively allows devices like the Mi 4 to run Windows 10.

From what has been revealed thus far, the deal seems less like a partnership and more like Microsoft trying to gain feedback from Xiaomi’s community of fans, who are some of the most vocal when it comes to sharing their thoughts on new software updates.

As part of the Windows Insider Program, Microsoft will partner with Xiaomi to offer Windows 10 free downloads to a select group of Xiaomi Mi4 users. Xiaomi Mi4 users will get the ability to flash their phones with the new Windows 10 OS and provide feedback to Xiaomi and Microsoft on their experience.

This partnership will allow Xiaomi and Microsoft to get direct user feedback and continue to improve the experience for China. Microsoft is thrilled to see Xiaomi embracing Windows 10 and offering this great value to their customers. We’re excited to see the feedback we receive from this audience.

Since Xiaomi actively encourages users to install custom ROMs on its hardware, Microsoft’s Windows 10 is seen as just another alternative among the likes of CyanogenMod, Paranoid Android and AOSP builds.

An image of a Mi 4 — which comes with hardware that is better than anything currently available on Windows Phone — running Windows 10 was posted on the MIUI forum, with the statement that the ROM would be made available to the community shortly.

What Microsoft’s intentions at this stage in launching a ROM tailored to run Windows 10 is unclear, but with Windows Phone steadily coming to parity with Android at a hardware-level, it is possible that the software giant is looking to increase the number of devices that have Windows 10 installed without actually having to launch any.

By offering a ROM, Microsoft is allowing users to try and test out the features on offer from Windows Phone, which ultimately leads to an increased interest in the platform. Android’s customizability continues to be one of its strong points, and if Microsoft can cater to that segment of power users, it stands to gain valuable feedback as well as a new outlet through which to increase the number of customers using its services.