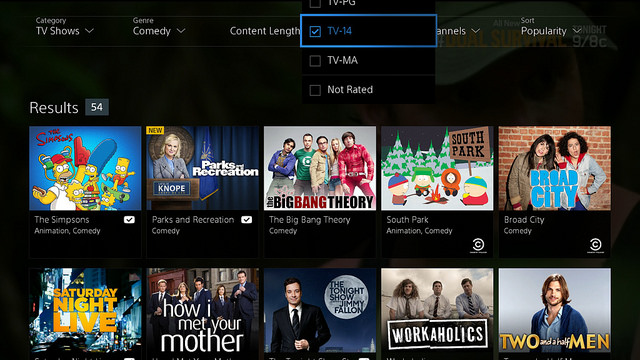 PS Vue “aims to take the burden out of watching television”, and essentially unifies all the functionality of a cable set-top box with a customized Netflix-like subscription model.

Subscribers can schedule, record and save their favorite TV shows thanks to Vue’s DVR, and since the content goes directly to Sony’s cloud network, you won’t have to worry about all that HD video eating up your precious hard drive space.

The service also has a considerable on-demand presence that taps into Sony’s established PlayStation Store content. “Vuers” get the further benefit of a “smart customization” feature that learns what you like and adapts to your preferences, tailoring to your specific tastes. 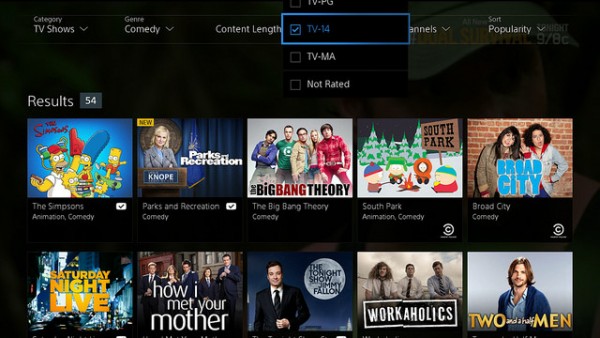 Subscription fees are on a month-by-month basis, and there are three different plans: $50 a month for Access, $60 a month for Core and $70 monthly for Elite.

Each successive tier delivers more channel options, and Core brings a dedicated sports package whereas the Elite plan includes everything in the previous tiers along with extra lifestyle, music and family channels

If you live in the trio of launch cities you can get a free 7-day trial to PlayStation Vue. 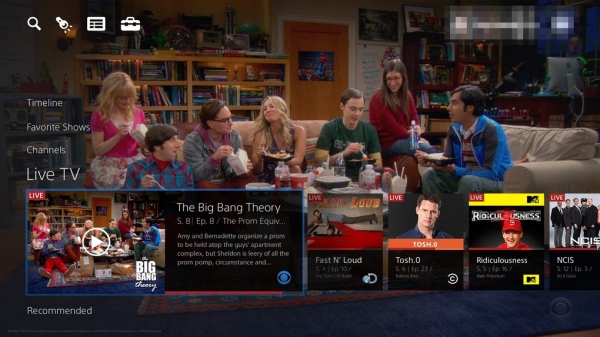 The service launches today with “over 75 channels” including major content providers like Fox, CBS, Comedy Central, Bravo, Nickelodeon and even AMC, which will be available next month. Below we have a handy list of what you can expect from the service:

Sony’s bold gambit to circumvent cable and satellite providers might pave the way for other console-makers to follow suit. With PlayStation Vue, Sony’s home consoles become decidedly all-in-one style systems that embrace a new frontier of TV-over-internet streaming on a games console.

It’ll be interesting to see how the market responds to the service, and what kinks and follies arise on the way. First and foremost is Sony’s problem with securing customer’s credit card info with it’s shaky online framework, whose security has been make a mockery of time and time again.

It might be possible to use prepaid PS Store cards to pay for the recurring monthly fee, but odds are that you’ll need to use a credit card, and that means entrusting Sony with a responsibility it’s proven it’s not so ready to handle.

Be sure to drop by the official PS Vue website for more info.