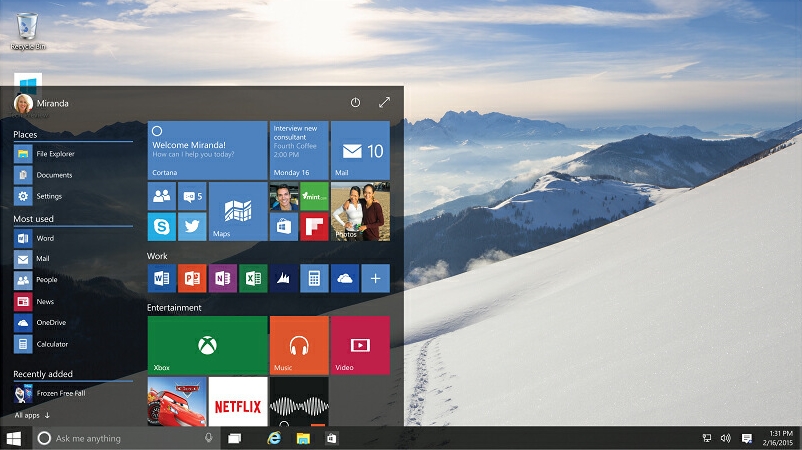 At the WinHEC event in Shenzhen, China, Microsoft’s (NASDAQ:MSFT) head of operating systems Terry Myerson announced that Windows 10 will be launching this summer in 190 countries. Several new features were demoed as well, along with the announcement that a country-specific version of Cortana would be available in Mandarin.

Microsoft also revealed that it is partnering with several Chinese tech companies to increase its presence in the country. Lenovo (HKG:0992), the world’s largest PC maker, has announced that it will make Windows 10 upgrade services available at more than 2,500 locations in China. Lenovo also said that it would be launching its first Windows Phone mid-2015. Specific details about the hardware were not revealed, but considering that the device will be sold through China Mobile, it is likely Lenovo will target the masses with an entry-level or mid-tier offering.

Chinese internet portal Tencent (HKG:0700) is also collaborating with Microsoft in making Windows 10 available to as many of its customers as soon as possible. The vendor stated that it would be launching the highly popular League of Legends on the Windows 10 store, and that it would make several of its apps universal for Windows 10.

In terms of features, Microsoft announced that Windows 10 would get a new biometric authentication system dubbed Windows Hello. Through the feature, you can use your face, iris or fingerprint to unlock your Windows 10 computer. As is the case when implementing biometric authentication, the feature will require specialised hardware, with Microsoft stating that it is working with OEMs to include Intel’s RealSense F200 sensor in their Windows 10-based hardware.

Windows 10 for IoT devices was also highlighted, with Microsoft stating that it will give away the upcoming version of the operating system for free to the maker community. There will be specialised versions of Windows 10 based on the hardware use-case, with products tailored for powerful devices like ATMs and ultrasound machines, to low-energy consuming machines like gateways. Microsoft is also collaborating with Intel (NASDAQ:INTC), Qualcomm (NASDAQ:QCOM) and Raspberry to launch tools and developer kits for the IoT platform. Qualcomm’s DragonBoard 410C was selected as the first dev board for Windows 10 in this segment, with the kit offering integrated Wi-Fi 802.11 b/g/n, Bluetooth, GPS, single-channel LPDDR2/3 memory and a Snapdragon 410 SoC.