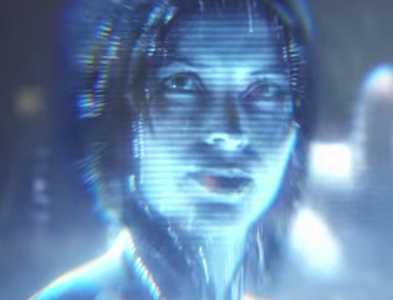 Spoiler Warning: Major plot spoilers for Halo 4 are included below. If you haven’t finished the game yet be sure to turn away!

It looks like Cortana will make an appearance in 343 Industries’ new continuation of the sci-fi franchise, Halo 5: Guardians.

Mike Colter, the actor that portrays one of the game’s principal protagonists Agent Locke, name-dropped the iconic AI in a recent interview with IGN.

Although the interview was primarily focused on Colter’s Spartan hero, he mentioned that Cortana will be “involved” in Halo 5 despite the events that unfolded in Master Chief’s previous adventure:

“When he goes into Halo 5, you’ll see him transition into a Spartan, a super soldier. It’s a prominent role within the game. Obviously Master Chief will be involved, Cortana, but Locke will be one of the playable characters in Halo 5.

Now that’s just a brief tiny snippet with no actual substantial info, just what looks like a confirmation that Cortana’s in the game. We don’t know in what capacity, though, and she could easily appear in a flashback sequence on Master Chief’s side.

What we do know, though, is that gamers will see plenty of Commander James Locke during Halo 5‘s multi-faceted campaign. Colter also affirms Locke is here to stay for the forseeable future, and will return in future Halo games as well.

“He’ll have a prominent role. He’s one of the new additions that will be featured throughout the next couple of video games So you’ll see a lot of Commander James Locke.”

That last bit is kind of tricky. Does this mean Locke will replace Master Chief? Can Spartan 117 ever be replaced? Also will Halo 5 be the first game we don’t play as John 117?

I personally don’t think so, and it just won’t be the same without MC at the helm. Then again the franchise has to move forward and our old luck-infused “demon” can’t live forever…and Locke might be the next to carry the Mantle of Responsibility as Halo‘s new flagship icon. 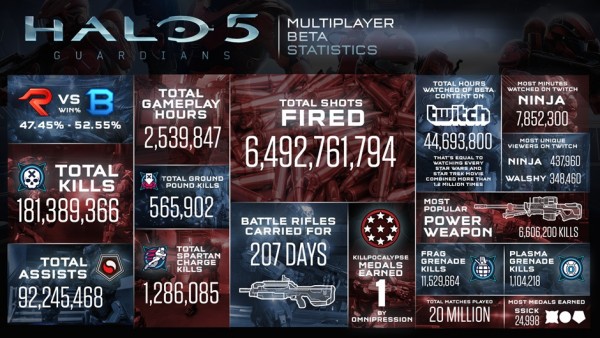 The Halo 5 multiplayer beta test was a rousing success, generating some impressive stats and arming 343 Industries with valuable data.

In other exciting Halo news, executive producer Josh Holmes revealed that Halo 5 will have dedicated servers for everything from online matchmaking to custom games. Holmes confirmed that 343i plans to do away with the peer-to-peer style networking, eliminating the dreaded “host advantage” scenario.

“We only have dedicated servers for MP in Halo 5: Guardians,” Holmes confirmed in a post on the Beyond Entertainment forums. “That’s true for matchmaking AND customs. There is no P2P.”

No one knows exactly what’s in store for Halo fans when Guardians releases exclusively on Xbox One later this year, but everyone’s excited.