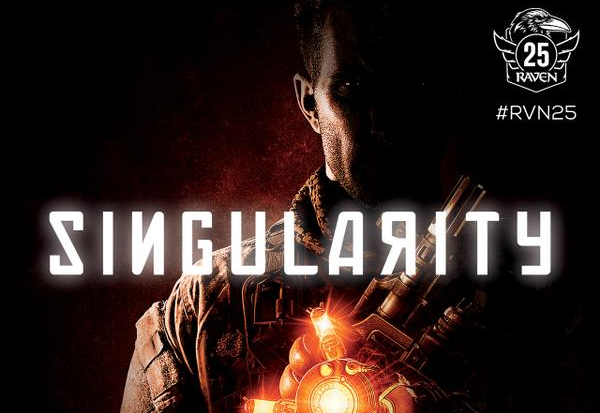 As part of its 25th anniversary, Raven Software has delivered a brief enigmatic Tweet that teased a possible return to Katorga-12, that memorable island where time and space fluxed and waned.

“We’re going back,” the Tweet proclaims, punctuated with a Katorga-12 hashtag.

It’s been half a decade since Raven Software released Singularity, one of the most strikingly unique FPS titles in recent memory that mashed up survival horror and FPS with a riveting story arc.

It also introduced us to one of the most amazing toys in any game–the Time Manipulation Device, which can bend the very fabric of time and reality. Think of the Portal gun only dealing with time and space, and you have an approximation.

Resurrecting Singularity is a no-brainer for Activision considering how derivative the Call of Duty franchise has become, and a fresh new release could help bolster the lineup of games.

At this point we don’t know for sure what Raven Soft has up their sleeves. Nothing has been officially announced, and it looks like the devs are testing the waters and stirring things up, and so far, gamers are excited about the tease.

There are a couple ways this could play out. Maybe Singularity will get a direct sequel, or maybe a remastered Xbox One and PlayStation 4 port is in the cards. Or it could be a brand new reboot that fleshes out untold stories and diverges on a whole new tangent altogether.