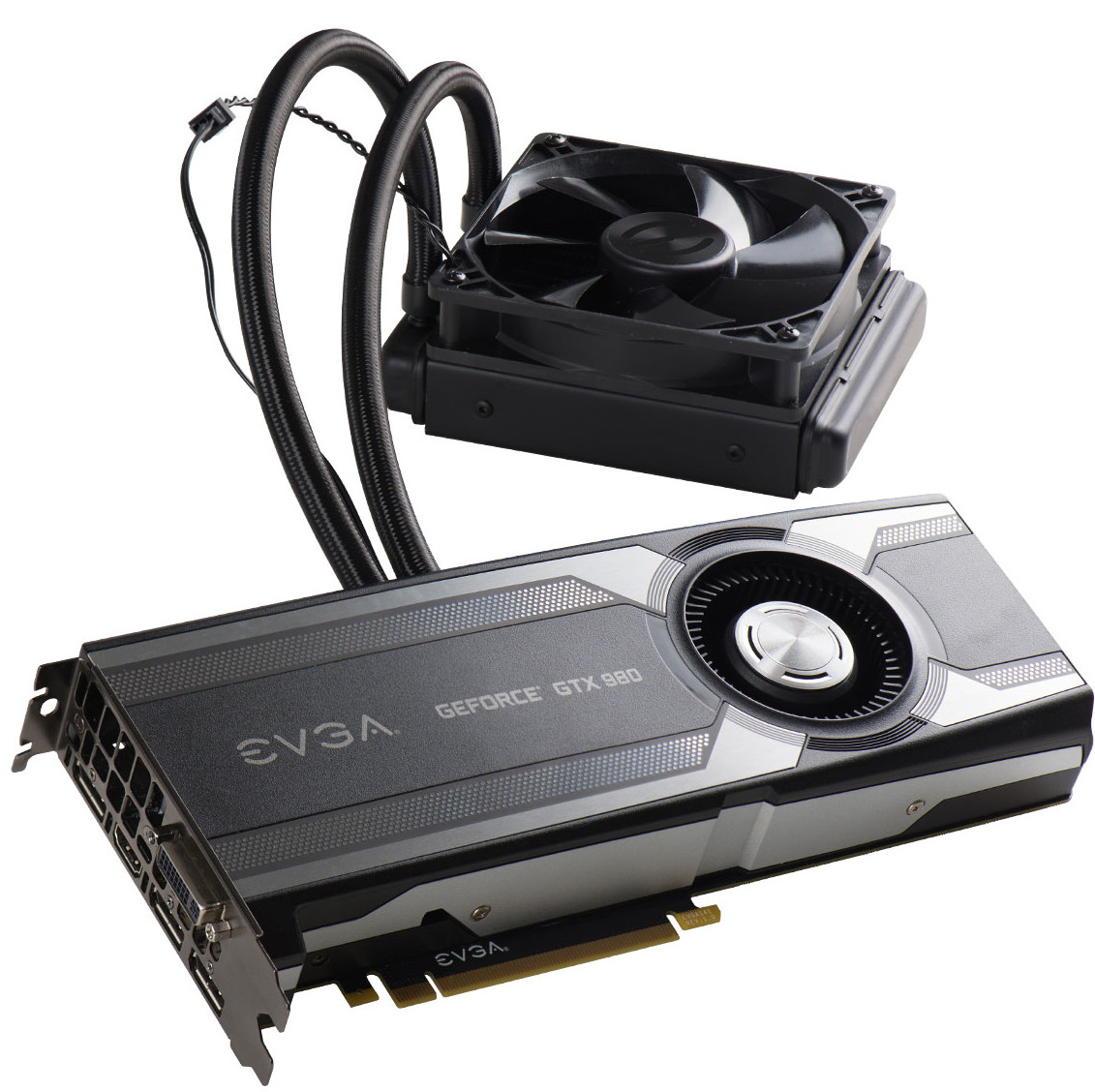 EVGA has launched the first GeForce GTX 980 with an all-in-one liquid and air cooler, with the card dubbed the GTX 980 Hybrid. The custom cooling option is claimed to reduce temperatures by a full 25 degrees Celsius when compared to a reference GTX 980, allowing EVGA to substantially overclock the card out of the gate.

The GTX 980 Hybrid features a base clock of 1291MHz and a boost clock of 1393MHz, with the vendor stating that there will be plenty headroom left for further overclocking. The card comes with 4GB GDDR5 memory on a 256-bit interface and a bandwidth of 7010MHz. The liquid-cooled portion directs heat away from the GPU, while the included air cooler is used to cool the memory and VRM sections of the video card.

This isn’t the first AIO liquid-cooled video card, as that distinction goes to AMD’s Radeon R9 295X2, but this is the first time we’re seeing this system used on the GTX 980. Based on Nvidia’s (NASDAQ:NVDA) new Maxwell architecture, the GTX 980 features the GM2014 GPU with 2048 CUDA cores.