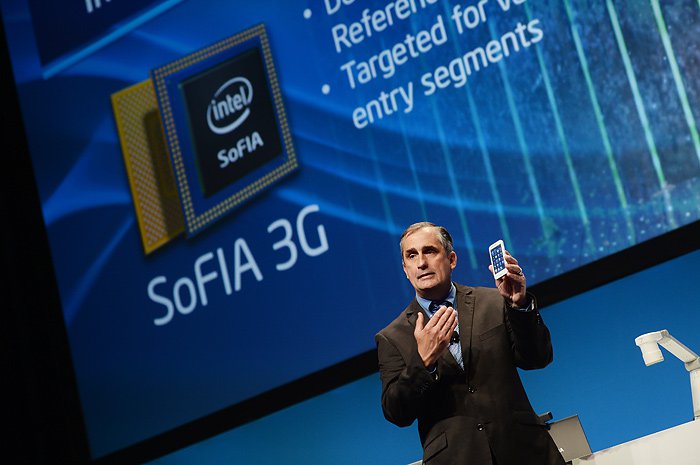 The 2015 Shenzhen Intel (NASDAQ: INTC) Developer Forum kicks off Tuesday, the second event Intel is hosting in the city.

Like its San Francisco counterpart, IDF Shenzhen was a very mobile-centric event. At last year’s event, Brian Krzanich, the company’s CEO, made some very aggressive promises.

But one year later, where is Intel on these promises?

Without a doubt the most aggressive promise Intel made at IDF Shenzhen 2014 was shipping 40 million Intel powered tablets in 2014.

The tablet SoC market is dominated by ARM’s (LON: ARM) silicon. To grow that much in one year would be a herculean task for any company, and many analysts thought it would be an impossible task. But in January 2015 Intel announced that it had met, and even beaten, its goal: 46 million.

But to get to that goal Intel paid a handsome cost that would be impossible for any of its competitors even consider undertaking. In its yearly earnings call in January Intel said that is mobile and communications division posted a loss of $4.21 billion for the 2014 fiscal year. Income for the division for the year was razor thin, only coming in at $202 million.

However for Intel this was total war. Posting this kind of loss was an acceptable cost for achieving victory.

This goal was intended to establish Intel Architecture in the marketplace,” Intel CEO Brian Krzanich said during the company’s earnings call. “We don’t need to go out and outpace the market for this year,” he continued. “A key goal for mobility is to improve profitability.”

This strategy pushed Intel’s x86 competitor out of the market entirely. Although AMD never really was a contender in the tablet space, the company decided to concede the market entirely once it realized the lengths Intel was willing to go to achieve dominance in the market.

“We’re evaluating [tablets] closely. It’s not our priority,” Kevin Lensing, senior director for mobility solutions at AMD, said in a November interview. Lensing explained that the margins just were not there for AMD to justify its attempts at entering the market, on top of Intel’s aggressive behavior.

Now that Intel has hit its goal, the question is: can it make a profit?

The other big announcement from Intel at IDF Shenzhen 2014 was the establishment of a $100 million “China Smart Device Innovation Fund” and innovation center to help Chinese vendors jumpstart their mobile ambitions with Intel cash and know-how.

Tracking the deliverables surrounding this promise has been a bit tricky, as Intel’s bigger China-themed announcements this year such as the $1.5 billion investment in Tsinghua Unigroup have pushed it to the sidelines.

To date Intel has disbursed $28 million from the $100 million pot. The list of companies that have received the funds, and what projects they have used them for, has not been widely publicized.

It’s also understood that the company’s innovation center is not going as planned. Sources said Kirk Skaugen’s platform development center in Shenzhen was supposed to have 600 engineers, and to date it’s understood that there are only 150. In addition key high-level R&D personnel have returned to the United States.

What’s in store for this year?

This year’s IDF event is a much shorter affair than last year. With Intel no longer as hungry for market wins as it was last year, it’s doubtful that it will be as high profile as the year prior.