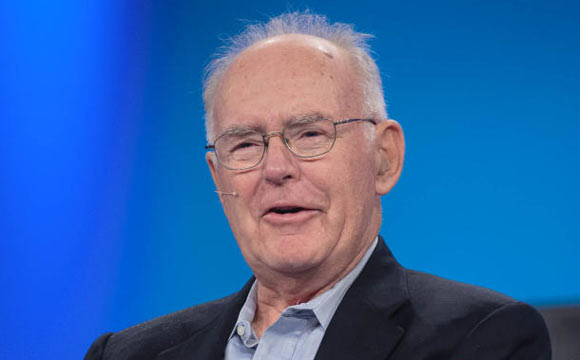 Rewind to 1965 and computers were a far cry from what they are today. They were simple machines that took up warehouses, and were only capable of doing the most simplistic of all mathematical problems. They were not on our desks, nor in our pockets.

It was on April 19 of this year that Gordon Moore, then the research boss of Fairchild Semiconductor (NASDAQ: FCS) penned in Electronics Magazine what would be later known as “Moore’s Law”, the prediction that every 50 years the number of transistors on a computer chip would double every year while the cost of the chip would remain constant.

Once the number of per-chip transistors hit 65,000 in 1975, Moore revised his prediction to state that the number would double every two years instead. 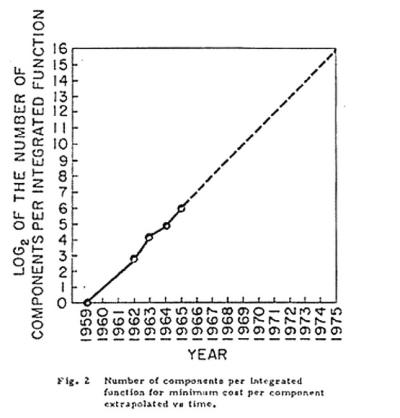 Moore predicted that eventually this would lead to smaller, faster computers that could fit on our desks or take the role of enhanced “portable communications equipment”.

“Integrated circuits will lead to such wonders as home computers—or at least terminals connected to a central computer—automatic controls for automobiles, and personal portable communications equipment,” he wrote at the time.

“In the beginning, it was just a way of chronicling the progress,” Moore said in an interview posted by Intel on the anniversary of the law. “But gradually, it became something that the various industry participants recognized. … You had to be at least that fast or you were falling behind.”

How long will it last?

The obvious barrier to a continuation of Moore’s Law is physics itself. Eventually it might not be possible to put so many transistors on a single chip because the chips themselves are so small. Moore’s Intel (NASDAQ: INTC) is now pushing out chips at 14nm. Intel won’t speculate or comment with any certainty on its next steps, but chips made at the 10nm and 7nm process nodes are on the horizon.

But what’s next? Informed watchers of Intel will say that the 10nm chips will start being produced in late 2016 (though it’s far from certain) with 7nm at 2018. 5nm will be in 2020, which then brings us transistors that are even smaller than a DNA strand. Exponential growth can’t go on for much longer, considering how small transistors will be by then. But Intel has a history of proving the naysayers of Moore’s Law wrong. And with nearly infinite resources for R&D, who knows how small the transistors of the future will be?