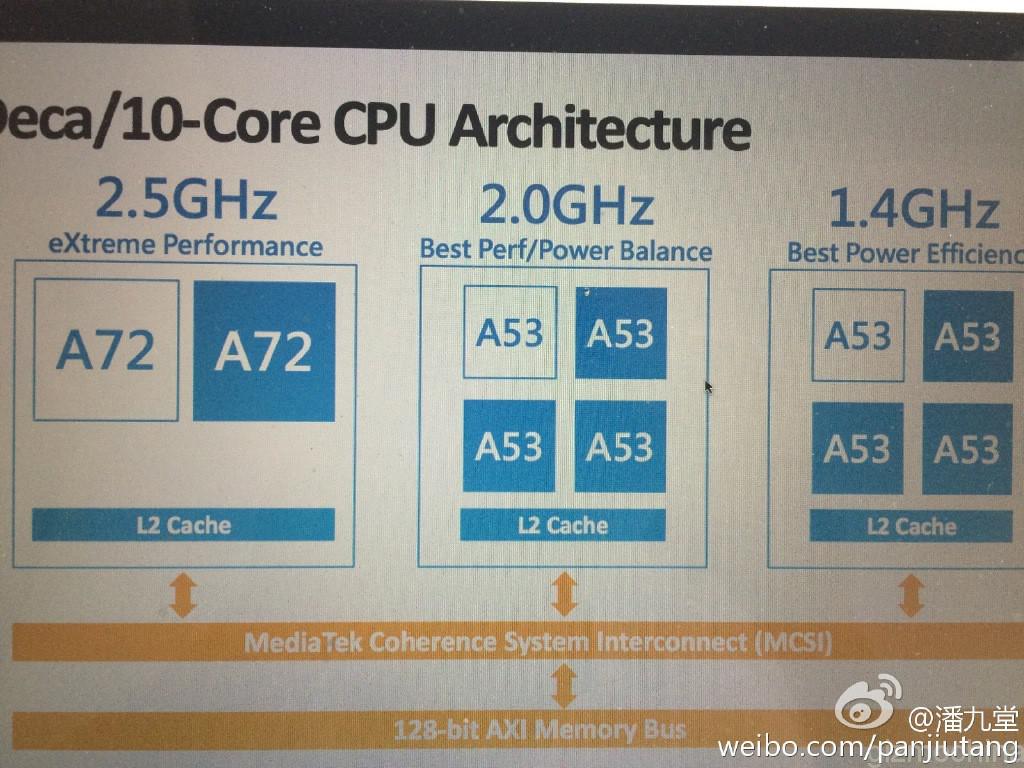 After succeeding in the entry-level segment, MediaTek (TPE:2454) set its sights on the high-end market with the octa-core MT6795 SoC, built on its Helio X10 architecture. The chip vendor is now looking ahead with its upcoming MT6797 SoC, which will be a 10-core offering.

The new chip is said to offer performance gains of up to 40% over the current MT6795, while breaking the 70,000 barrier in AnTuTu benchmarks. The chip is said to utilize MediaTek’s custom tri-cluster CPU architecture, with the two variants of the Cortex A53 featured in an ARM big.LITTLE arrangement.

The SoC will be produced on TSMC’s 20nm node and will offer LTE Category 6 connectivity, which allows download speeds of up to 300Mbit/sec. Production is set to commence in the month of July, with commercial availability slated for sometime in the last quarter of 2015.

At this stage, a ten-core CPU sounds like overkill, although that was what was claimed last year when octa-core CPUs made their debut. What’s more interesting is whether MediaTek can break into the high-end segment with its offerings, which are traditionally more affordable than Qualcomm (NASDAQ:QCOM). The MT6795 managed to secure a key hardware win in the HTC One M9+. The handset, boasting a QHD display, 3GB RAM and 32GB storage, was made available in China, and was announced in India earlier this month, and is priced higher than the standard variant of the One M9, which boasts a Snapdragon 810 and a full-HD display.