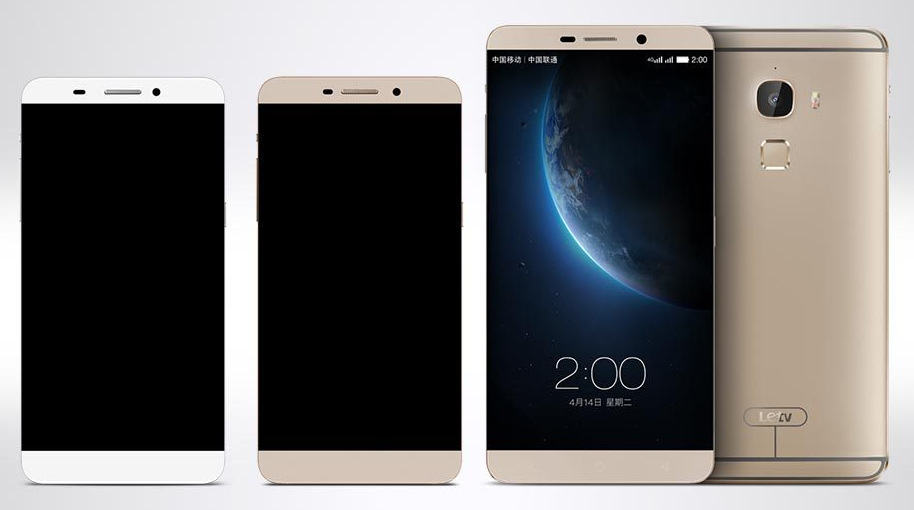 Last year saw the entrance of several Chinese handset manufacturers in the Indian market, and it looks like this year will be the same as Chinese media streaming giant LeTV has announced that it will start selling handsets in India from later this year.

LeTV is squarely targeting the mid-tier segment with its devices, with the media giant unveiling three handsets initially. The Le 1 is the most affordable of the lot, and offers a 5.5-inch full-HD display, MediaTek’s flagship MT6795 SoC that runs on the Helio X10 architecture, 3GB RAM, 16GB storage, 13MP camera with OIS, 5MP front shooter and a 3,000mAh battery.

All three phones are among the first in the world to come with the USB Type-C connector. The Le 1 boasts a plastic design with a metal frame, with the more premium Le 1 Pro and Le Max featuring aluminum unibody designs. The Le Max and Le 1 Pro look very similar design-wise to Huawei’s Ascend Mate 7 and the One M8, which while making either device stand out don’t necessarily make them unique. On the software front, the devices run eUI, a custom skin that runs on Android 5.0.

Going ‘all out’ in India

One of the main reasons for Xiaomi’s success in India has to do with the fanbase it managed to build in the country in such a short time. Xiaomi calls its users “Mi fans” and regularly engages with meetups and events hosted across the country. LeTV is looking to achieve a similar feat by announcing that it will let its customers decide how much they want to pay for its flagship device, the Le Max. LeTV has publicly made available the bill of materials for all teh hardware components it is using in its handsets, and is setting the prices for its devices accordingly.

The Le 1 will be offered in the country for about the same price as it retails for in China, which is at $250. The Le 1 Pro will be available for around $415. LeTV mentions that it will sell these two devices for lesser than their manufacturing cost in a move that is reminiscent of vendors like OnePlus. For the Le Max, LeTV will ultimately choose a price provided by its customers that is closest to the BOM. With LeTV’s main revenue driver being its video streaming business, the Chinese vendor is content with selling devices at manufacturing cost to gain a userbase.

While LeTV will heavily focus on its content ecosystem on its devices in China, the vendor will offer Google’s services in India. The brand mentioned that it will be looking to strike deals with content providers in the country to before launching its phones, and that it will offer localised versions of its software made possible by an R&D facility that is currently being set up. LETV founder Jia Yueting said that the brand will go “all out” in terms of investing in India, which will be welcome news to customers based in the country.

Although a clear launch date was not mentioned by LeTV, what we know is that the handsets will be sold online-only. With stellar hardware on offer for affordable prices, there is no doubt that LeTV will attract a significant amount of attention once it launches in India later this year. The mid-tier segment is currently dominated by Xiaomi, Motorola and Lenovo, and in a country where value for money is often the deciding factor in choosing a phone, LeTV’s devices will be well-received.