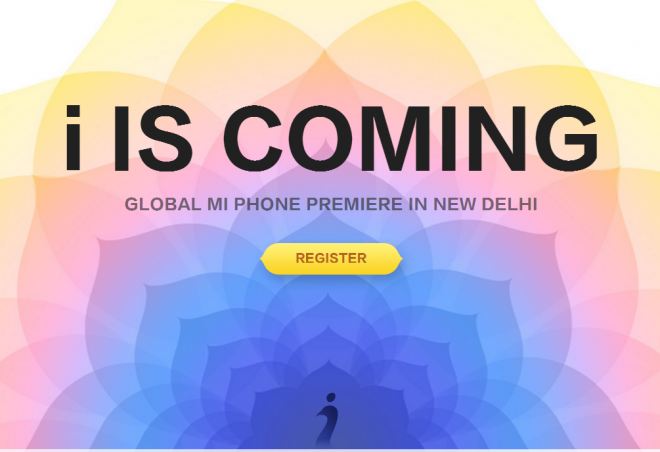 Xiaomi is about to unveil its first handset designed for the Indian market on April 23, with the phone rumored to be called the Mi 4i. To drum up interest for the event — which is the first major announcement taking place outside of Xiaomi’s home country — the Chinese vendor has taken to social media to post teasers on the features offered by the upcoming phone.

Based on Xiaomi’s tweets, the Mi 4i will offer a large battery and a high-resolution display in a form factor that’s comfortable to use one-handed:

While there’s no indication as to the hardware the device will feature, recent leaks suggest that the Mi 4i will feature a 4.9-inch full-HD screen, 64-bit 1.65GHz octa-core Snapdragon 615 SoC, Adreno 405 GPU, 2GB RAM, 16GB internal memory, 12MP camera, 4.8Mp front shooter and Android 5.0.2 out of the box. Given that the latest iteration of MIUI 6 is based on Android 4.4.4 KitKat, it is likely we’ll see the global debut of a new version of MIUI at the launch event as well. MIUI has gained traction worldwide as a custom ROM, with Xiaomi announcing earlier this year that there are over 100 million users of the ROM worldwide.

After making its debut in India last year, Xiaomi has witnessed considerable success in the country, and is now looking to expand its visibility. The vendor has started setting up “experience stores” across the country that allow customers to get hands-on time with Xiaomi’s products, with the stores also providing after-sales assistance. Earlier this month, Xiaomi announced that its handsets will be available via Amazon India and Snapdeal, thus ending its exclusivity with Flipkart.