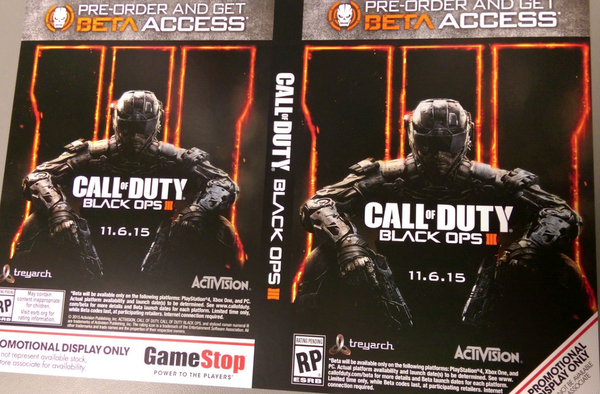 Although Call of Duty: Black Ops 3 is set for a reveal tomorrow, it looks like the game’s release date and beta access info have been leaked ahead of schedule.

According to a leaked GameStop promo the Black Ops 3 release date is  November 6, 2015–a date that falls right in line with Activision’s (NASDAQ: ATVI) usual release month for the franchise.

Black Ops 3 will have the standard “pre-order for beta access” sales gimmick that’s commonplace for AAA first-person shooters, so there’s no big surprise there.

What is a surprise is that the beta will apparently only be for current gen consoles and PC, leaving the Xbox 360 and PS3 out to dry.

“Beta will only be available only on the following platforms: PlayStation 4, Xbox One and PC,” says the fine print on the leaked promo.

And it looks like Activision hasn’t yet finalized the platforms that Black Ops 3 will be playable on.

“Actual platform availability and launch date(s) to be determined,” says the fine print. This pretty much hints that the game could be released first on PS4, Xbox One and PC and later on other consoles. 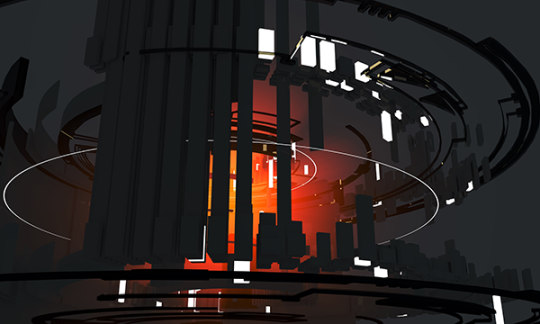 In other Black Ops 3 news, a new alternate reality (AR) site has been unearthed, revealing new info on the game’s backstory and linking the recent chilling Ember teaser trailer.

The website is called http://www.enhanceyourselfforabettertomorrow.info, and to get in you have to type in BLUEBIRD as the password, in all caps.

The site quite interesting and mysterious, and appears to be a log of simulations set in chronological order that unearth more details on the Coalesce Corporation, one of the major firms that provided biological augmentations.

Each “module” is set in various timeframes in the future and recounts important interactions between scientists and various characters. The simulations also discuss and allude to experiments, some of which are directly connected to the military’s high-tech super soldier experiments.