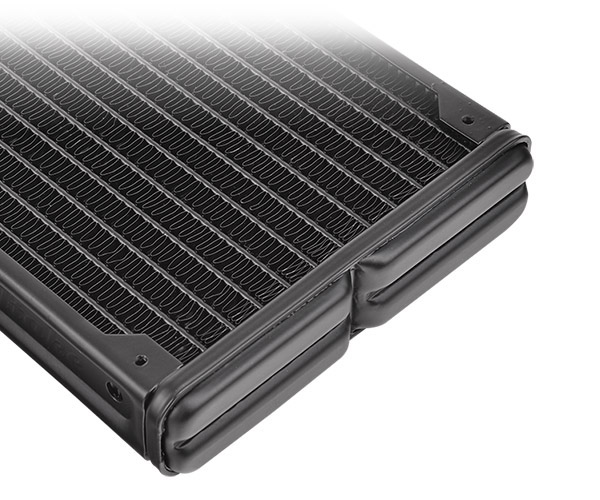 Thermaltake has always been known as a brand favored by enthusiasts and gamers. Sticking to its roots, last week the company released a new lineup of radiators called “Pacific” that promises to offer more efficient heat transfer due to an enhanced construction method.

“An exceptional manufacturing process using high temperature brazing at 1022℉/550℃ sets Pacific Radiators in a class of their own,” Thermaltake explained in a press release. “Integrated G1/4-inch threads make it easy to install, while rigid connections ensure they are leak-resistant. With an ideal mounting, fitting and flow set-up, the Thermaltake Pacific Radiator Series is guaranteed to go above and beyond your current cooling standards.”

Thermaltake says that the connections in these radiators are not soldered like traditional models. Instead they use something called a “controlled atmosphere brazing line” that provides a cleaner connection between parts and thus more uniform heat transfer.

Pricing and availability have yet to be announced.