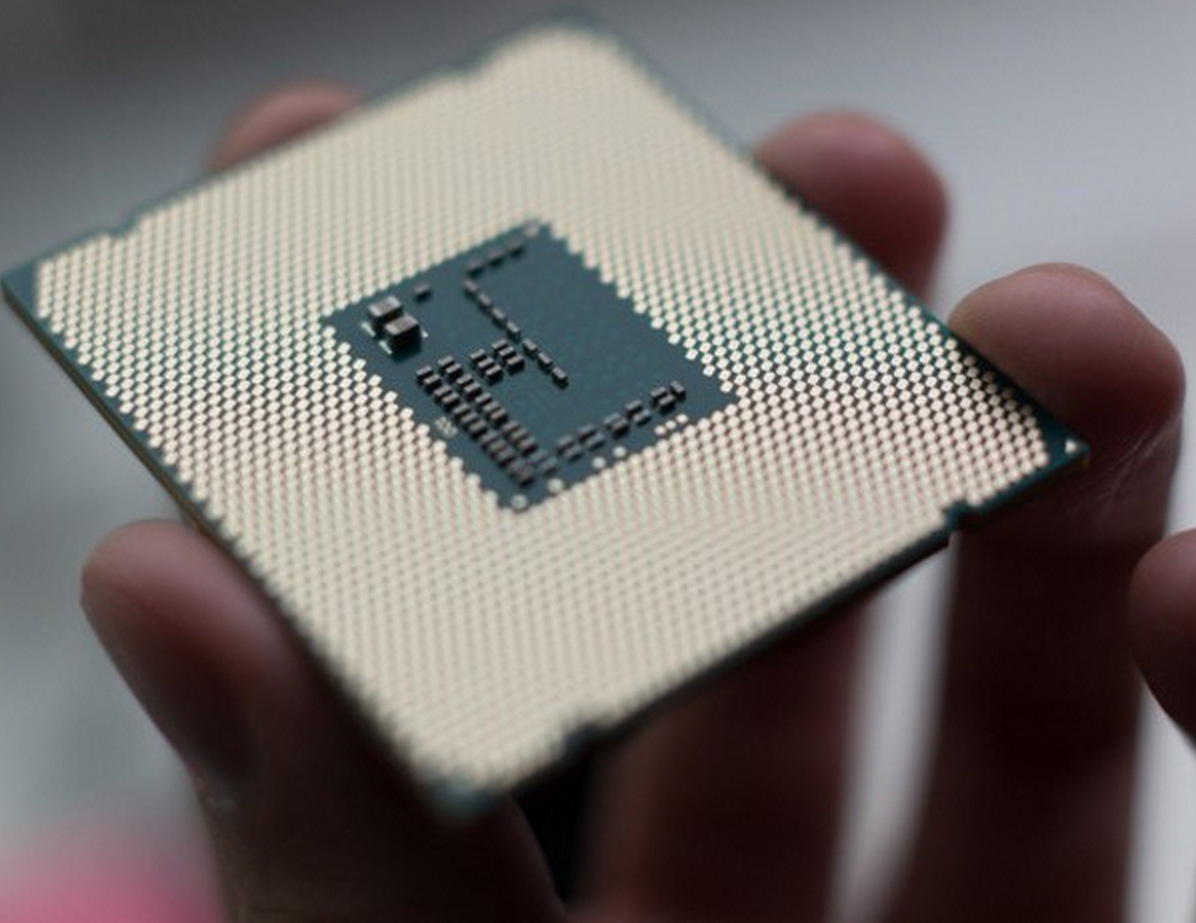 Intel Core i7-5775C, one of just only two LGA models in Intel's lineup.

In my 30-year career as an IT hardware expert, I’ve seen thousands of roadmaps, leaked, manage-leaked and official alike. Many were on target, yet still quite a few headed for the “failed” dustbin. Among all of them, Intel’s “tick-tock” plan was probably the most ambitious one in terms of attempted consistency and predictability.

Knowing the multiple interlinked uncertainties of semiconductor process, CPU architecture, ecosystem changes and others, it was a wonder in itself that it lasted for several years, until the major slippages occurred in the Sandy Bridge generation. From then on, not only there were major delays introduced to the high end lines as the desktop and mobiles got the first priority as new process launch tests, but these mainstream lines also got delayed relative to the original tick tock cadence.

Enter Year 2015 – the best example of how the stretching and compressing of the tick tock resulted in a situation not seen before not just in Intel, but in the CPU industry as a whole. This year, namely, three CPU generations are overlapped in Intel’s desktop and mobile roadmaps: Haswell, Broadwell and Skylake. The leaked slide shown already on a couple of websites shows it all: 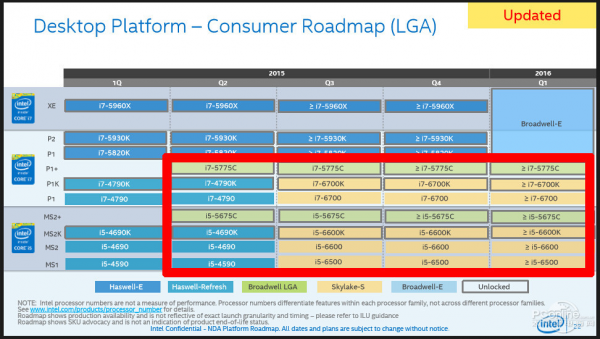 Leaked roadmap slide shows that desktop platform will only have two LGA parts, all others will be embedded BGA. Death knell for the motherboard industry? Source: PCOnline

Explanations are not needed: the compression of three roadmap steps in one year, with Broadwell dropped from the upper level of mainstream desktops and mobiles in exchange for Haswell Refresh directly going to Skylake (and new sockets & mainboards), with all three revs tightly following each other on the mid-level product positions. The rumors of initial 10 nm Cannonlake appearing on the 2016 Fall IDF, thus keeping the Skylake mainstream to roughly one year lifespan, compound the confusion.

So, what is the impact for you, the user? If in need of a top bin mainstream quad core desktop, it pays to wait another quarter to see the Skylake parts expected on the 2015 Fall IDF event. The platform you get then will not only allow you a choice between mature DDR3 or the new DDR4 memory, but also be good enough for that Cannonlake CPU upgrade a year later, if such is worth it at the time. 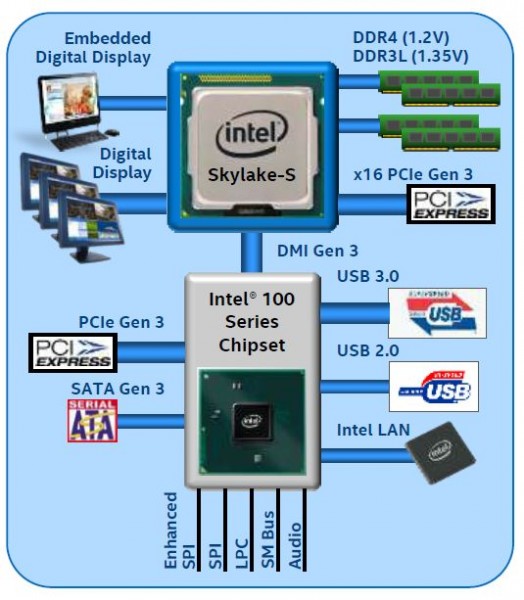 Intel Skylake will introduce 100 Series chipset. As you can see, it does not differ from 9X series.

If looking for an Ultrabook or slim laptop upgrade and need it right now, Broadwell is fine as the difference between it and Skylake is lesser, however if you can wait a quarter or two, Skylake is the right option, especially if you want a true 4K display on it – the Iris graphics will be substantially upgraded there, to the GT4 / GT4e level. 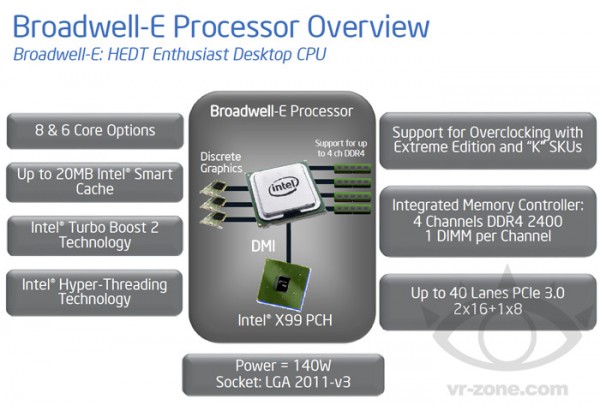 Intel Broadwell-E platform overview. Will we see enthusiast version of Broadwell architecture sooner rather than later?

And, if you happen to be the true high end enthusiast user type, well the extra delays there avoided the roadmap compression, leaving you without much choice: Broadwell-E/EP end of this year at earliest, and Skylake-E/EP not earlier than Fall 2016 IDF – in parallel with Cannonlake mainstream parts. So, we the enterprise people still lose a generation, again… what to do – there’s no Chinese Alpha or Power (or AMD Zen, huh) in the open market yet to convince Intel to give priority to its most profitable CPU line for the competitiveness sake…