If we remove the borders on this planet, the number of Facebook netizens would place it as the largest country in the world. With over 1.44 billion users, it is larger than China (1.39 billion) or India (1.25 billion). 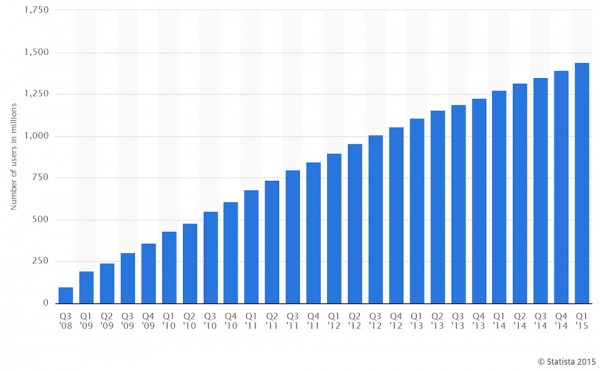 As the Facebook platform matured over time, the company added more and more features which are akin to living in a country. You have ability to communicate with your neighbors through all (digital) means – text, voice, video; attend sport events, watch movies (currently relying on link sharing) and voice out your opinions.

The next step of maturing the platform was somewhat easy to predict, but hard to make a reality; introduce a monetary union. Just like European Union with the Euro or United States with U.S. Dollar, Facebook planned for a monetary platform that would enable its population to exchange money, potentially for goods and services. 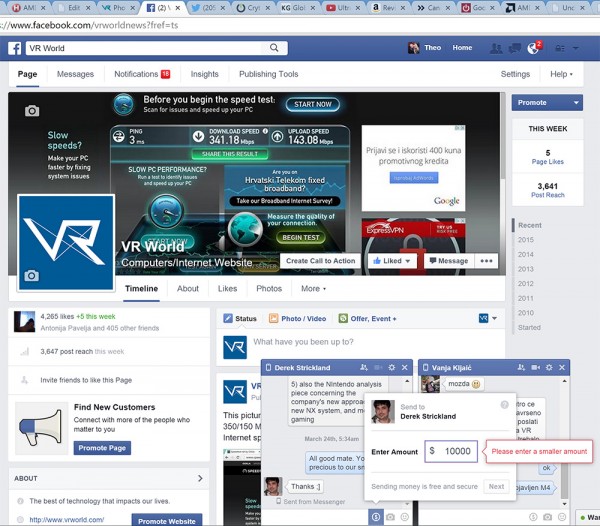 If just 15% of all of its users would start using the monetary component – Facebook could become the largest bank in the world by installed user base. And with yet unannounced satellite plan, Facebook wants to enter the conventional infrastructure in a big way as well. 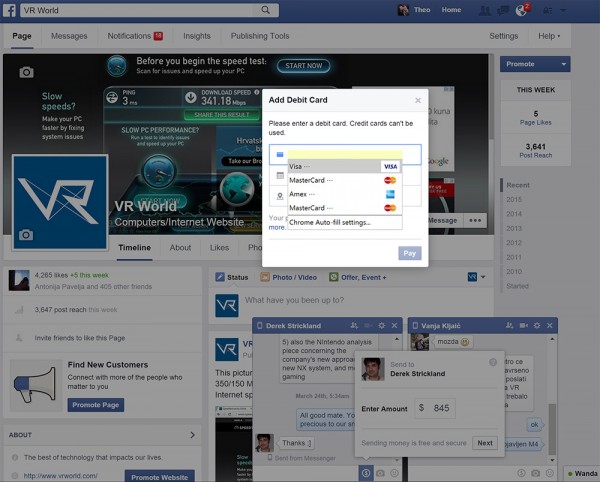 For now, you cannot use credit cards. Only Debit cards.

Currently, the limitations of this micro payment platform is that you have to have a debit card or a bank account, as credit cards are not supported. We believe this is mainly due to potential user-initiated fraud where credit card owners can dispute the transactions, and Facebook is testing the stability of the platform (and undo transaction would not be good for system in this phase).

Second limitation is $10,000 limit. Given that at the end of the day, Facebook is an American company established in Delaware and headquartered in California, it has to oblige with American rules and regulations, and every transaction above $10,000 is automatically reported to the IRS (technically, so are repeat $9,999 transactions). However, we do believe primary market for this service will be emerging markets, which typically are very fast in adopting new technologies.

Can Facebook merge PayPal or M-Pesa, digital currency with a social platform? The company thinks so, and if they pull this off – FB stock just might take off, as well as stocks of companies involved with them. Given that Facebook builds its own enterprise-grade software and hardware (just like Google and Apple, something that is not commonly known), end-user transactions might start to make a dent once Facebook introduces a digital wallet a’la PayPal, Dwolla or different crypto or non-cash currency banks such as BitGold.