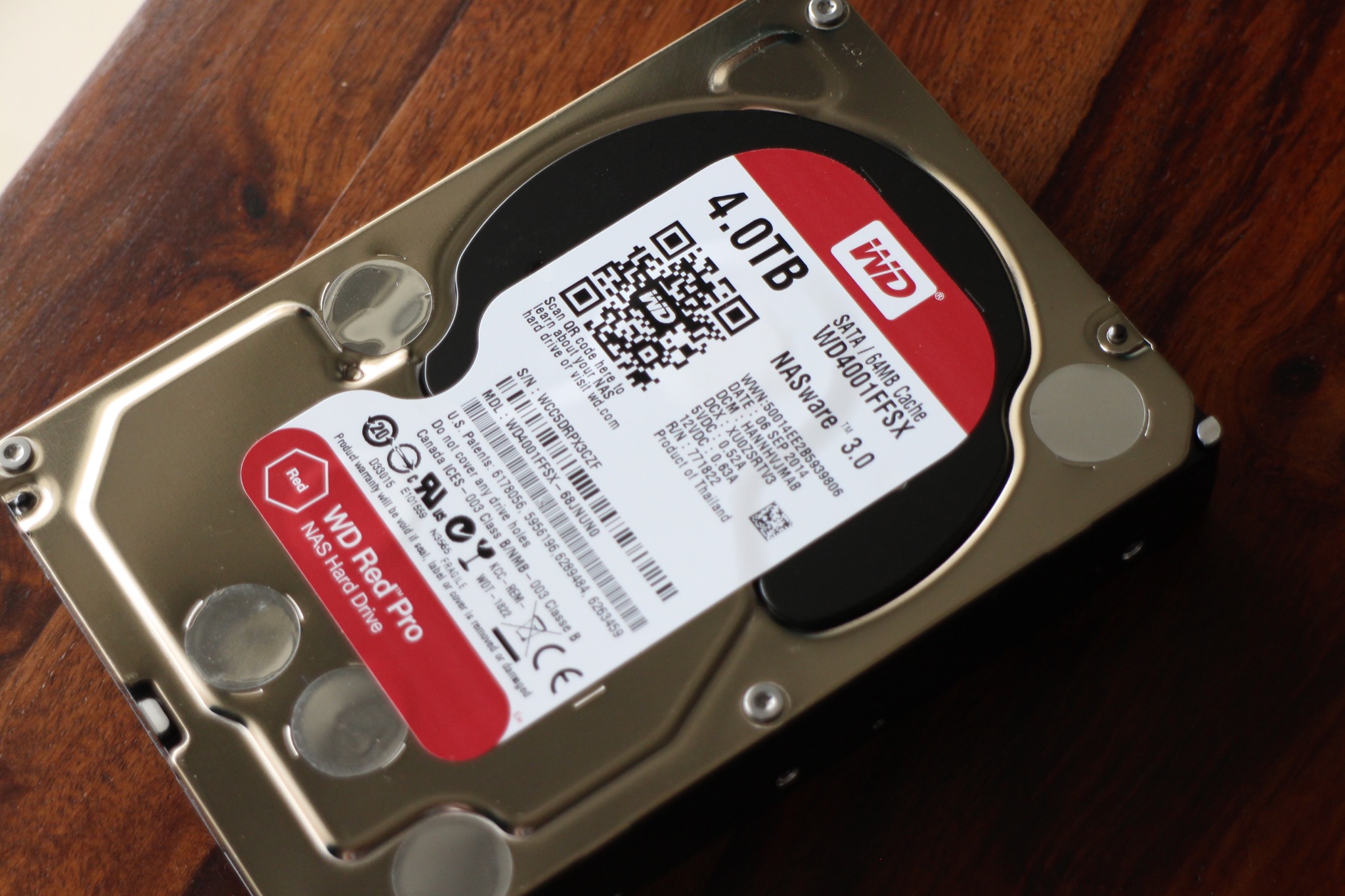 With NAS systems from the likes of Synology, Asustor and Thecus gaining ground amongst mainstream consumers, storage manufacturers have started offering hard drives tailored for always-on scenarios. Western Digital and Seagate both have products in this segment, offering dedicated firmware thats allows them to function in a 24×7 environment.

Western Digital’s Red lineup of devices have fared incredibly well in the NAS segment, with the vendor offering the drives from 1TB all the way to 6TB. The drives spin at 5,400RPM and are ideal for most consumers, but for those users looking to eke out the most from their NAS, WD has launched the Red Pro line, offering 7,200RPM drives with a higher five-year warranty (Red drives come with three-year warranties) and a dedicated customer support line for any technical and hardware-related issues.

The 4TB (WD4001FFSX) model — which we’ll be taking a look at — is designed to be used in NAS units with 8 to 16 storage bays, whereas the more mainstream Red series is tailored for systems with four bays or lower. There are a few differences in WD’s Red Pro from consumer-centric lines such as WD Green or WD Blue. The drives feature 3D Active Balance Plus technology that minimizes vibration, monitoring both linear and rotational vibration in real time. The feature is designed to ensure that the drives are stable and don’t suffer from too much vibration inside a NAS.

The motor shaft is also secured at both ends, reducing vibrations further and stabilizing the hard drive platters during read/write using a technology WD calls StableTrac. The vendor’s custom firmware — NASware 3.0 — also comes with error recovery tools should your drive run into any issues. Included in NASware 3.0 is a data integrity protection feature that prevents data loss during an outage. Since the Red Pro is tailored at the enthusiast segment, WD runs the drives through an extended burn-in testing aimed at increasing reliability and correcting any inconsistencies before the drives leave the factory.

The WD Red drives come in 1 and 1.2TB platter configurations, but with the Red Pro, WD has switched to a 800GB configuration for the 4TB variant. The 2 and 3TB Red Pro drives have 600GB platters. Given the size of each platter, it is easy to see that the 4TB variant features a five platter configuration. The drives utilize a 6GB/s SATA connection and 64MB cache, and being catered at the NAS segment, come with an extended local/unload limit of 600,000 cycles.