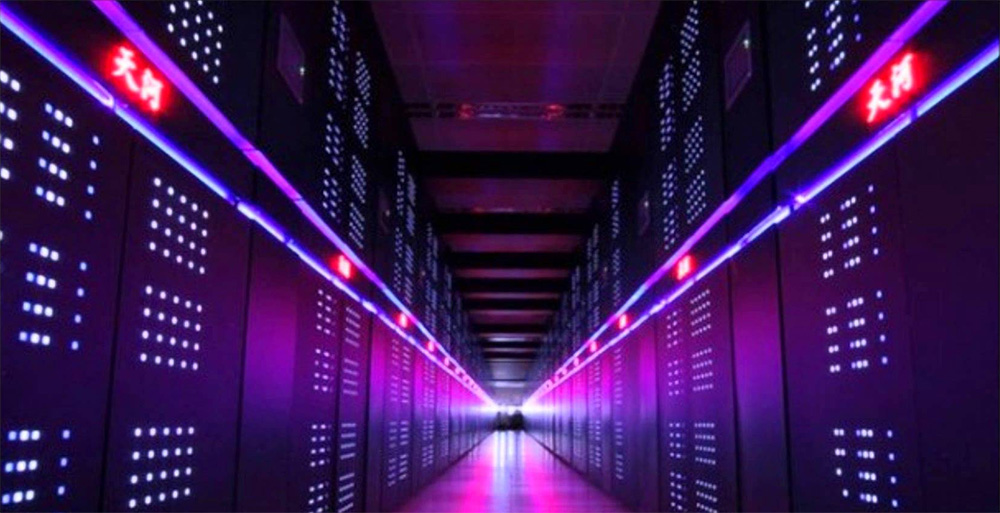 Couple of months ago, we exclusively reported that the U.S. government blocked Intel from selling its products to Chinese supercomputer firms such as Inspur, responsible for building the Tianhe-2 supercomputer.

Full installation of Tianhe-2 was scheduled to feature 48,000 processor nodes, or 9.93 million cores. However, those plans came to a screeching halt after U.S. strongly reacted to what was almost a double play from both Intel and AMD. During that time, AMD was negotiating to go private with a Far Eastern-based fund, while Intel was finalizing the deal with Inspur and NUDT to expand the Tianhe-2. 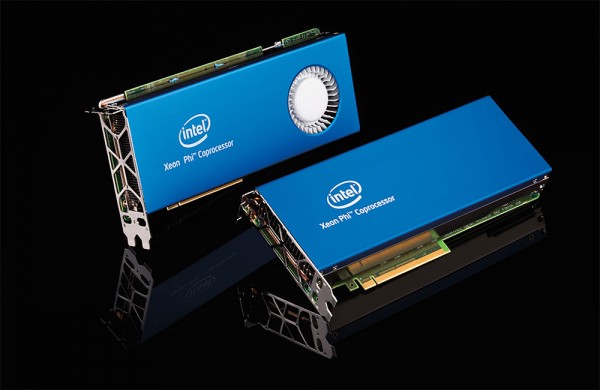 In both cases, U.S. administration put a lock on any deal and for Intel, it meant significant loss of sales. On February 18th, 2015, U.S. Federal Register added four Chinese supercomputer centers to the list of locations for which U.S. companies need to apply for export licenses (EAR):

The reason for this ban was nothing to be sneezed at, as the administration directly accused these supercomputers for being used in development of Weapons of Mass Destruction (WMD) i.e. nuclear explosion research:

Still, not even preventing China to expand the Tianhe-2 supercomputer to its fullest potential didn’t do much in terms of limiting performance. On the International Supercomputing Conference 2015, traditionally held in Germany, a new Top 500 list was published. You’ve guessed it right, Tianhe-2 came on top for the record fifth time in a row. 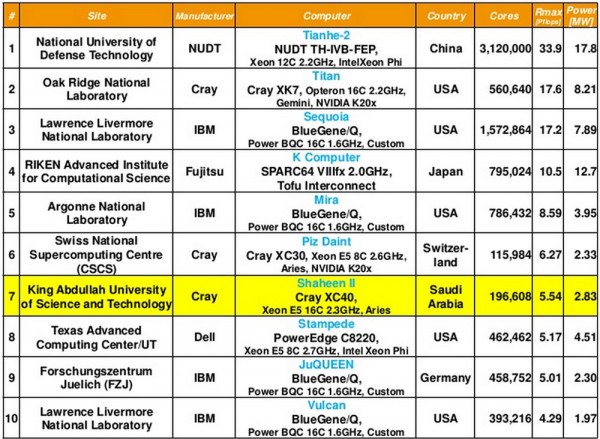 While it is not exactly known what workloads is Tianhe-2 running and is Uncle Sam right or wrong when they blocked the expansion, there is a good article on The Platform that goes into details on what does the Tianhe-2 do.

A team working on the Chinese supercomputer was able to achieve a 45x speedup on a single node of the system without a loss in precision by refining their approach to parallelization of a critical part of the genomic analysis pipeline. By revamping how a commonly used SNP detection framework shares the load via the team’s mSNP framework, they could take this single node performance and scale it to just over 4,000 nodes of the Xeon Phi-boosted super.

The existing tool is called SOAPsnp, which the team says took more than one full week to analyze for one human genome with 20-fold coverage.

Still, Genome Research (and health research in general) and an institution called “National University of Defense Technology” do not exactly go hand in hand. This feat is not as surprising if we take a look at other slides from the Highlights of the 45th Top 500 List presentation, where slide 5 shows that the average system age rose to 3.25 years. For comparison, 10 years ago average system age was barely over a year, at 1.27 years.

Still, next couple of years should bring change in the world of supercomputing, as multiple systems are scheduled to come online, which should eclipse Tianhe-2. U.S. systems include Summit, Sierra and Aurora, Japan is on track with its 150 PFLOPS system, while a lot is expected from the planned Exascale ASKAP supercomputer that will serve the Square Kilometer Array in Australia and South Africa.