As we enter the second half of 2015, we are presented with a virtual reality market that is saturated with high-end and entry level products. From the low-cost Merge VR headset to Microsoft’s HoloLens, the VR market has exploded and offers an incredibly diverse array of products for consumers to consider.

With this in mind, several of the frontiers opposing virtual reality have been overcome already. Take the suggestion that VR hardware would be prohibitively priced, for example, as while some headsets are relatively costly there are others that have targeted the lower end of the market (think of Google’s simplistic Cardboard invention). There are other challenges facing the technology, however, with some experts suggesting that existing platforms will struggle to deliver an immersive multiplayer VR experience at any point in the foreseeable future. 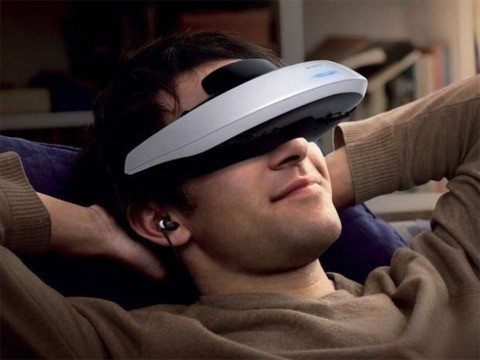 Project Morpheus targets full immersion – from movies to games by Sony and its entertainment subsidiaries.

This was an issue tackled recently by leading technology brand Sony, whose own Project Morpheus remains one of the leading virtual reality initiatives. According to Sony Corp, innovative gaming mechanics and creative narratives could be established to encourage alternative forms of multiplayer VR gameplay,  despite the fact that console platforms such as popular PlayStation 4 have only a single port through which a headset can be connected. By encouraging players to alternate between perspectives and engage in remote, multiplayer gameplay online, there do not necessarily need to be any restrictions in terms of using VR technology. You can watch one of Sony’s tech demos from E3 2015 below:

For many gaming experiences, the lack of multiplayer VR options would not be an issue. Take virtual casino gameplay, for example, where players can operate individually in a virtual realm and connect with other players remotely and online. This means that serious players can still enter a the doors of the casino, without being forced to compromise on the experience as a whole. With a wealth of reputable casino platforms like William Hill slots the future for this increasingly popular style of gaming is exceptionally bright.

For episodic or console-inspired titles, however, multiplayer is an important consideration. The response to this challenge by VR brands such as Sony has been exemplary, however, as these entities have been able to develop inventive game mechanics and scenarios that alternate perspective and drive a multi-player virtual reality experience. This also highlights the versatility of virtual reality as a concept, and suggests that it will be able to evolve and thrive in the mainstream regardless of what other challenges it is forced to overcome.