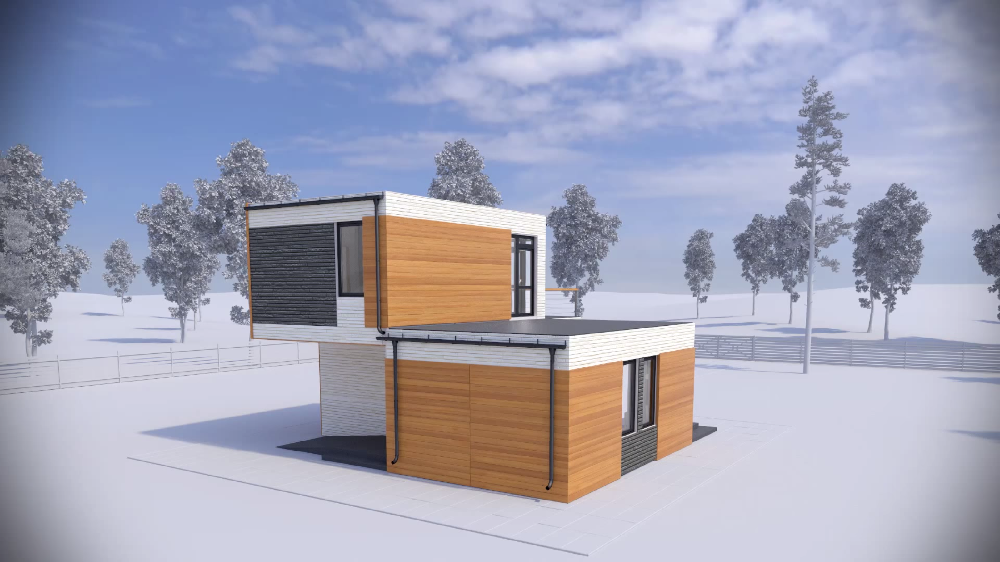 Last week, news broke that ZhuoDa Group, a Chinese 3D printing company manufactured i.e. ‘printed’ the house using 3D printing technology, or ‘Additive Manufacturing’ (as it is called by western companies). Unfortunately, most of news outlets didn’t even name the company properly. We took the time to contact the company and learn a bit more about the process used and why the company decided to move on what might be a pivotal upset for the construction industry.

Typical house build lasts anywhere from 4 weeks to 4 months, depending on the continent where you live, and materials used. It is widely accepted that houses in the North America are built using easy-rebuild materials i.e. wood/steel, while European houses typically rely on concrete / reinforced concrete. Asia is a mixed bag, but just like in Europe – Chinese houses are typically built using either bricks or concrete / reinforced concrete. As such, it takes time for concrete to dry out, you cannot build a house during wet periods and any notion of rain is met with delays on build site. Depending on local laws, you might have to pay your workers even if they cannot do anything on the site due to force majeure i.e. inclement weather.

The house, built in Xi’an, China – is fully functional, with electricity, Ethernet, water, sewage and all other utilities ready to start operations. While the architecture isn’t something that will win awards, it works – and works cheaply. If you are afraid of earthquakes, the building is certified to withstand earth tremors up to 9.0, which is something we hope no one will have to experience. More importantly, the house is resilient to floods and fires, and you should not have issues with termites and other vermin. 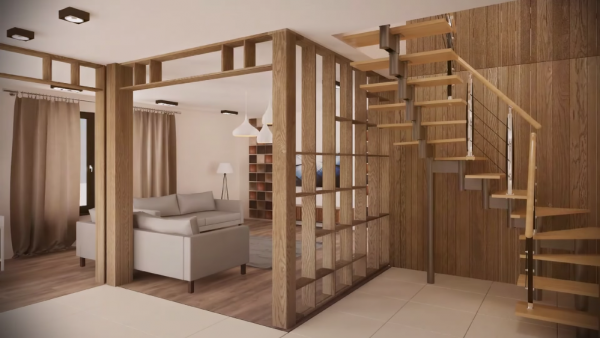 According to Tan BuYong, group Vice President, the total cost of a square meter is approximately 3,000 RMB, or 435 Euro. For North America, this translates to US$44.75 per square feet. For the said 200 sq m house (2153 sq. ft), the total cost was approximately 96,500 USD i.e. 86,600 EUR. As the process matures, the company hopes to reduce the build cost by as much as 10% over the next two years and should they expand globally, we might see another Honka, this time from mainland China. With total assets surpassing the 8 billion USD mark, ZhuoDa hopes to have enough balance to push their vision to the market, especially in China and Russia.

This is exactly what makes ZhuoDa Group a potential disruptor on the multi-trillion dollar global market. In U.S. alone, construction starts alone made for approximately $564 billion in 2014 data, while the domestic Chinese market is estimated at 2.3 trillion USD. While the cost per square meter or square feet differs from one continent to another, the house was ‘proof of concept’ to prove not just that 3D printing works, but that 3D printing offers unprecedented cost benefits and ease-of-use, reducing the ‘building’ of a house to ‘manufacturing’  and assembly in under a week, with the assembly taking place in mere three hours. 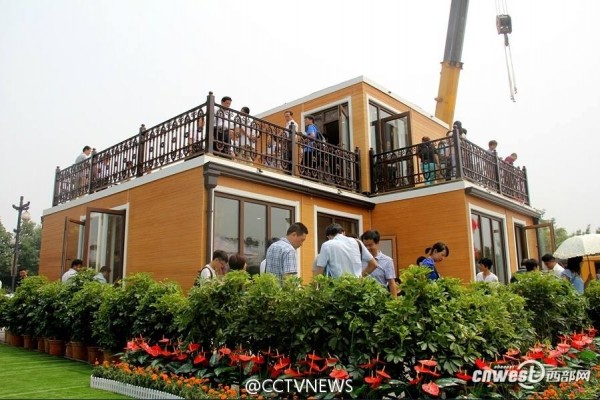 3D House ended on Chinese CCTV, from where the news spread throughout the globe.

The cost of developing their 3D printing process is kept a secret, but the company did disclose they submitted for 22 patents which they intend to register globally, starting with the USPTO. Regardless of what you may think, the concept is already a marketing success as the ZhuoDa Group signed over 40 contracts with the local government, including a tourist hotspot called Huangshan City.

However, ZhuoDa is not the only player in the market. Yingchuang New Materials also made news when they 3D printed no less than 10 houses in 24 hours.