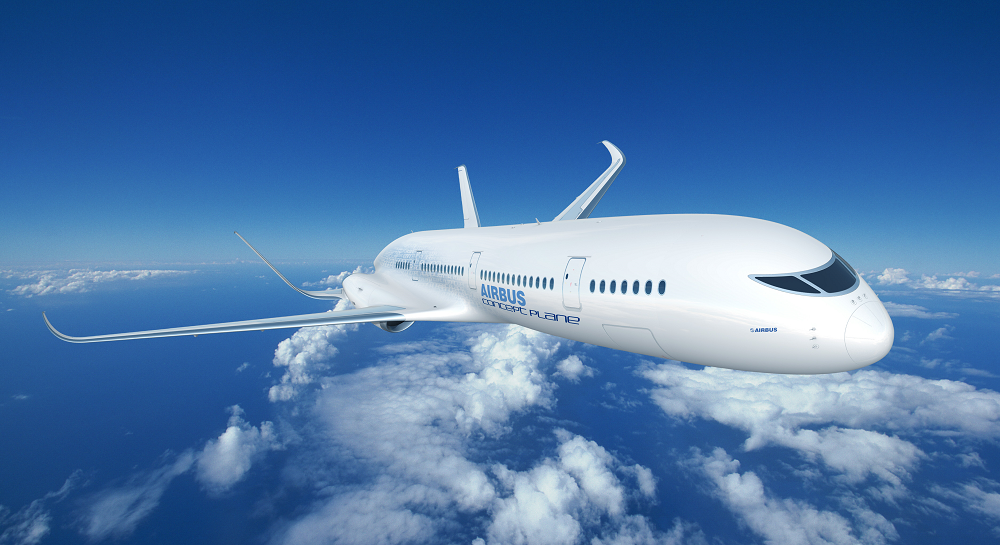 While the largest volume of cars is powered by ICE and ICE alone, there are over 200 hybrid and full electric vehicles in the pipeline. Electrification doesn’t stop there. Railways are mostly full-electric throughout the globe, and where they are not, there are hybrids. Diesel-Electric locomotives are the backbone of american economy, and Europe or Asia aren’t behind – if your railroad is not electrified, there is over 80% chance that the trains passing by are powered by hybrid vehicles.

In space, absolutely every satellite, International Space Station, former MIR station – are powered by electric engines with almost all the power coming from solar panels. Yet, there are still industries where electric power is being frowned upon, and a lot of ‘experts’ claim it cannot happen. Enter today.

Airline industry was one of those “no electric” industries. No matter how impressive the Solar Impulse 2 project is, a lot of commentators always limited this praiseworthy attempt to go around the globe without a single drop of oil and no other power but solar one – to just that – an attempt at something new.

Enter Airbus SAS. The company recently announced that their e-Fan concept will become a commercial two and four seater plane, manufactured by an Airbus subsidiary in Pau, France. The e-Fan concept even made history after it successfully crossed the English Channel, but not before the company and its partner Siemens shamefully blocked a small and independent plane manufacturer Pipistrel from achieving the feat before the mighty Airbus. Pipistrel is a small company from Slovenia, which most of our readers will probably know for two things: first, your battery (mobile phone, tablet, laptop) was probably developed in legendary Kemijski Inštitut, and secondly, if you’re a PC enthusiast – EK.Waterblocks come from the country’s capital city.

After completing the engineering work on e-Fan and signing it off to develop production-worthy General Aviation (GA) models, core Airbus engineers are now focusing on a much bigger target – to launch an electrically powered aircraft for commercial purposes.

According to news that FlightGlobal broke earlier today,

The potential 100-seat aircraft is still early in the design phase, but Airbus already appears to be leaning toward a familiar configuration.

“We’re starting to work on the design of what we call the EPU,” says Ken McKenzie, deputy chairman and senior vice-president of strategy and corporate services for US-based Airbus Group Inc. “We’re actually preferring a hybrid engine.”

Once this concept becomes a reality, Airbus SAS will have a one-up advantage over its major rival, Boeing Commercial Airplanes, Inc., and smaller manufacturers such as Canadian Bombardier and Brazilian Embraer. Currently, neither Airbus nor Boeing offer a competitive plane for the 100 seater segment, as both Airbus’s A318 and Boeing 737-600NG ended up being flops with just 69 planes each. However, Airbus still owns good share of ATR, which manufactures ATR 72, a 70 seat turbo-propeller aircraft. 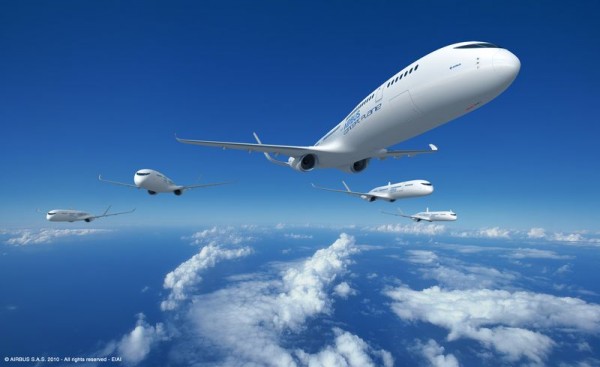 The new regional plane, as it is being designed right now, is leaning towards a diesel-electric concept with a diesel-hybrid engine powering two large-diameter e-Fans in what will probably be a carbon tube with solar panels on top, in order to maximize electric power. According to Ken McKenzie, their inspiration comes from NASA’s N3-X concept, which is pictured below: 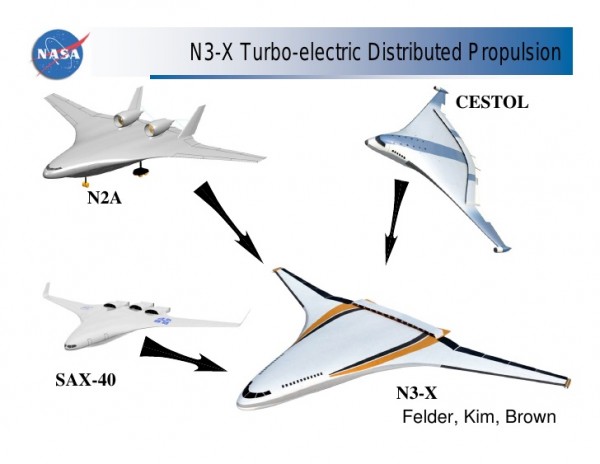 NASA N3-X is a derivation of three known concepts from yesteryears: N2A, SAX-40 and CESTOL. As it turns out, first commercial implementation of these concepts might be manufactured in France.

While it is too early to tell how long will it take Airbus to present a commercial product, one cannot forget that things are moving faster than ever before. Hybrid diesel-electric aircraft was something Airbus wanted to see in their 10 year roadmap, but according to their representative, a more realistic goal is production by 2032, or 17 years from now. 2032 is somewhat an odd timeframe, as Boeing is preparing its next-generation small aircraft (Google for Boeing NSA or Y-1) for 2025-2030, and Airbus went on record to say that 2025-2030 is ideal target for their next-generation aircraft, meaning Boeing 737 and Airbus A320 families would be on sale for approximately half a century. Can e-Fan technology evolve in time enough to

One interesting thing is that the next-generation batteries for e-Fan planes by Airbus are being manufactured by French SAFT, on an exclusive license from – Kemijski Inštitut from Slovenia. Funny how small the world is.