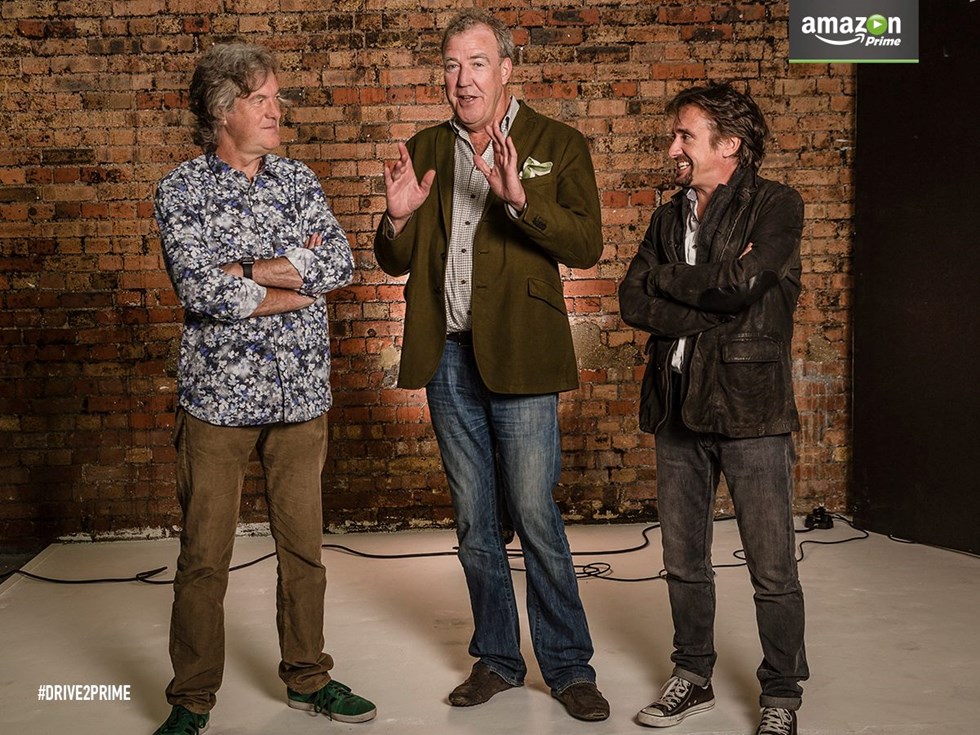 So much for the Netflix being a done deal. According to the newly unveiled website on Amazon, hosts of the much famed BBC television series Top Gear will re-appear on a new show exclusively for Amazon Prime. That’s correct, one of the most entertaining show front runners will be back.

The exact air date, besides “An Amazon Original TV Series | Coming 2016,” as well as the financial aspect or anything besides them joining the said online video network, are yet to be revealed. What we definitely know that it will not be called Top Gear, as the name is trademarked by BBC and it is impossible that the Beeb would shipped out the brand with with the three of them. Jeremy Clarkson called the collaboration in his usual style: “I feel like I’ve climbed out of a bi-plane (BBC) and into a spaceship (Amazon).” The contract was finalized as Jeremy returned from Dubai, which he enjoyed onboard of Emirates Airlines business class, on the second deck of an Airbus A380-800.

To remind our readers, Top Gear was originally canceled due to Clarkson’s ‘altercation’ with a producer. Since then, nothing major has happened in regards to the show’s future, even though several high-profile news and rumors were leaked out. The only confirmed news is that the new Top Gear will feature Chris Evans, and rumor has it that Jenson Button, former Formula 1 World Champion also signed up as a host. That would mean that McLaren Honda did not renew Jenson’s contract – which would result in a driver lineup shuffle for 2016, with Fernando Alonso being joined by either Kevin Magnussen or Stoffel Vandoorne at the wheel of troubled McLarens.

We can’t wait to see how this revolves, specially considering the naming of the show will be a major part of its success and alongside the three it will, in all true fairness, bring us automotive television in a fun, non-boring view once again. In meanwhile, watch this tribute on YouTube: