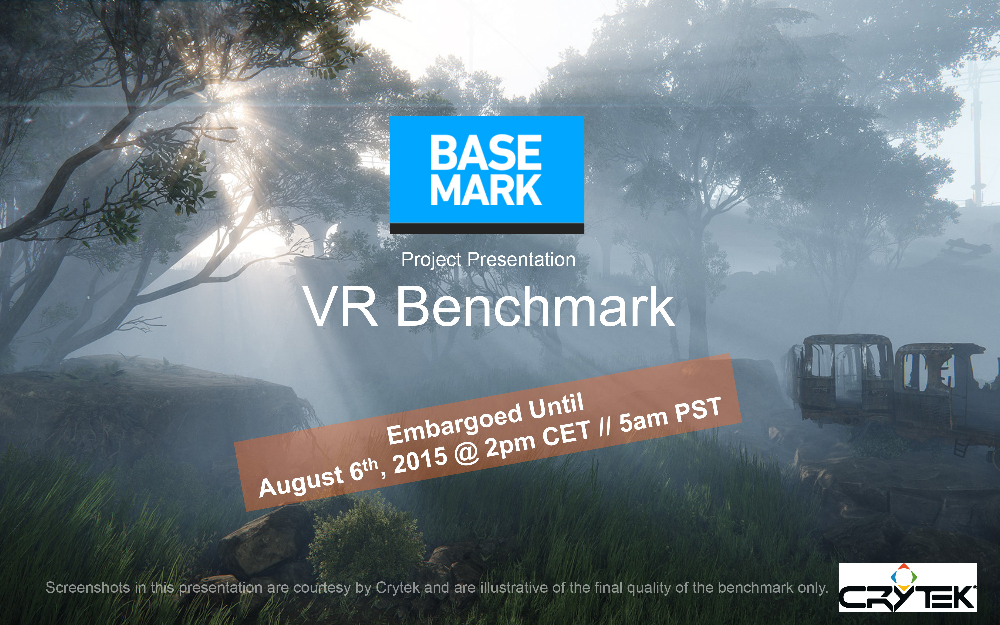 Siggraph, the annual get-together of ‘all that matters in computer graphics’ is set to open its doors for the 42nd time, this time in Los Angeles Convention Center in California. As always, Siggraph brings a sea of announcements and we believe that this year, we will see never-before seen focus on Virtual and Augmented Reality.

However, finding the right balance for Virtual Reality experience will require substantial effort on building a platform (powerful PC, or streaming server for mobile), and one of key requirements is to standardize benchmarking in order to find the proper balance between performance and cost. 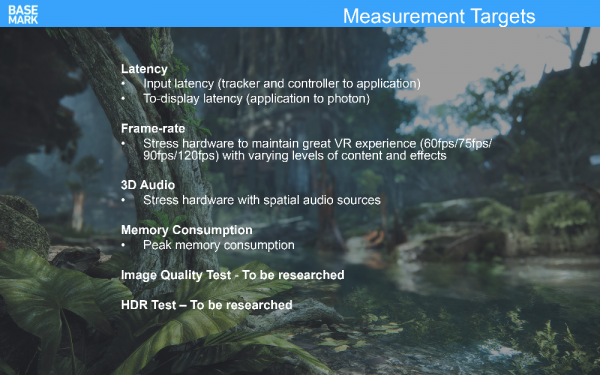 Goals for yet to be named VR benchmark from Basemark / CryTek.

With immersive game titles such as EVE: Valkyrie or commercial applications such as ASOS-backed Trillenium, finding the right system for VR will be of utmost importance, and we were very happy to see that two industry giants, Basemark and Crytek announced a partnership. The goal is to produce a benchmark that will provide “detailed feedback in areas such as the best graphical settings to use with a variety of VR headsets.”

Given the wide range of headsets coming to the market – Oculus VR, StarVR, HTC Vive, Sony Morpheus, Google Cardboard VR, Samsung Gear VR – benchmarking systems and adjusting them to glasses will be of utmost importance.

Neither of the two companies committed to the actual date of release, but given the timeframe we are expecting to see it launched during 2016, probably around Oculus VR launch.

Basemark and Crytek also issued a call for participation, inviting interested companies to join them in developing this benchmark.