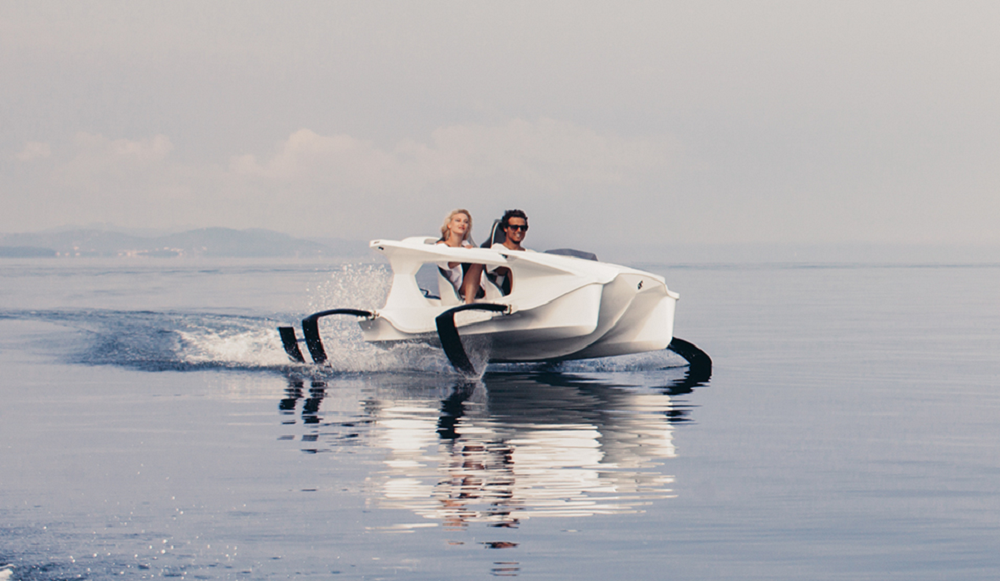 Croatia is a country mostly known as for its beautiful locations and as a birthplace many inventors, most notably Nikola Tesla, Faust Vrancic (creator of Parachute), Slavoljub Penkala (hint: the first three letters of his surname), David Schwarz (Zeppelin or flying airship) and many more. Recently, the country is becoming a hotbed of electric propulsion technology, with RIMAC Automobili hypercars, Dok-Ing electric mining vehicles, Ducati compact electric cars etc. Its neighbour Slovenia is also becoming a powerhouse with electric ‘crafts’ which you may not expect – Slovenian Pipistrel was shamefully blocked by Airbus and Siemens and almost beat them in their own game of an electric aircraft, while Quadrofoil started the deliveries of their next-generation electric watercraft.

Quadrofoil d.o.o. licensed Rimac technology in order to get the best electric propulsion motor and the batteries, combining it with a somewhat unique looking sea vehicle intended to transport two people in a fun way, for a ridiculously low price of €1/hour. Brainchild of Marjan Rozman and Simon Pivec, this hydrofoil watercraft went from a concept into a production vehicle in  just a few years, helped by breakthroughs in engine development. This innovative project won partial backing by the European Union, and now that grant became a reality.

As you can see in video above, Quadrofoil is a new way of gliding above the water surface, offering unusually fun experience. The company manufactures two models, baseline Q2A Electric and Q2S Limited Edition. Boat combines ABS plastic, aluminum and other light materials to reduce the weight as much as possible, all while keeping buoyancy.

Time will tell can Quadrofoil expand and become a large watercraft manufacturer, but they are pioneers in their field, just as much as Pipistrel, Rimac or Koenigsegg are. For once, we have to admit that Quadrofoil sounds fun.