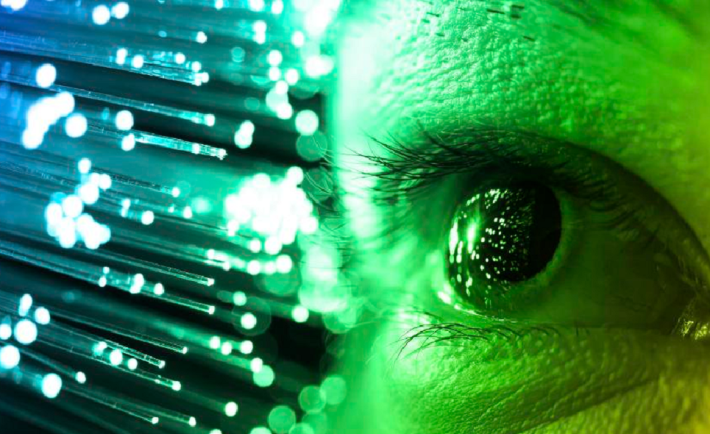 Ever since developers started turning code into pixels, and pixels into virtual worlds, the overriding desire has been to make things more realistic. While Pong was the perfect way to pass the time back in the Seventies, its basic graphics and simple structure simply wouldn’t make it a hit in the modern day. Similarly, while Super Mario was a pioneering plumber in his day, the two-dimensional mushroom hater is now nothing more than a “classic” that inspires fond memories from “back in the day.”

Indeed, as the gaming industry has evolved, so too have player’s expectations and, as 2016 dawns on the horizon, the trend is now moving towards virtual reality. Thanks to the advent of products such as Oculus Rift, as shown in the video, modern gamers are now seeking to see and, moreover, interact with lifelike characters. In fact, in some instances, the gaming industry has made it possible for people to communicate and play against real people.

We are on the verge of conversion of eSports and conventional gaming industries such as casinos. Startups such as Unikrn are enabling players to bet on eSports, while the Fantasy Football trend yielded two players that are battling hard to win every user. Furthermore, fantasy football news now represent a significant percentage of overall traffic – something unheard just one or two seasons ago.

Naturally, monetization efforts for eSports and fantasy games are coming to the turf of existing leaders, which come from multi-billion dollar islands of entertainment such as Las Vegas and Macau, and their disruptive field known as the world of online casinos. A subsection of the computer gaming industry, online casino operators such as Full Tilt have been able to meld reality and virtual reality in intriguing ways. For example, Poker Stars Casino packaged together a selection of live dealer games and, as the name would suggest, these products allow users to compete against real dealers.

Through a combination of webcams, live streaming software and some RFID chips, online casino fans can now ante-up in a range of games, such as blackjack and roulette, and compete against a real person. Naturally, this merging of worlds (virtual and real) has given the industry a new lease of life and attracted a host of new fans.

At the other end of the gaming spectrum, the end where players compete for glory in a fantasy world rather than one dominated by odds and casino chips, developers are pushing for reality in a different way. Instead of finding ways to connect two people on opposite sides of a computer, companies such as the aforementioned Oculus Rift are refining the technology necessary to create immersive games.

Titles such as Dreadhalls, Technolust and Alien Isolation are all taking the hardware produced by virtual reality companies and using it to create games that really set the pulse racing. In fact, this is only the first step in a whole succession of leaps and bounds in the gaming industry. While linking up with real humans in the casino world is great and seeing life-like creatures through a VR headset is impressive, it’s now not enough to simply see something.

To become a truly “real” experience, players need to feel and, moreover, games need to react to how people feel. Some developers are already exploring these possibilities. Nevermind was one of the first biofeedback games that fused virtual reality with a host of sensors. Able to detect changes in a player’s physical state, this game then adapted according to said changes. Although this technology is still in its embryonic stages, there is a clear direction for developers and it will come as no surprise that in the coming years we’ll soon see games as something we’re linked to, rather than next to.

Naturally, as these seeds of change begin to blow in the wind they’ll start to grow and form new technologies, opportunities and desires, all of which will gradually create a community. One recent upstart that’s looking to build an interactive community is Tower Unite (see video above). After posting the idea on Kickstarter, Tower Unite’s creators, PixelTail Games, raised more than $75,000 in a single month to form what could be the first truly connective virtual reality in the world.

Through a combination of software providers, virtual reality companies such as Oculus Rift and willing participants, Tower Unite is hoping to create a living, evolving online gaming world similar to those smaller communities of online casinos. Unlike virtual communities that have come before it, Tower Unite will combine the expertise of dozens of companies to create a world where almost anything is possible. From playing the aforementioned casino games to visiting a virtual theatre and sharing films with your friends, Tower Unite will allow users to interact and entertain themselves in a virtual reality world.

For example, if you’re a fan of nightclubs then you can plug yourself into the Tower Unite matrix and listen to music that’s not only synchronized with the environment, but with every other player around you. Of course, no virtual reality would be complete if it didn’t allow you to experience something out of the ordinary. So, in among the life-like activities you can engage in, this world will allow you to fly around using a jetpack or glide into a casino on a pair of wings. Essentially, whatever your desire, whatever your wish, you’ll be able to make it come true within this virtual world.

Playing Minecraft through Microsoft HoloLens will be an entirely new experience

Although the product is still in its infancy, the aim is to combine the software with virtual reality headsets, such as the one offered by Oculus Rift (or its rival Sony Morpheus), so that players can truly become part of the game where money is transferred one way or another – from micro-transactions to gambling. Indeed, as is already the case in the gaming world, the seeds of change are already out there:

Gaming has always been striving for reality and as technology improves, that lofty goal appears to be getting closer and closer. Tower Unite is a project that is hoping to bring all these developing technologies together and bundle them into one truly immersive online product. Although there may still be a way to go before reality is indistinguishable from virtual reality, the lines are certainly becoming less clear and, for those who love losing themselves in a game, that can only be a good thing.

View all articles by George Clayton