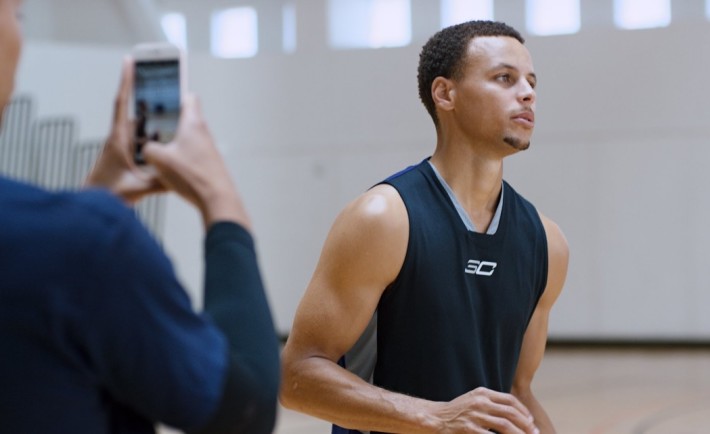 Unlike some past product campaigns, Apple went with an A-List of celebrities to promote their newest iPhone 6S. The addition of well-known public figures like Jamie Foxx, Selena Gomez and Bill Hader helps with the product’s relevancy. This newest advert shows NBA star Stephen Curry, fresh off a championship campaign, doing some interesting bits and tricks with an Apple iPhone.

The short video has the Golden State’s favorite player hitting a half court shot, confidently turning his back against the basket as the ball heads in the net and walking towards the camera with swag pouring from every step he takes. This advert gives us a 15-second showcase of the Live Photos feature the company introduced a few weeks earlier. A new iPhone feature that lets users capture a couple seconds of action before and after a picture is taken. Not bad Apple. Check out the video right below.