Growing up in the world of social media means you are bombarded with information coming left, right and center. Unfortunately, the positive pressure can lead in a negative spiral and that spiral ends with runaways (in mild cases) and suicides in worst. Examples of competitive athletes dropping dead on the field in the first two to three years of being professionals are sadly, increasingly common. What is more troubling is that the same level of competitive pressure is now appearing in what needs to be creative disciplines, more known as STEM (Science, Technology, Engineering, and Mathematics). Growth of UC Schools such as Stanford and Berkeley, UCSF in a very small space lead to the whole world buying residences in an around Silicon Valley hotspots: Palo Alto, Mountain View, Sunnyvale, Cupertino, Los Altos, San Francisco, Berkeley.

This week I was informed of not one, but two articles coming out touching the subject of suicides in high school and in the world of startups. The Atlantic’s Hanna Rosin headlined this months cover story which is something you should read immediately:

“Suicide clusters – defined as multiple deaths in close succession and proximity—feed on viral news, which feeds on social connections. McGee and the other administrators worried about vulnerable students reading too many details and overidentifying with Cameron. He had played basketball for years, so he knew people at both public high schools in town; his sister was in middle school; he seemed to have friends everywhere, and the grief was gathering momentum. Diorio had been the head of guidance at Palo Alto High (“Paly,” as it’s known in the community) in 2009 and 2010, during the last suicide cluster, but the big differences this time, she told me, were smartphones and social media. All day long, kids at Paly could get updates from Facebook, Instagram, and Twitter. By second period many already knew it was the Caltrain, again. That day, like every day, you could hear the train from most of the classrooms, passing every 20 minutes or so. That day, one student later told me, the warning whistle seemed like the cannon that goes off in The Hunger Games every time a kid dies.”

Second story is published on TechCrunch, where Silicon Valley’s PR Guru Jonathan Hirshon focused on the subject of clinical depression in the startup community, which is seeing an alarmingly increasing amount of suicides, where people do not look for help when a startup collapses. In my personal experience, I’ve succeeded and failed several times in life, and life is definitely a roller coaster, filled with good moments, betrayals of worst kind, getting your stuff stolen by people you thought you knew for half a decade or longer, only to have them inflitrate your circle of friends and turn opinions around, talking trash behind your back, introducing companies to funding opportunities and have you receive all the blame once the founders screw up (and of course, you won’t getting paid), inventing things… and then again, those good moments like racing Ferraris and Lamborghinis on the I-280 at 2AM, diving inside a sunken WWII ship off the coast of Tulamben (Bali, Indonesia), getting two to three sunrises and sundowns in a sequence (fly level at 1000 feet, wait for the sun to drop, raise the plane to 2500 feet, wait for it to go down and finally get the bird up to 4500 feet and experience another sundown). Most of all, I got to meet my beautiful wife – and all these moments are moments people that need help – won’t get to live through. There are people talking about chasing Aurora Borealis all their lives, yet a regular passenger sitting on the left side of the plane, heading from North America to Europe – will see Aurora Borealis / Northern Lights almost every time. 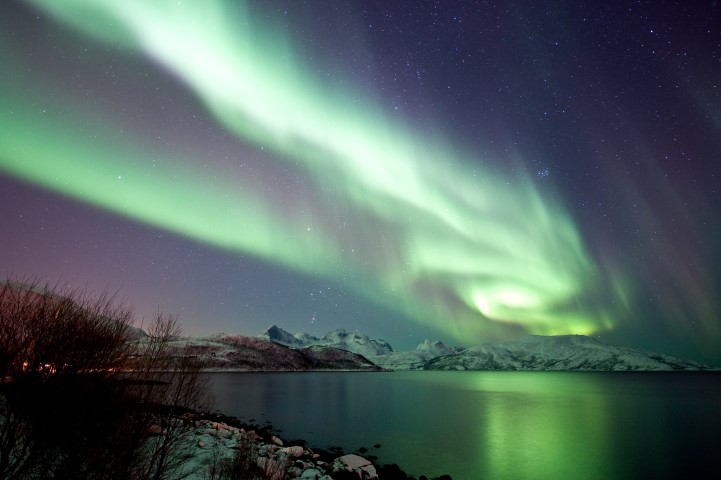 Here are a few paragraphs from Jonathan’s contributed story:

“Step Into the Light – by Jonathan Hirshon

Silicon Valley lives and dies by the pitch – defining the value proposition, the upside potential and the reasons to invest capital in a startup. Inevitably, the discussion always turns to the founder(s) – to their curriculum vitae’s strength, their perseverance, their successes. By this, angels and VCs place a deterministic value on the human capital they represent to the investor and how that variable affects the total valuation.

Look into a founder’s eyes though, as they give the pitch – I mean really look past the surface and into their depths. Look past the smiles, the exuberance and the sales patter – you may just catch a fleeting glimpse of something that is silently destroying them, eating them away from the inside in a slow, deterministic drift towards destruction.

The irony is that virtually all of these suffering people are trying desperately, hopelessly to conceal this. Conceal it from you, from the world and even from themselves – the miasma of depression against which they fight a constant battle. Not to overcome, but simply to resist the overwhelming tide that threatens to wash them away into an uncaring ocean of despair, every moment of every day.

We’ve lost so many people in tech over this last year – publicized and not – to suicide due to depression, including an unnamed woman two weeks ago who was the co-founder of a startup. I am not here claiming to solve this problem, merely to shine a much-needed light upon what many prefer to ignore. Too many of us are gone – it’s time we offered our understanding to those who need it most.”

Again, read the story on The Atlantic and if you’re a parent, talk to your children and don’t think something unthinkable as this could not happen to you and your family. Or your friend. Or a person you know. Only by staying alive we can achieve great things. In the end, we leave you with the video posted by Martha Cabot, who said:

“Today at 1 am, a 16-year-old Gunn High School student took his own life. Whether it was because of the stress level or not, schools in the Palo Alto school district push too hard. Suicide is becoming almost a social norm here, it’s a chain reaction. There is so much we can do as a community to prevent this from happening. “