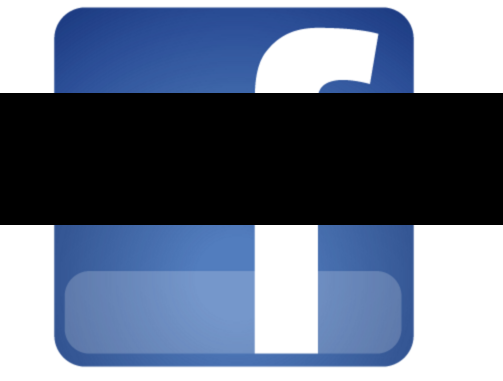 The clash of cultures is inevitable once you move beyond your own borders. A lot of American companies had issues being present in China, for example – and that lead to bans of particular companies. Watching YouTube or being on Facebook (NYSE:FB) in China is impossible without a friendly VPN/Proxy server, because those companies refused to ‘play ball’ with the Chinese authorities. And yes, all the companies which were targeted would often criticize their policy and refused to abide to censorship. Yet, every once a while, a slight ‘what the he…’ happens when the censorship scissors of Facebook’s Political Correctness Police appears. This time, a victim was none other than Bundeskunsthalle – National Museum of Art in Germany.

When the Bundeskunsthalle posted the following picture: 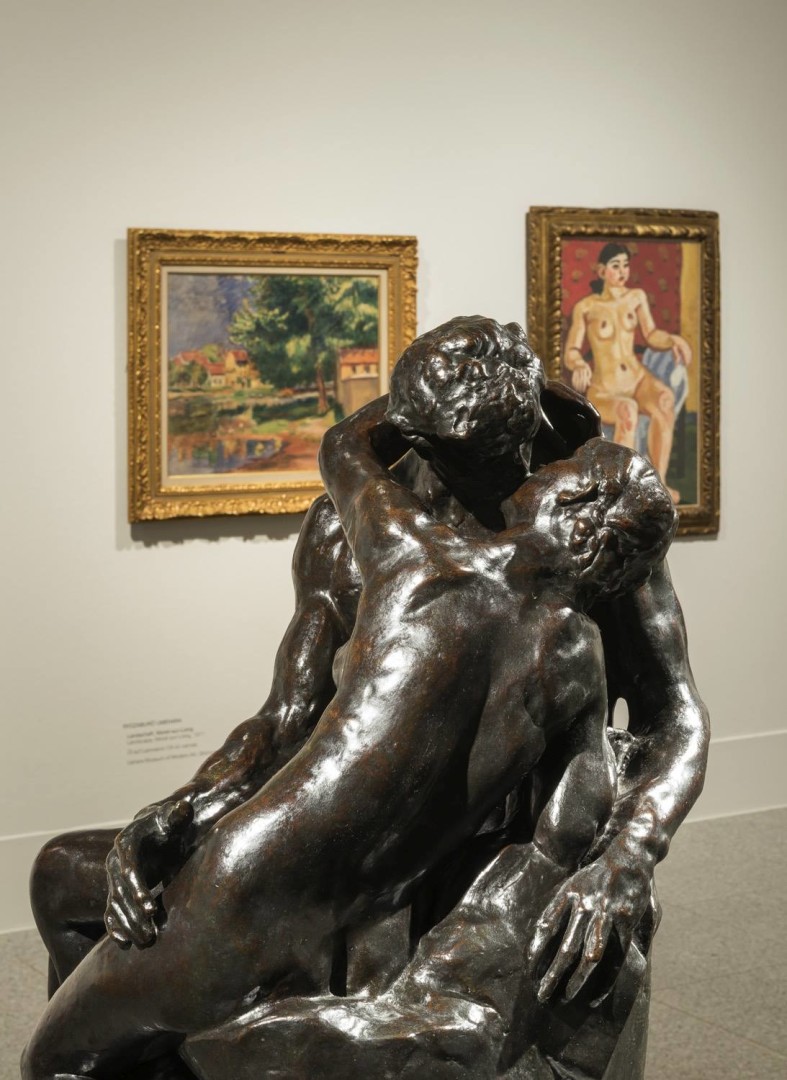 The original image for “Nackt in Museum” (Naked in Museum) exhibition.

…they went to advertise the exhibition. Soon after, they were contacted by Facebook’s Mr. Goebbels, pardon, Political Correctness Police and were informed that the Exhibition “Naked in the Museum” contains inappropriate images, thus, they will have to change the content of the page. Then, the Museum was forced to publish a censored image, pictured below. 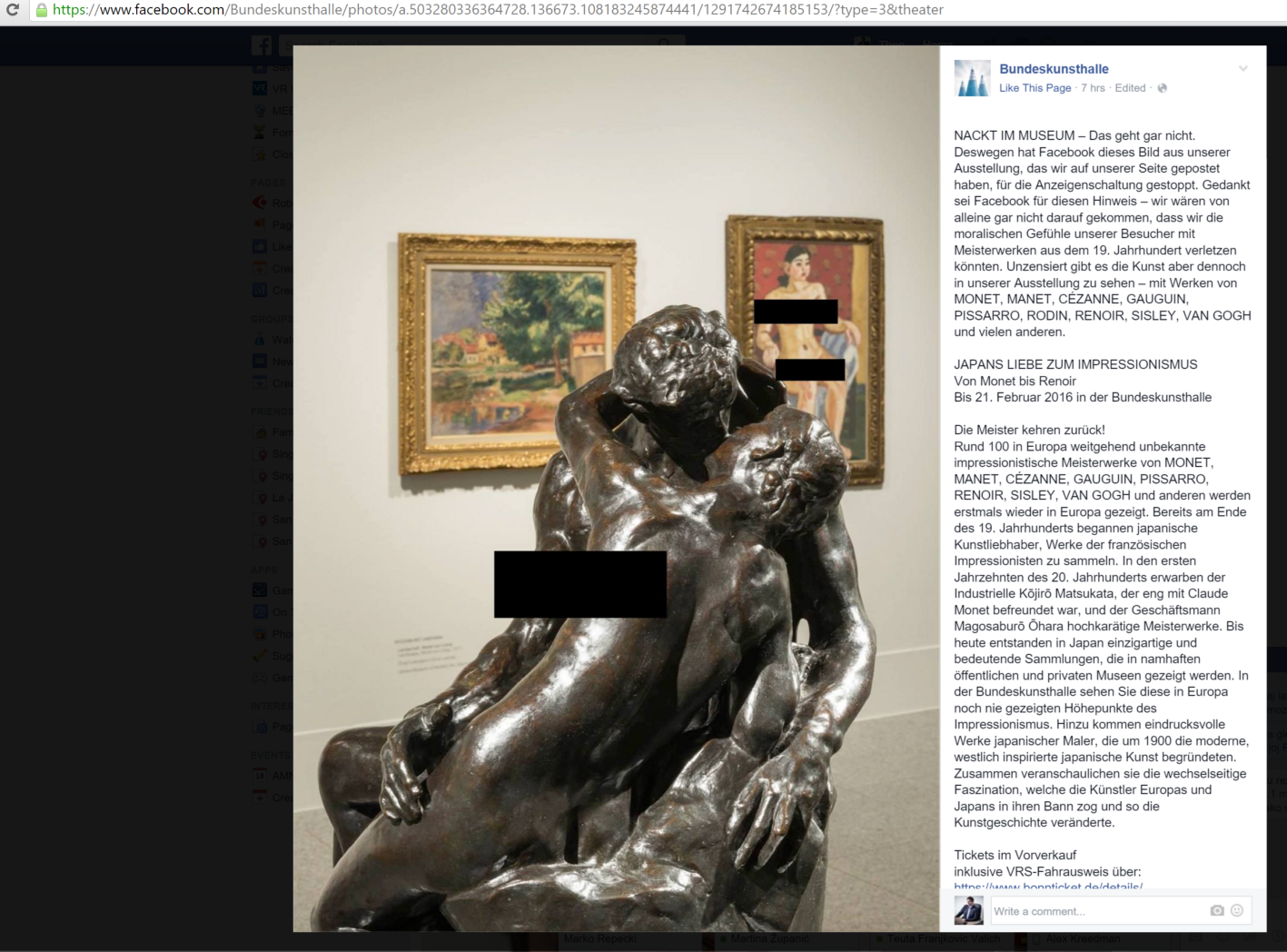 The museum was forced to censor the image in order to make Facebook censors happy.

Original Statement from the Bundeskunsthalle:

Translation of the statement courtesy of Google Translate:

“NAKED IN MUSEUM – That’s a No.
That’s why Facebook has stopped this from our exhibition, which we have posted on our site for your ads. Thanks be Facebook for pointing this out – we would by itself did not come out that we could violate the moral feelings of our visitors with masterpieces from the 19th century. Uncensored there is the art but in our exhibition to see – with works by Monet, Manet, Cézanne, Gauguin, Pissarro, Rodin, Renoir, Sisley, Van Gogh and many others.“

As we all know, Facebook is a social network corporately located in America. And for all intents and purposes, once more the company proved quite inept to handle the fact that with 1.45 billion users worldwide, there will be a clash of cultures. For example, Europe has a lot of naked statues, naked artwork etc. We, as Europeans for the better part – don’t see nakedness as something vulgar, or something that should be hidden. On the other hand, Americans, Chinese and Islamic countries have exactly that in common. One nipple incident on live TV (see the uncensored, NSFW? video here) and all American live TV casts are now being showed with a half a second delay – yet it is perfectly normal to show family pictures of children wielding weapons. For example, this is one of images that came across on this author’s timeline: 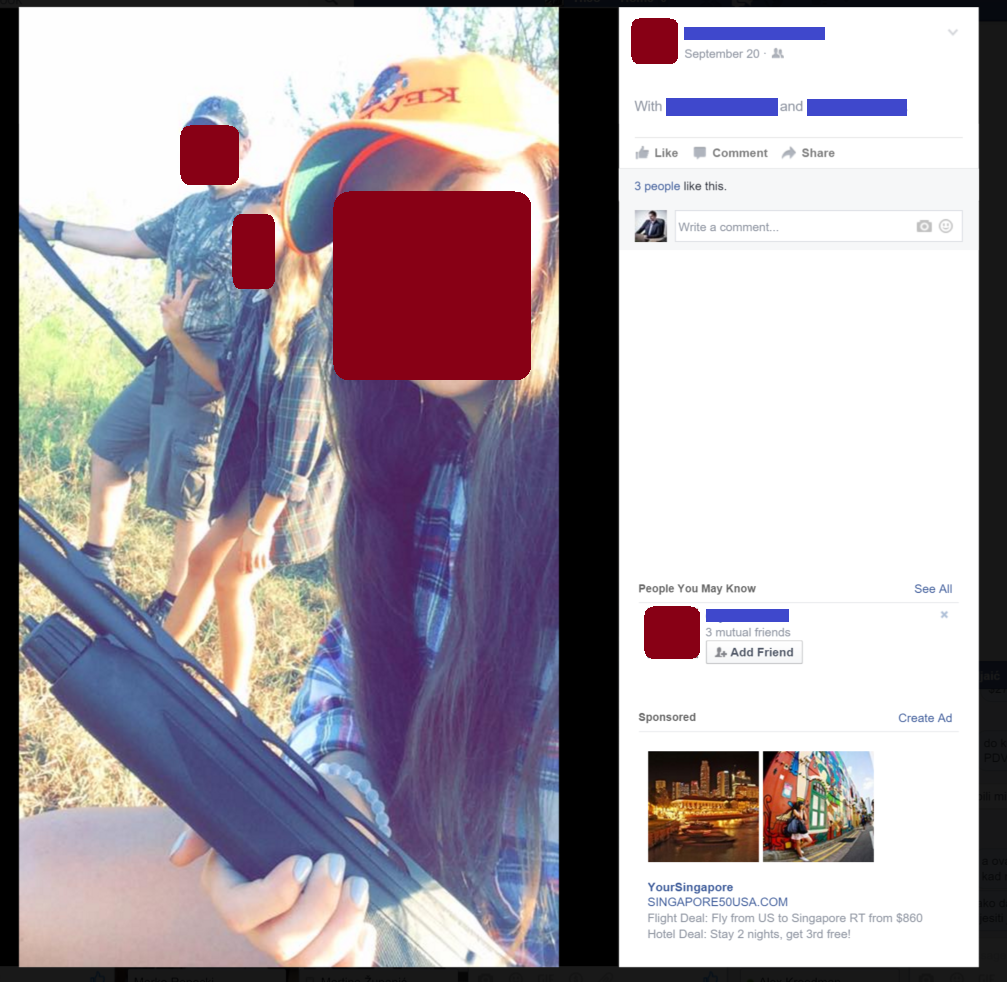 Guns and young children? According to Facebook – No problemo.

We will not go into further comments on differences in culture, but what happened with the German Museum of Art is borderline ridiculous. As late Robin Williams said in his Live on Broadway show:

For those interested in the whole show, we’re including it down below, courtesy of YouTube. Jokes in video below are uncensored, so don’t laugh too hard. Don’t worry, no nipples. Just a sweaty artist which unfortunately is no longer with us.