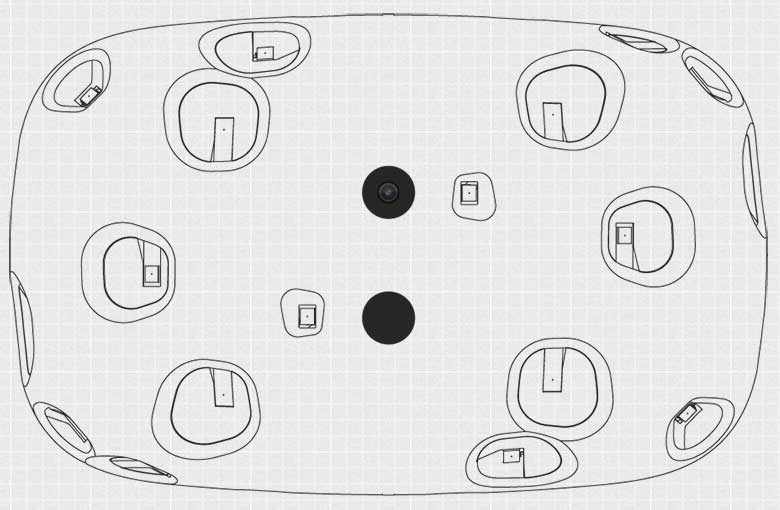 HTC Vive is now a reality.

Several weeks ago, HTC came out with a statement that their Vive VR system, which is being developed together with Valve Corporation and their SteamVR platform – is being pushed back from December 2015 to April 2016. While the company kept mum on the reasons for the delay, they insisted it wasn’t related to manufacturing issues, but rather because of ‘technological breakthrough’.

On CES 2016, HTC and Valve finally released the images of completed products, and we have to admit they look quite different compared to the Vive VR setup we tested in November. Under the retail product name HTC Vive Pre, the company introduced what is a third generation of its SteamVR development. All components of the set, HMD (Head-Mounted Display), controllers and Lighthouse are in their third iteration and what’s most important, this is the retail version that will launch in April 2016. 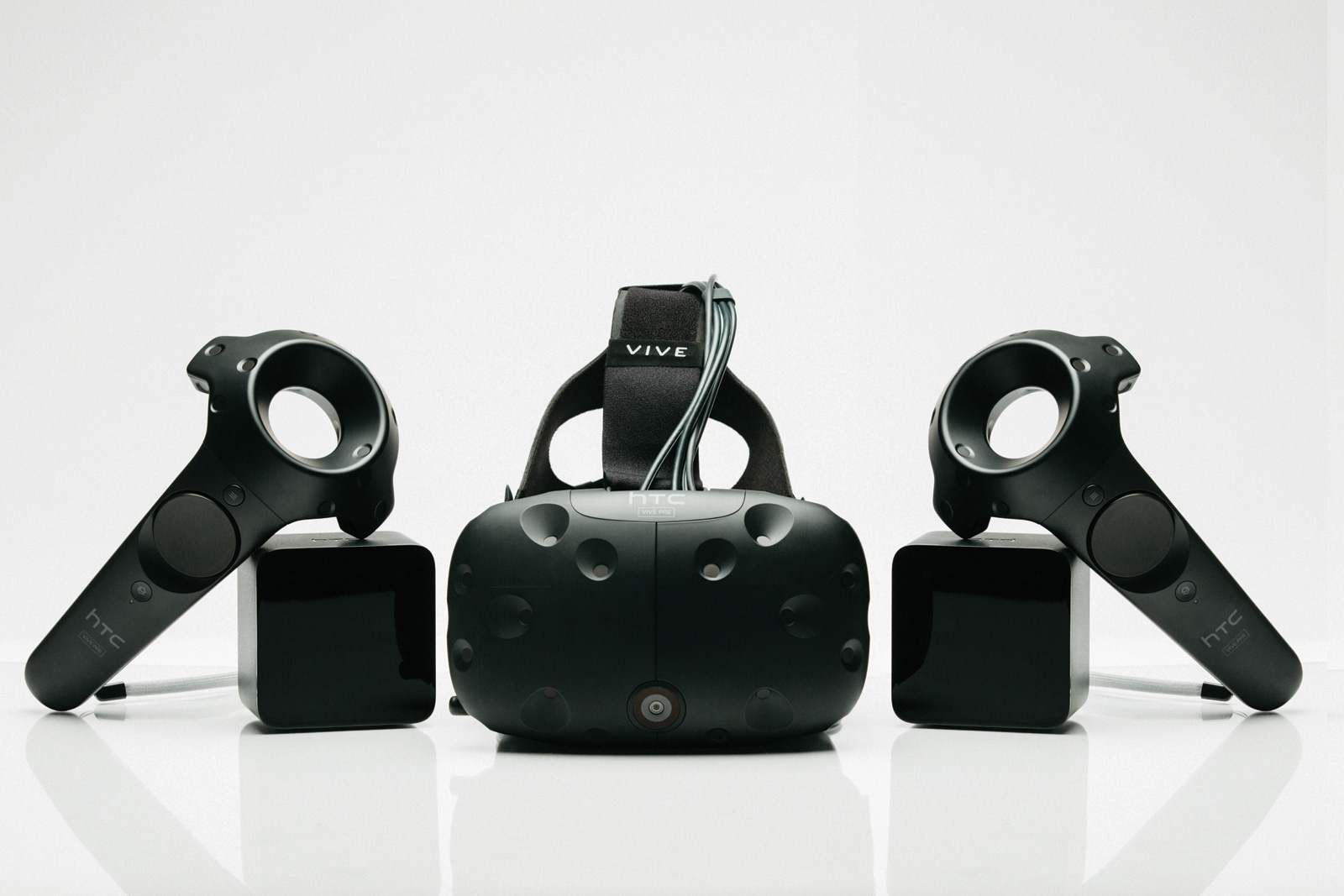 As we all know, Cher Wang, chairman and CEO of HTC sees Virtual Reality and Augmented Reality as the key revenue generators for the company, and gave an ‘all-clear’ order to develop the system without cost constrains that typically stifle Far Eastern companies. As such, HTC formed a sub-division inside the company that worked directly with Valve Corporation, without too much interference from the HQ. This approach resulted in three generations of hardware within year and a half (according to our sources, HTC and Valve only started working together in June 2014). 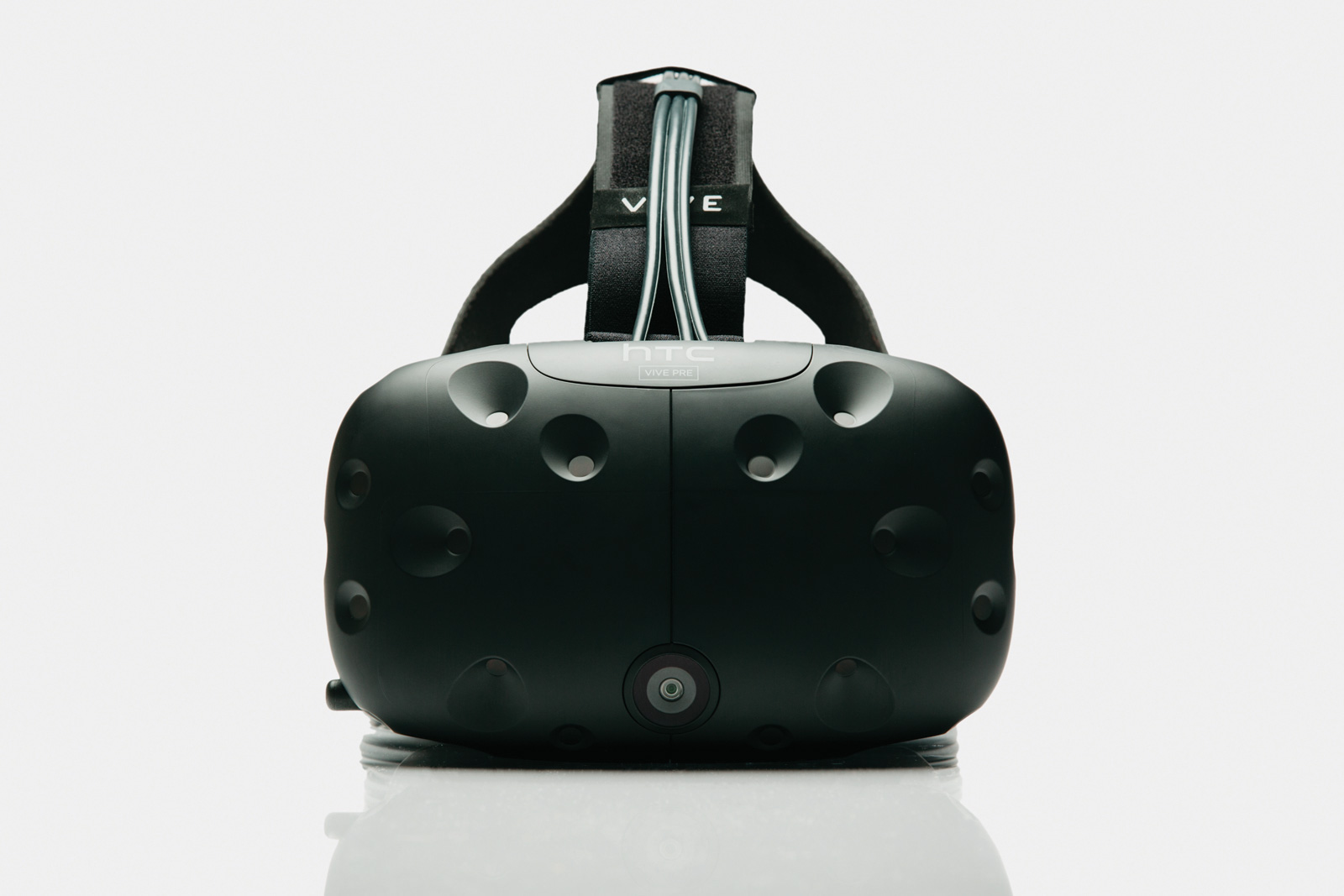 The new design of the headset brings a significant number of changes compared to the first two generations. HTC reduced the weight by double digit percentage, redesigning the foam (HTC now uses memory foam, thicker in design and less dense, with more air inside) and fabric of the strap-on. Most importantly, HTC introduced Chaperone mode, which replaces the Tron-like green boundaries of the virtual world. Now, when you approach the boundaries, the virtual world merges with the real-one, thanks to the build in Full HD camera, which records everything in Full HD resolution and projects it to the displays inside the HMD unit.

Optics also changed, and now support people that wear glasses as well, since you can manually change the prescription on the lenses. This is a more elegant approach than changing the lenses. I’ve tried HTC Vive with and without my contact lenses, and after some tweaking, it was perfectly normal for me not to use contacts while in a Virtual reality. Sadly, that still meant I would see the real world blurry, but for people using prescription glasses, this is a welcoming feature.

The only weak point might be the resolution, as it remained the same (1200×1080 pixels per eye), and during our test, we were able to distinguish individual pixels. Similar to 3D glasses, you need to see through the HMD into the VR world. Furthermore, the cables are now increased in length, and they were the longest cables we saw so far. 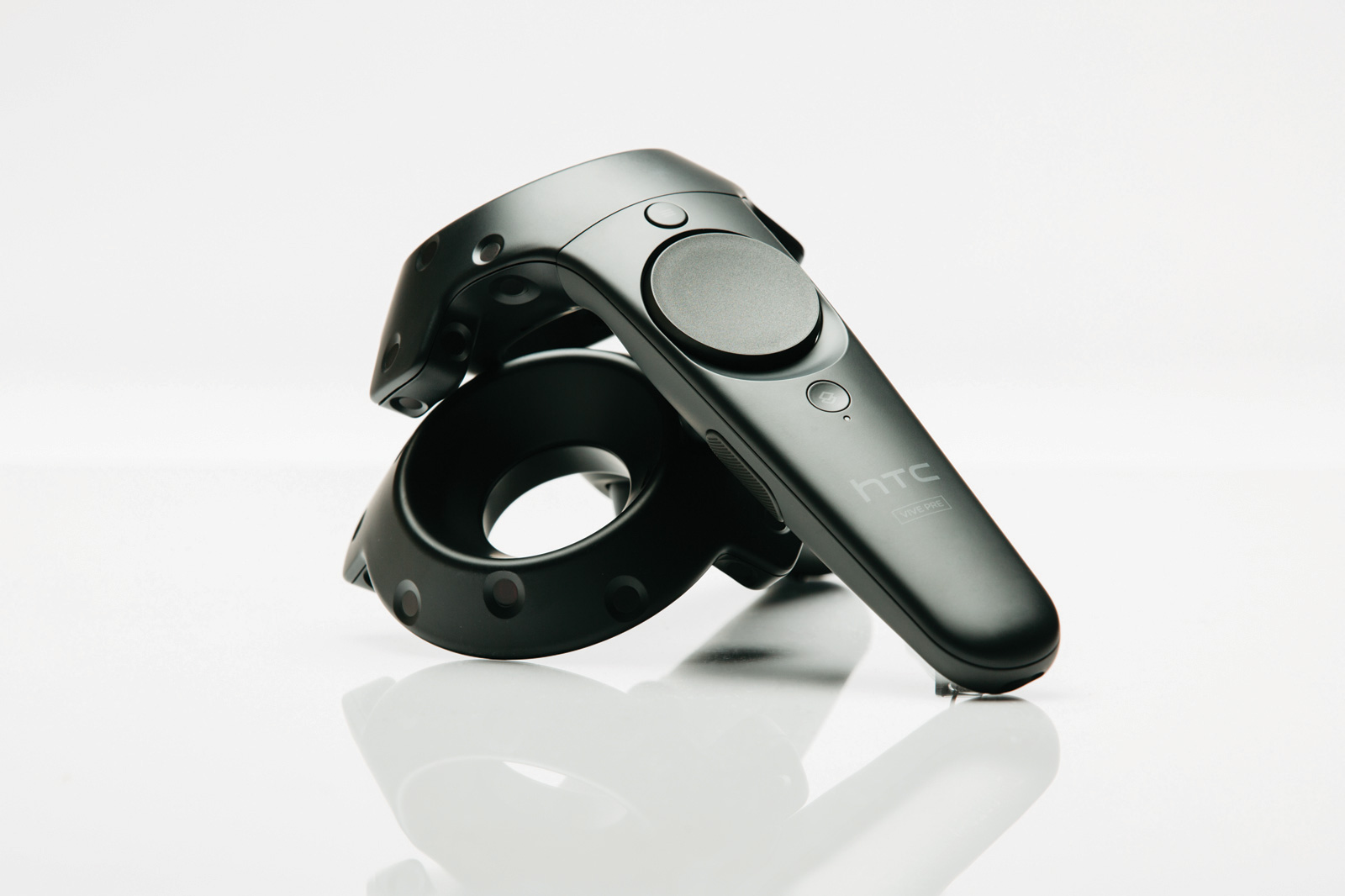 Redesigned controllers are 40% smaller than the prototypes, and offer increased grip.

Controller is perhaps the part that saw more changes than any other component. HTC told us flat out that the controller is mostly Valve’s brainchild, which went through most of the changes. This design is ‘brand new’ and came very late, so even HTC’s press photos feature a ‘stereotypical gamer’ using the old controller, rather than the shipping version. Controllers both feature a large directional D-pad, two buttons in front and two-step triggers at the back. Batteries are Lithium-polymer, chargable via micro-USB port.

Materials are similar to the ones used on Steam Controller, which means nothing but good – neutral texture for the controller, grippy texture for D-pads and soft texture for the buttons should give you better control, as you won’t see the controller in the game. Good feature about the Virtual reality is that now, left-handed and right-handed individuals are all treated the same – you can switch left and right controllers to your preference. 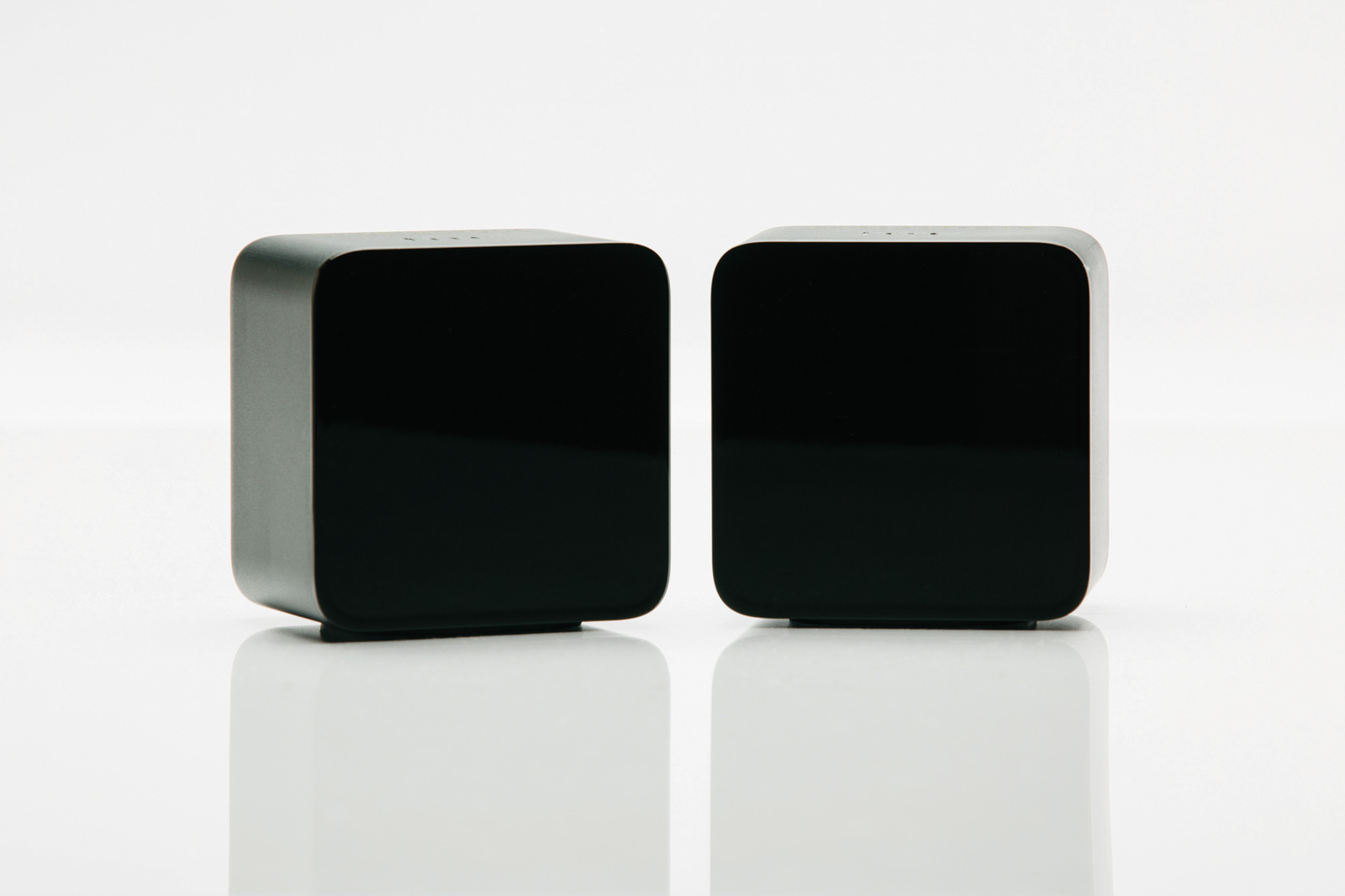 Unlike competing solutions, SteamVR is the only solution that comes with Virtual Reality space, rather than being in a passive position consuming the content. Tracking units went through extensive redesign, and just like in the second generation, they generate LED + Laser fields which gets intercepted by the sensors on the headset / controllers and thus, your position in 3D space is calculated and imported into the application. It will be interesting to see how a height of a player would impact playing Basketball or Football games. 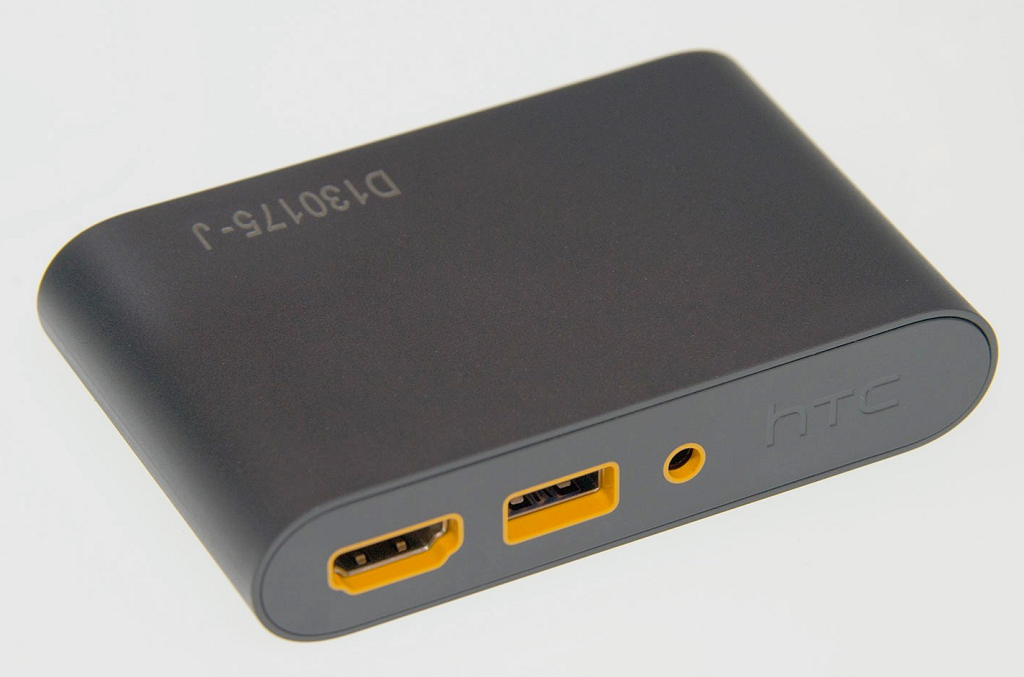 Vive’s base station provides a safety net for the computer.

Base station is the fourth member of a three-piece kit that is HTC Vive Pre. This device provides a ‘safety net’ for the computer, in case your presence in the virtual world ends up stepping / tripping on the unit. It features an HDMI and USB ports, as well as headphone jack. The purpose of the unit is simple – it would be a bit odd to ship the unit with 10 meter (33 feet) cables, so HTC and Valve split the cables in half by giving you as much space as possible. Some of professional users (HTC signed agreements with Volkswagen Group and Dassault Software for commercial usage) insisted on more redundancy if something goes wrong.

The only remaining mystery is the price. In order for this kit to become popular, it should not be priced higher than $999, a target that both HTC and Valve want to hit. But, units cannot be sold at a loss, which is one more reason for HTC and Valve to hold the pricing details until the pre-orders start. For now, pre-orders of Oculus Rift sold-out the kit for the first three months (March, April, June). If HTC manages to set things with telecom operators and introduce the cellphone based subscription payment plan, we might see an interesting shift in users. Valve said that they want that this kit becomes ubiquitous in game cafes in mainland China, Japan’s arcade shops and other large scale experiences.

What also needs to be taken into equation about the price is their competitors. While Oculus Rift with its $599 price will draw approval and criticism, the fact that Vive Pre comes with a projection camera moves the product from a pure Virtual Reality experience into both Augmented and Virtual Reality markets, and this is something we need to pay a good attention. After all, Microsoft priced its HoloLens at $3000, and HTC and Valve stand a chance to win a big number of supporters that would rather spend $3000 on three Vive Pre sets instead on a single HoloLens unit.