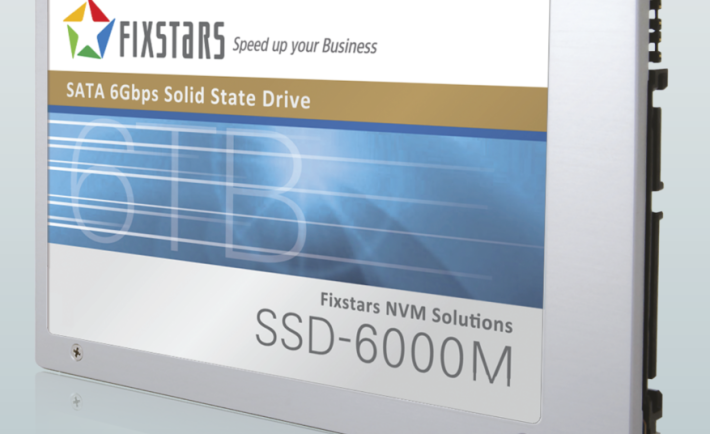 Even though Solid State Drive (SSD) technology is only now reaching significant levels of popularity, capturing more and more market share, the fact of the matter is that SSD as such is not a new technology. In fact, if memory serves me right – the very first SSD came out in 1990 in the shape of NEC 5.25″ SCSI drive (anyone remembers SCSI cables?). However, this drive was actually based on RAM-chips with a built-in battery.

The dawn of modern SSD’s came with the arrival of NAND Flash memory, and in 2005 Samsung made a milestone strategic decision to pronounce Flash memory and SSD as ‘the future’, and started working on bringing the products to the consumer market, which happened in 2006 with the launch of Samsung MP-Q30Plus-SSD – world’s first SSD-based notebook. If it did not end up stolen one fateful night in Leipzig, Germany – I would still keep and cherish that metallic-red laptop with a 14 hour battery.

A whole decade later, Hitachi Global Storage Technologies (HGST) launched the world’s first 10TB hard drive, using Helium instead of air to stabilize the heads and enable operation over ultra-dense platters. This was followed by Seagate, who launched a 8TB hard drive for the consumer NAS market, and a Helium-filled 10TB hard drive for select enterprise customers. Yet, a Japanese company Fixstars beat all conventional hard disk manufacturers to a pulp, announcing a Solid State Drive with 30% higher capacity. 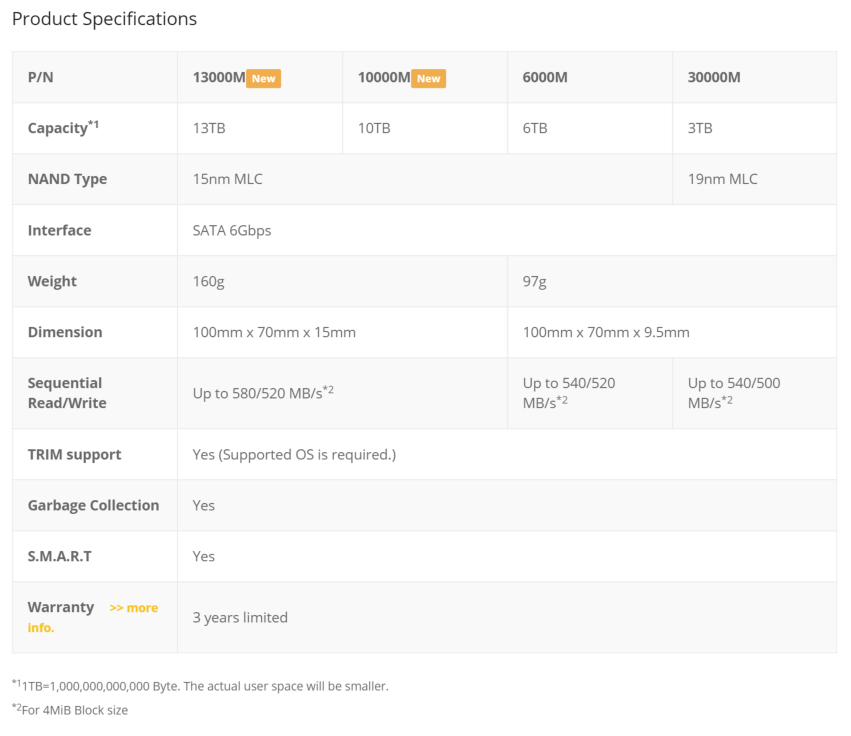 That’s correct – their SSD-13000M is a thirteen terabyte (13TB) SSD, in a significantly smaller package than HGST / Seagate. Unlike HGST / Seagate, who had to use a 3.5″ case to make their seven platters fit, Fixstars SSD-13000M is a 2.5″ slim form factor, meaning you can install this drive even in a laptop. What capacity they could reach with a 3.5″ casing – it’s not known at this point in time, but we would not be surprised if they could manage to cram as much as 25-30TB, or three times as much as highest-capacity Hard Disk Drive to date.

The company also launched SSD-10000M, which is a ‘regular’ 10TB SSD product. All of them are the expansion of the NVM-based SSD-6000M, which was a six terabyte SSD that served as a ‘trial run’ for the highest capacity models. All models use the same NVM controller and achieve almost the same bandwidth, which is 580MB/s for sequential read, and 520MB/s for sequential write (6TB model: 540 MB/s read).

In order to make 10TB and 13TB drives, Fixstars used 15nm MLC NAND Flash memory from Toshiba. Prices are steep and the company does not want to disclose them. The reason is very simple – they can pretty much dictate the price, as they won backing of several mission-critical enterprise customers. From what we can tell, based on very limited information – the 10TB SSD will set you back for $7000-9500 (here dear Fixstars, go and figure which client blew the lid on this one 😉 ), while a 13TB will set you back for a cool $1.43 per megabyte (SSD and HDD use 1000 for a capacity base, not the correct 1024), or $19,000 for 13,000 MB.

If this is too steep of a price, fear not – Mushkin is coming to market with a four terabyte SSD for 500 bucks. The only question is will 2016 or 2017 be the year when we will see the technology and market shift between SSD and HDD? If Fixstars and Mushkin are to believe, HDD manufacturers better start responding before the new players run them over. And one manufacturer reacted in a $19 billion move.