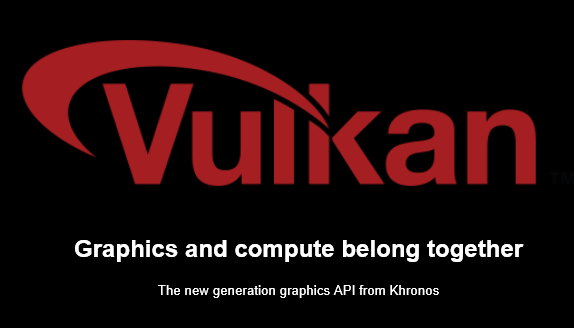 Vulkan started from its humbled beginnings as AMD Mantle API (Application Programming Interface), which was put aside when Microsoft launched DirectX 12. The huge effort invested in Mantle did not go to waste, since AMD decided to turn the standard into an open source API, ‘giving it’ to the Khronos Group. They’re a non-profit body which supports the development of over 20 different standards such as OpenGL, OpenCL, WebGL, OpenSL etc., as well as the universal file format initiatives like COLLADA.

Given that the president of Khronos Group is no other than NVIDIA’s Neil Trevett, we were not surprised to hear that NVIDIA hosted the first Vulkan Developers Day. As Neil explains on his blog, there are several key advantages for Vulkan over traditional graphics API’s, such as OpenGL, OpenCL or DirectX:

A key advantage of Vulkan over OpenGL is the ability to generate work for the GPU across many CPU threads, making Vulkan particularly useful for developers who find themselves CPU-bound, which can occur in diverse application domains, including games, computer-aided design and mobile apps.”

Following the conclusion of the event, NVIDIA will host all the presentations and videos from the Vulkan Developers Day sessions as soon as the initial version of the standard gets released publicly, which is scheduled to happen over the next couple of weeks. Thus, for now the link is not live, but stay tuned.

What makes this API very attractive is Google’s decision to implement Vulkan as the reference graphics and compute interface for the future releases of Android operating system, which could soon overtake Microsoft Windows in terms of installed user base.

You can read more about the API on official website of the Khronos Group. And if you’re a developer, we would advise you to download (or buy printed copies) the Reference Cards for the standards you’re interested in, which personally speaking, is one of most useful tools a developer can have.