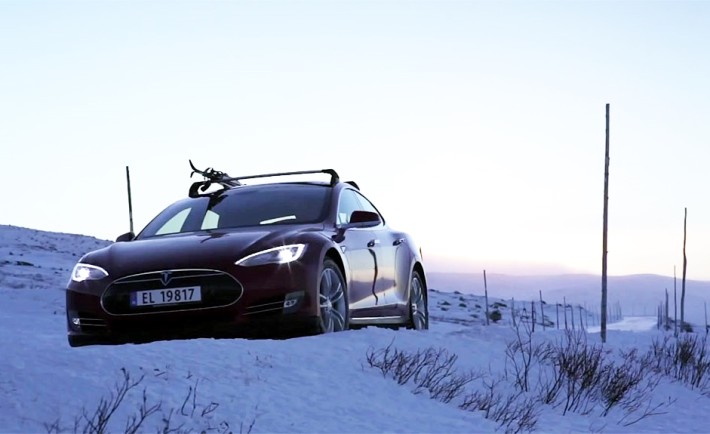 If you live anywhere in the northern hemisphere, you’re likely already aware of how bitterly cold temperatures can dip to. In the United States or Canada alone, good luck if you’re living in Alaska, North Dakota, or Minnesota, as temperatures can reach well below -1 degrees Fahrenheit. Same story with Iceland, or Scandinavia. However, you’re going to need more than luck if you’re an EV (electric vehicle) owner in a cold climate, as it appears that electric car batteries may well struggle in winter – taking more time and energy to warm up and function efficiently.

Sadly, global warming pushed winter patterns from November/December to January-March, and having snow as late as April in the middle of Europe is not an uncommon occurrence. We’re now witnessing snow even in Taiwan or Southern China, which is not something you would expect from average temperatures.

According to a recent article from Business Insider, your car’s cabin heaters are a major culprit to draining energy away from the main battery. Unlike a regular vehicle with an internal-combustion engine, cabins in electric cars can’t forage excess heat from the main power source. However, the most effective way to warm up your car before driving, is by simply plugging it in before you actually start the engine. Therefore, the energy comes from the grid, and not your car’s battery, in order to heat the cabin.

Along with picking up snow chains and other winter accessories from online outlets like Mister Auto, there are many simple tips that should be implemented when driving in winter – EV or otherwise. Using your seat warmers, rather than your cabin heaters, will greatly assist your EV reach its maximum range, or reduce burden on the car battery in an conventional ICE-powered vehicle. Putting the car in a garage, or placing a cover over the vehicle, will help raise the engine’s temperature. And of course, lessening hard accelerating and breaking, as well as high-speed driving.

As we’ve seen, electric cars can be a fickle market, as shown by the bankruptcy of one electric car battery manufacturer. However, EV owners have been vocal about being able to acquire upgradable batteries after a certain time-frame – something that manufactures are reluctant to bow to, stating that a new vehicle is the upgrade, not the battery.