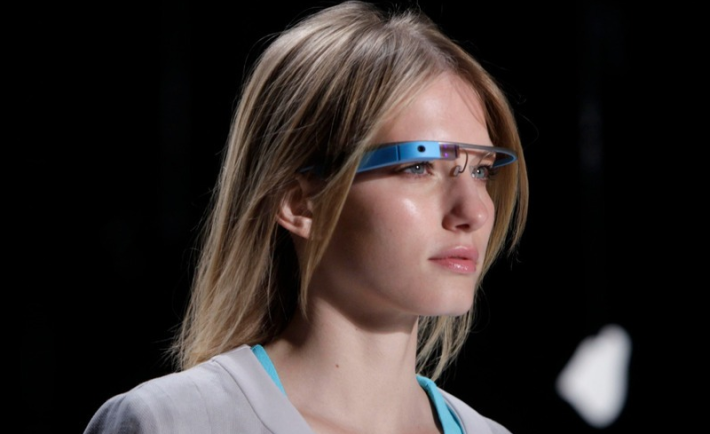 Diane von Furstenberg was the first fashion house to bring technology to the runway.

Famous New York institution, the Metropolitan museum announced “Manus x Machina: Fashion in an Age of Technology” for its 2016 Gala Theme. Topic of love affair between fashion and technology is now joined at the altar. While the two are usually viewed almost as complete opposites, they have been slowly gravitating towards each other for the past few years. As two of the largest global industries, it was only a matter of time before fashion and technology joined forces. Quite conveniently, sponsors of the exhibition are Apple and Conde Nast. 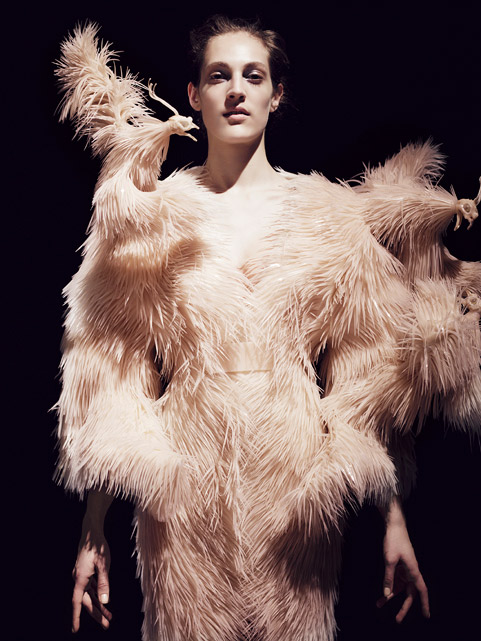 The influence of technology on fashion is evident for quite some time now and has revolutionized almost all aspects of the industry. Online shopping changed the consumer experience, eradicating the need to push through crowded stores or queue for cramped, badly-lit dressing rooms. Instead, the modern customer can shop to their heart’s content from the comfort of their own home. In fact, brands such as Peter Hahn are one of many online shopping platforms who allow access to more than one brand, making the entire experience an easy, one-stop process. This simpler access to fashion has democratized the industry, as it is no longer only available to the people in metropolitan areas.

Fashion houses all over the world have recognized the need and benefit of utilizing technology in their messaging. While the advent of blogging gave fashion advertising a new and more relatable platform, many are turning to technology to enhance the in-house shopping experience. When Burberry opened its new flagship shop on Regent Street, the result was the first multi-media shopping experience. Located in a historic 1820’s building, the shop juxtaposes the old with new and modern screens and a sophisticated sound system routinely stage virtual thunderstorms in honor of Burberry’s most iconic item of clothing – the trench coat. 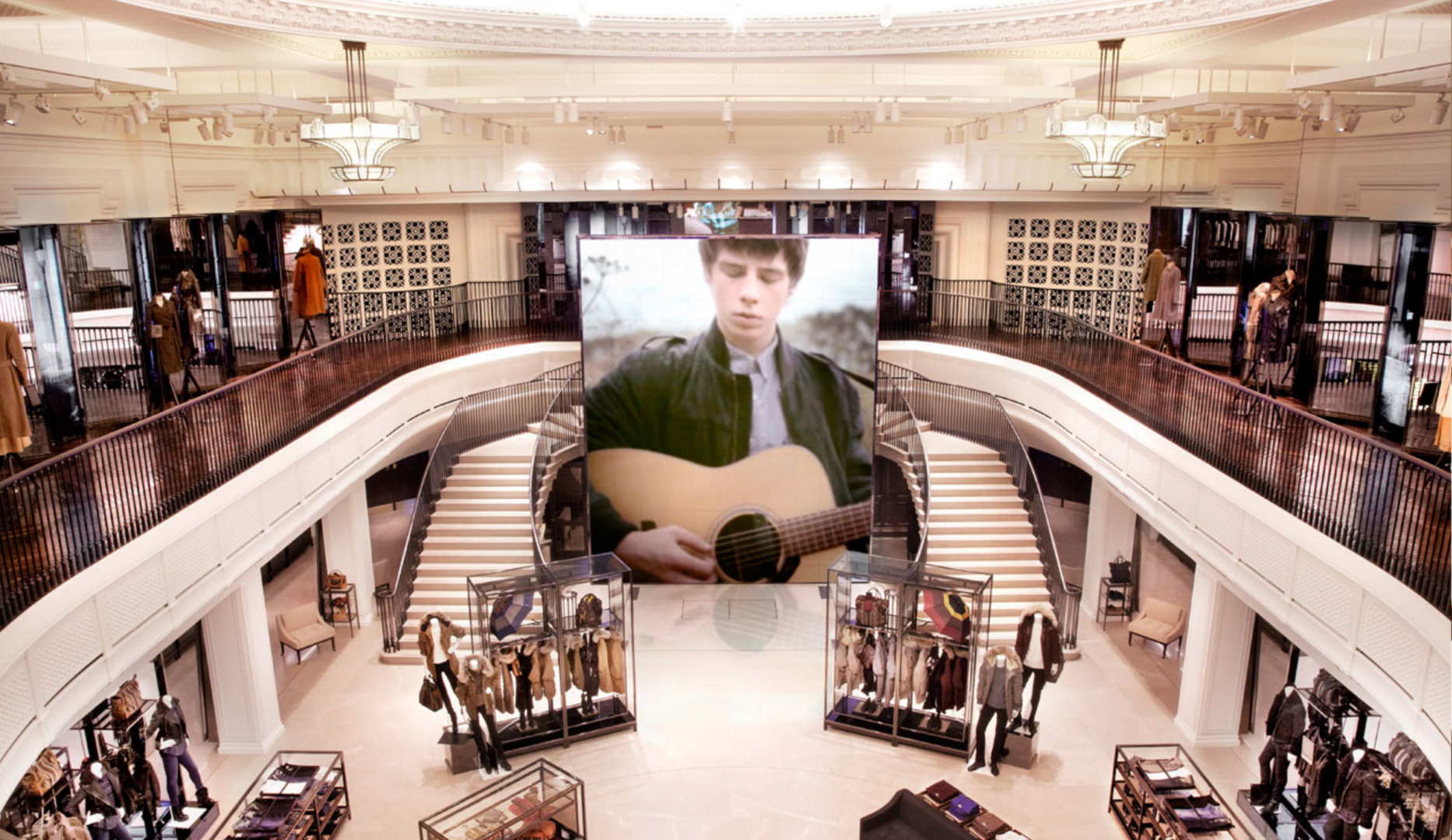 Burberry store re-opened in 2012, and the space is filled with LCD displays and TVs which blend into the store space.

While technical innovations led to improvements for the consumers of the style industry, fashion has done its part making technology more attractive to the general public. Recent trends of wearable technology have benefitted greatly from fashionable endorsements like Tory Burch for Fitbit, preventing them from becoming niche products. Diane von Fürstenberg featured Google Glasses in her spring 2013 show, redesigning them in sleeker, more fashion-forward shapes. DVF profited from the contemporary edge the glasses leant her collection, but Google Glasses were arguable the bigger beneficiary of this collaboration.

In fact the relationship between fashion and technology is a largely symbiotic one. As much as the fashion industry recognises the need for technical innovation, so too does the tech industry realise the potential of marketing their products to more fashion forward clientele. Some of the most successful technology brands, such as Apple, have been able to poise their products as style staples, rather than utilitarian everyday items. Apple has developed its relevance to fashion to such an extent, that they are in fact a sponsor of the Met Gala 2016. Both fashion and technology have mastered the art of selling a lifestyle rather than a product.

Iris Van Herpen is one of the designers driving the technological couture movement. Experimenting with fabrics and techniques alike, the allure of Van Herpen’s designs lie in the dichotomy of old and new, futuristic and traditional. She delights in subverting the expectation of her audience, recently telling Vogue:

“I often play with these stereotypes that people have in mind about craftsmanship and technology. I think as a designer or as an artist, if you have full control over your material or your technique, you can go anywhere, and that’s what I am really trying to research within my work. I’m really trying to strip down these prefabricated ideas people have about technology and craftsmanship and materials,” said Van Herpen.

With the relationship between technology and fashion still blossoming, and wearable tech trends on the rise, one thing is certain: We have not yet even come close to seeing what this explosive mixture can achieve.