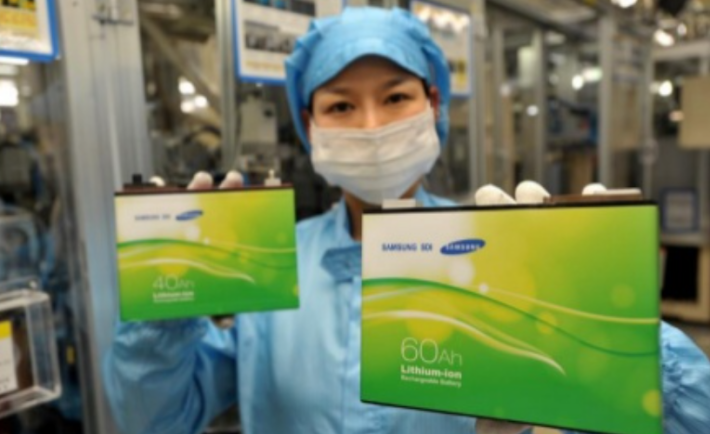 Over the past couple of months, we’re seeing a lot of corporate movements inside Samsung Group. First, Samsung Display announced it plans to completely offload its LCD manufacturing business, starting with a sale of L.5 factory to China’s Truly. Second, Samsung SDI decided to sell its whole chemical business sector and focus solely on improving the chemistry for its car battery business.

The size of investment is nothing to be sneezed at. Over the next three years, newly established ‘Samsung SDI Chemical’ will be sold off, while Samsung’s SDI will invest at least $2.51 billion into development of car batteries. This is not all, as all the proceedings from the sale of Samsung SDI Chemical (Lotte Chemical is the forerunner for takeover) will also be used to invest into the battery business. As it stands right now, sale of SDI Chemical could bring in as much as $5.29 billion – bringing the total investment in car battery business to $7.8 billion. We’ve been unable to obtain more details about the percentage of the funds planned, and find out if Samsung SDI plans to build its own large-scale car battery factory, or not.

Samsung SDI currently manufacturers LiNiMnCoO2 graphite batteries to BMW for all of its plug-in hybrid and Electric vehicles, as well as FCA’s Fiat 500e.

Tesla 35 GWh Gigafactory is planned to be in operation by 2020.

The spree of investments into the car battery industry gaining more speed. Tesla Motors started the expansion with the announcement of Gigafactory, which plans to have higher capacity than all battery manufacturing facilities in the world – combined. In order to reach its ambitious goal, the footprint of Gigafactory was increased by massive 45%. Of the $5 billion required for the Gigafactory 1, Panasonic is investing $1.6 billion – but this was not the only investment of the Japanese battery giant. Furthermore, Chinese Build Your Dreams (BYD) plans to open a similar Gigafactory in mainland China. BYD’s economy of scale is nothing short of astounding, since this manufacturer plans to manufacture everything electric – electric buses, trucks and cars.

As you can see from the slide above, SDI Chemical originally planned to build their third car battery facility with a ‘mere’ 5 GWh annual capacity in Ulsan, South Korea. However, it is our understanding that the company is ‘doubling down’ on the strategy and want to increase the capacity into figures which would be comparable to BYD and Tesla/Panasonic factories.

We end the news with an short overview of 2015 sales results for Electric Vehicles, thanks to EV Sales blog. And yes, BYD is world’s #1.