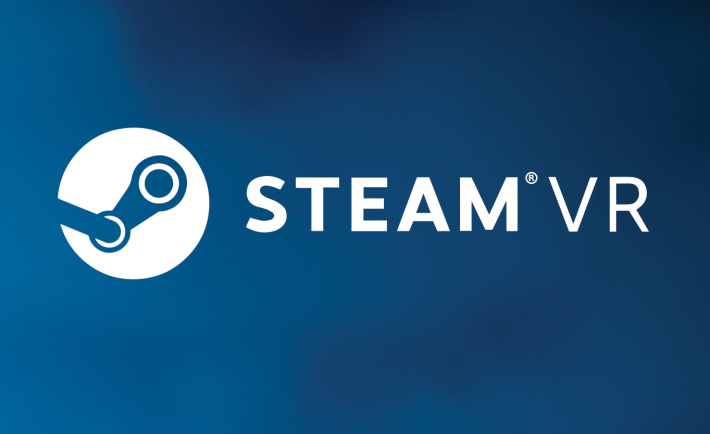 Update March 17th, 2016 16:52 GMT – The AMD R9 Nano x2 was the performance achieved by Radeon Pro Duo. We have discussed the SteamVR benchmark with Valve and they are working on expanding the benchmark score to incorporate more frames. The Fidelity test will stay just that (“Crank it up to 11”), but the benchmark will be enhanced to factor in the developments of graphics hardware. We will follow up as more developments around SteamVR happen.

Over the past three weeks, we saw two VR vendors releasing their tests to check can your machine deliver an optimal VR experience or not. As it goes, one vendor (Oculus) did a completely wrong thing by releasing a tool which only blindly looks at the specs, and the other (Valve) did a better job by releasing an actual VR benchmark.

Oculus Rift Compatibility Tool checks your system to see if you fit under the following specs, and that’s that:

Now, if we compare Facebook/Oculus approach to Virtual Reality, and how Valve and HTC are developing the SteamVR platform, it is clear that Valve/HTC are doing a better job. First and foremost, Valve’s SteamVR Performance Test is a real benchmark. This benchmark is based on Aperture Science Robot Repair demo and it will run regardless of do you have a VR setup installed on your system – or not. 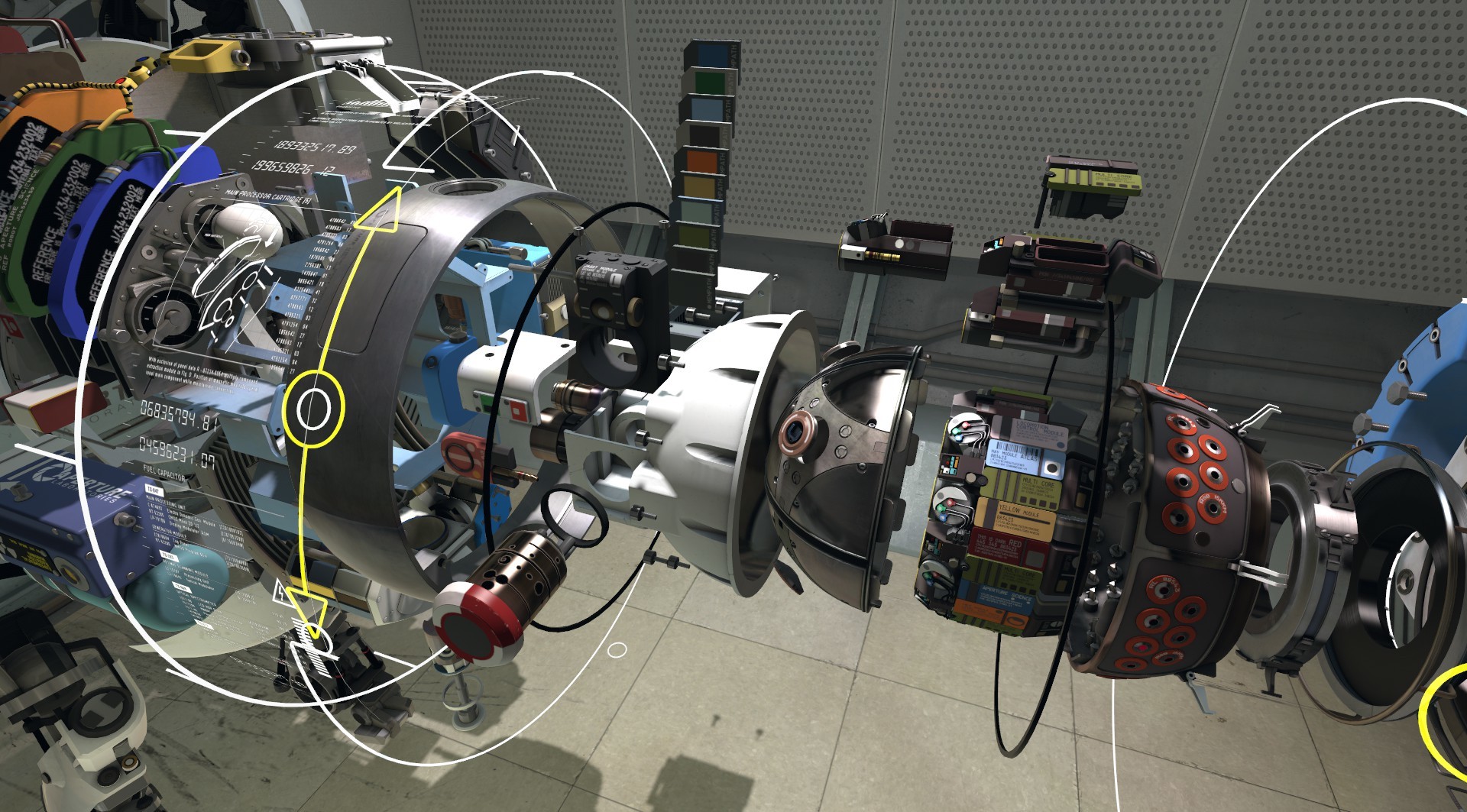 Now, Valve’s initial VR benchmark shows that the authors probably belong to the Spinal Tap fan club, as the benchmark result currently peaks at 11. As you can see from the video below, it must be as important as that Marshal amp or even inside Tesla’s electric cars.

AMD reached out to us and sent us their initial benchmark results, which show AMD parts performing better than NVIDIA. 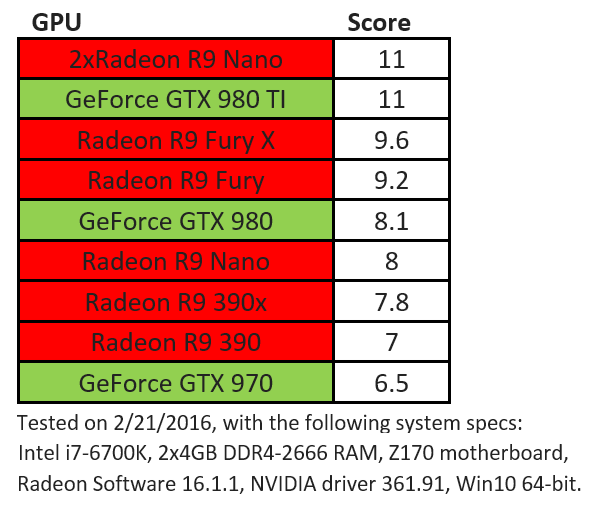 According to AMD, the best VR experience is offered by two Radeon R9 Nano cards. We would disagree with the AMD-provided slide above, since I don’t think anyone will be buying two Nanos to run in Crossfire. Secondly, the benchmark does not work properly on all multi-GPU configurations, which is why we are discarding the first result. AMD is yet to launch its long delayed AMD R9 Fury X2 i.e. AMD Gemini Dual-Fiji board, which should debut around the time when Oculus Rift and HTC Vive appear on the shelves. 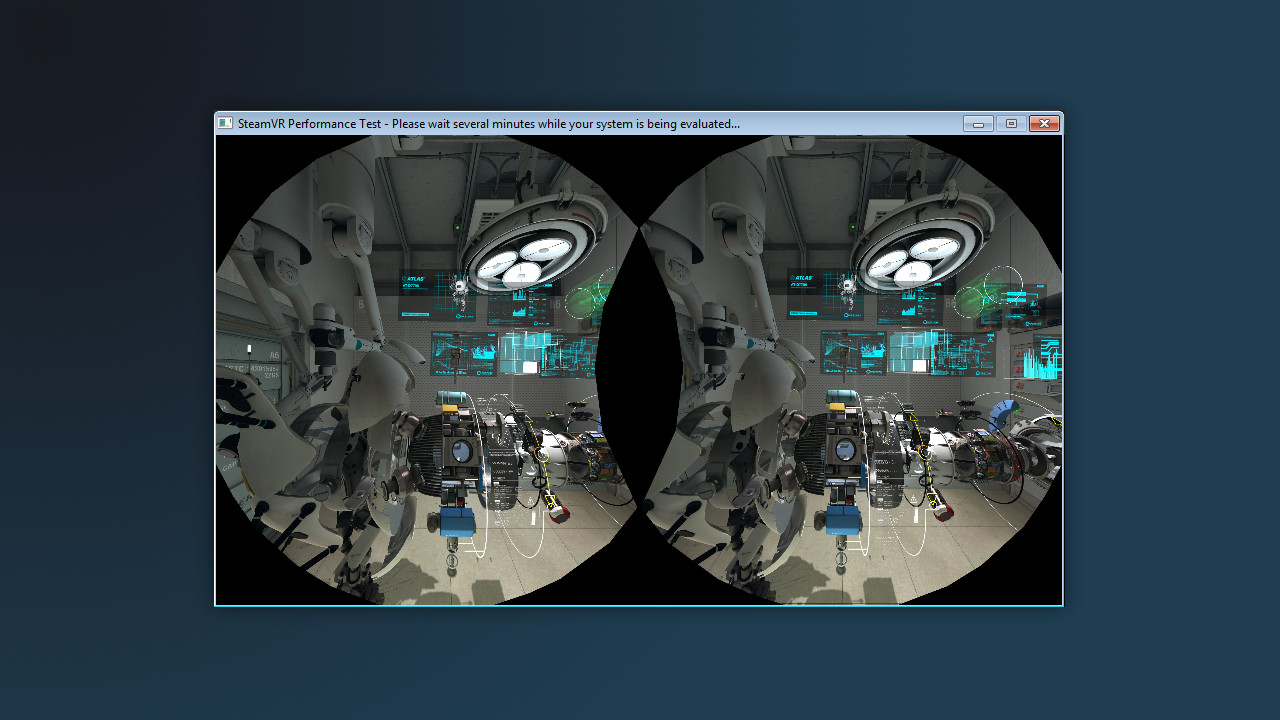 We ran the benchmark on our own on a similar system, and got almost identical results to AMD when it comes to GeForce GTX 980 Ti (11), and AMD R9 Fury X (9.9). We also checked out GeForce Titan X, and a three year old Radeon R9 290X. Our system features more memory and an M.2-based SSD, all from Kingston’s HyperX division. If we remove the multi-GPU configurations, which are not supported on all platforms, this is what kind of VRPC performance should you expect:

Take a look at #8. AMD Radeon R9 290X was launched in September 2013, and still easily beats GeForce GTX 970. More worrisome for AMD, it also beats R9 390 and R9 380 without breaking a sweat (almost 10% faster than 390!). Naturally, take these results with a grain of salt as we don’t have all the boards, but you can follow the fast developing thread on Reddit. We will be including this benchmark in our test suite, but we hope to see SteamVR benchmark fully developed, and supporting Multi-GPU configurations from both vendors.