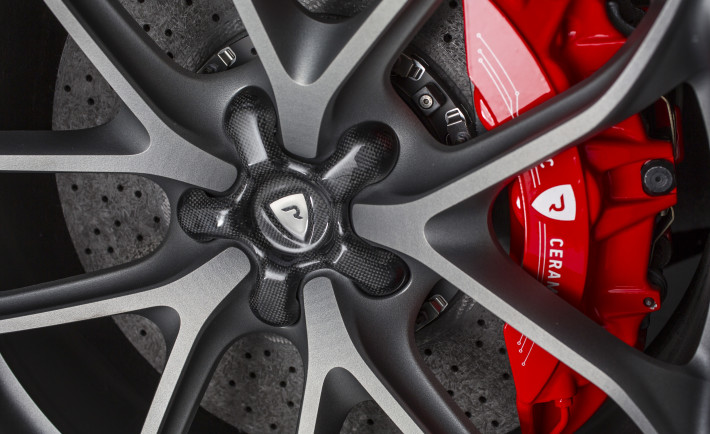 Rimac Automobili d.o.o. (Ltd.) is launching a production version of its Concept_One, an electric hypercar developed in Croatia, Europe. What makes Concep_One special is that it served as a technology demonstrator which was so impressive, several car manufacturers contracted Rimac to build them a bespoke version of their own vehicles. At the same time, Christian von Koenigsegg was so impressed with the in-house technology that his Regera is powered by a Koenigsegg-Rimac drivetrain, without a gearbox.

Concept_One is a different beast altogether. 1088 hp, and 1600 Nm / 1180 pound ft. (electronically limited) take the vehicle to 300 kph / 186 mph in just a bit over 14 seconds (14.2 sec). Given that car will reach 200 kph / 124 mph in mere 6.2 seconds, you need to develop serious drive train, capable of withstanding incredible loads. In order to produce this performance, Rimac developed in-house duals-speed, dual-clutch gearbox, which is the subject of this story. Watch and enjoy. 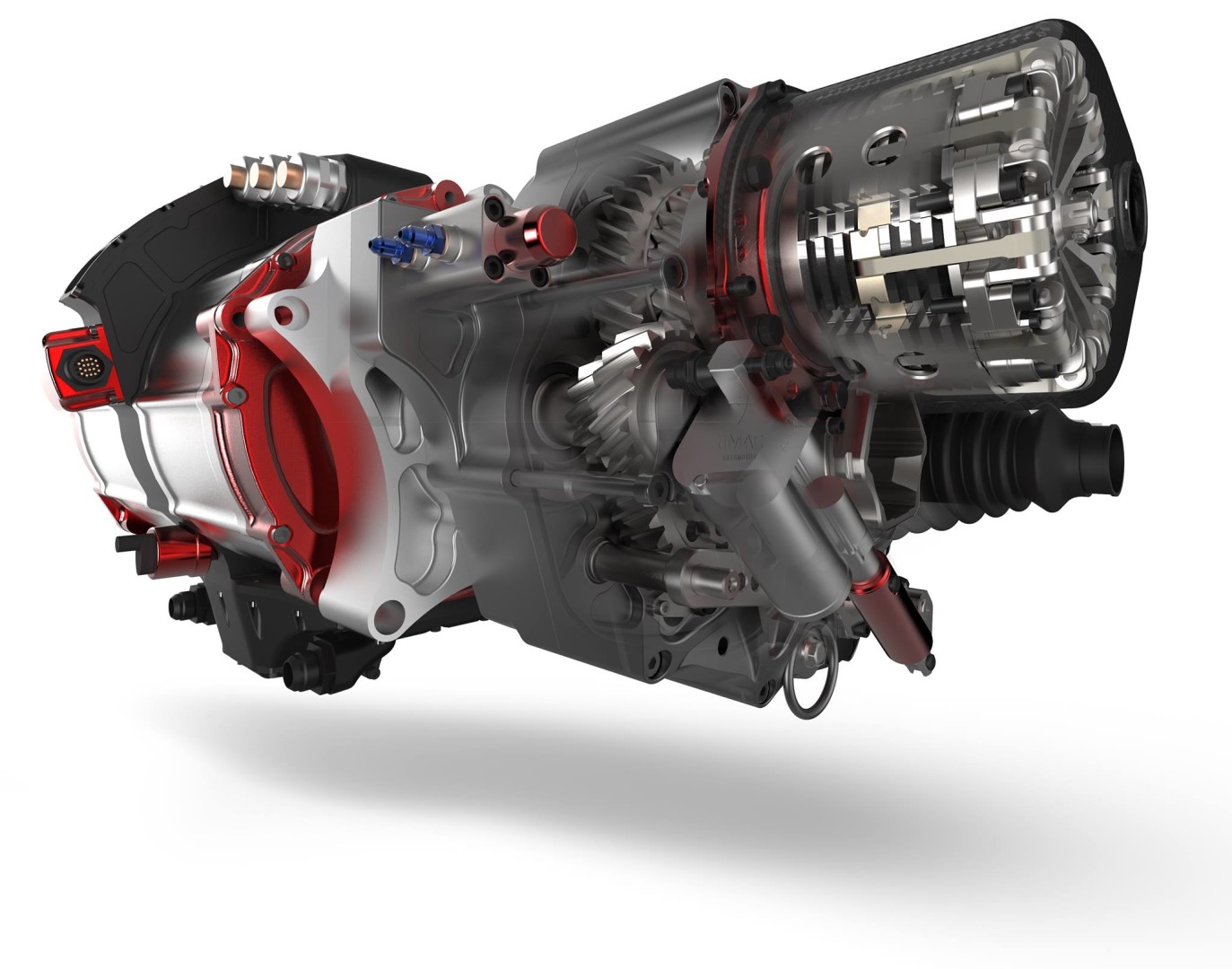 Imge above shows the rear drive train, with the far left depicting two electrical motors capable of delivering 600 kW (804 hp), with a dual clutch gearbox for each wheel. 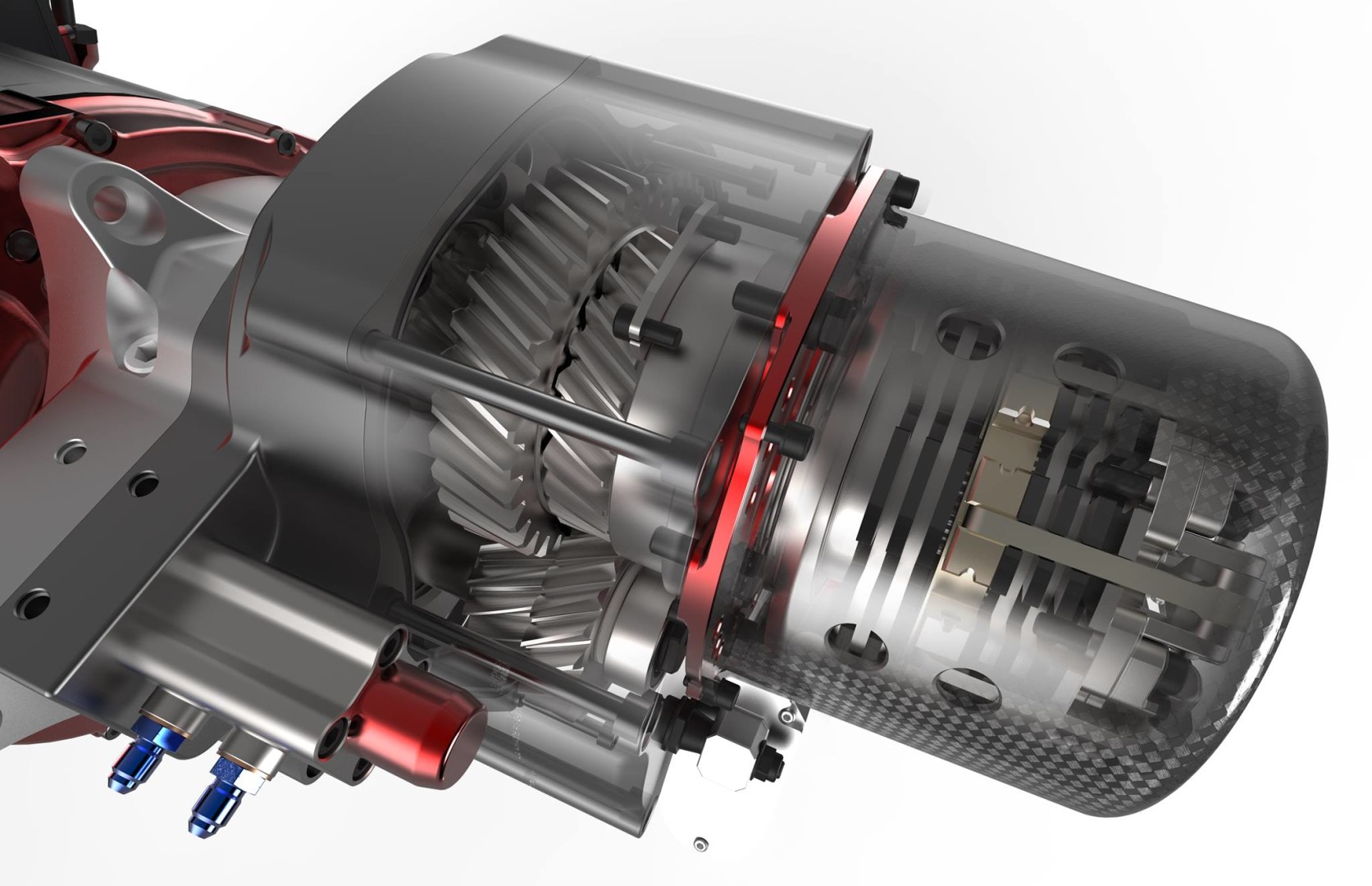 Close up of the left rear gearbox.

On March 1st, 2016 Rimac Automobili will host a press conference at the 2016 Geneva Motor Show, where they will unveal not just the production version of Concept_One, but also a new generation of their electric bikes (Greyp), and as Mr. Mate Rimac said in a recent TV interview – something surprising.

“My goal was to not to create an electric version of existing supercars. I wanted to create technology to make the supercar considerably better in every regard – faster, more fun and more efficient. I wanted to make the supercar of the 21st century. The Concept_One showcases performances which were not considered possible for electric cars a few years ago. To reach that level of performance, we first had to develop the technology and then the car. The Concept_One has gone through four iterations from a concept to the production car. In every iteration, we have redesigned almost all systems from scratch in order to achieve the level of performance and quality that we have set for ourselves in the beginning. I am also extremely proud of our vertical integration – the Concept_One is a true Rimac Automobili product – down to the smallest details.”

Here’s a snippet from the press release:

Distributing a total of 800 kW / 1088 HP and 1600 Nm of torque, the Rimac All Wheel Torque Vectoring (R-AWTV) system precisely calculates the optimum torque for each wheel. R-AWTVuses inputs from several precise sensors strategically positioned around the chassis and suspension to calculate the optimal torque distribution between the wheels through complex mathematical models and control algorithms. The system provides unseen flexibility and grip by controlling each motor individually one hundred times per second.  This enables the Concept_One to accelerate from standstill to 100 km/h in just 2,6 seconds and, to 200 km/h in 6,2 and to 300 km/h in mind-blowing 14,2 seconds.

The R-AWTV functions as a traction control, stability control and “electric ABS” system that also commands the 4-wheel regenerative braking of up to 400 kW that works together with the carbon-ceramic braking system.