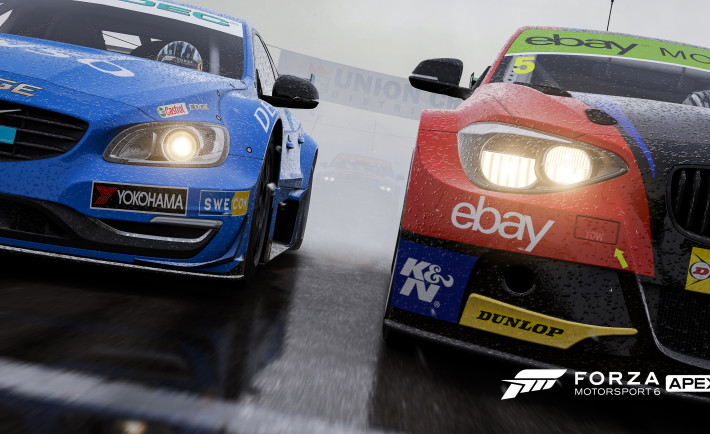 Windows 10 Store was recently exposed to a healthy dose of criticism showing the issues customers face if they purchase games inside Microsoft’s e-tail platform. Titles such as ‘Rise of the Tomb Raider’ and ‘Quantum Break’ come with a list of incredible limitations that software developers will really have to remove if Windows Store is to become anything else but “Games for Windows 2”.

In order to bring the platform to the level of experience delivered by Valve’s Steam or EA’s Origin, Microsoft prepared a flagship title. This game will utilize all the latest technologies offered by Windows 10. We’re talking about DirectX 12 API, high-resolution textures and support for 4K (Ultra HD) resolution.

“Arriving on the Windows Store this spring and available for free, Forza Motorsport 6: Apex is a powerful demonstration of what the ForzaTech™ engine can do when unleashed by DirectX 12 API at resolutions up to 4K. Developed by Turn 10 Studios, Forza Motorsport 6: Apex is the first step in Microsoft’s commitment to creating amazing Forza experiences for Windows 10 PC gamers.”

The game brings six racing tracks available in 20 different configurations. Even though this choice is a limited selection compared to the Xbox One version, bear in mind this title is free, with future track and car updates to come as DLC’s (Downloadable Content pack). If you’re a racing enthusiast, this game features Spa-Francorchamps and Top Gear track at the Dunsfold airport. Other tracks include Brands Hatch, Rio de Janeiro, Sebring International Raceway and Yas Marina.

These tracks will play a host to different game modes, such as the “Showcase Tour”, a new 12-event career mode which should be a good palette teaser for more tracks and cars. This mode is narrated by James “Captain Slow” May and Richard “The Badger” Hammond, formerly of Top Gear fame, and newly hosts of Amazon’s upcoming automotive series. Too bad James Clarkson didn’t loaned his voice, but he was probably busy punching other people over hot meals, or apologizing for it /sarcasm off.

Naturally the game would be nothing without cars, which is why we left this part for the end. Forza Motorsport 6: Apex brings no less than “63 fully functioning Forzavista™-enabled cars, each with working cockpits and full damage.”  That’s right, cars you can crash, working cockpit with all the buttons and whistles… if we could only experience this in Virtual Reality, the dream would be complete. Still, we will have to see which title will become VR-aware first, Forza Motorsport from Microsoft, or Gran Turismo from Sony (Polyphony Digital is wholly-owned by Sony Interactive Entertainment).

Thus, we will await patiently until we can give Windows 10 Store a pass when it comes to games, and you can be sure we will use Forza Motorsport 6: Apex in our future reviews.

Is it all Great? Nope!

Unfortunately, not everything is great in regards to this ‘free’ title. According to the developer, they will only support keyboard/mouse or a gamepad. No steering wheels are supported, which is a bit odd… since this is a racing game. And time will tell can they support what is already criticized for Windows 10 Store – no multi-GPU support, forced Vsync and so on and so forth. Let’s see can Turn 10 Studios polish the game and make it an enjoyable experience, or will the name of the studio be a subtle note where the whole devteam crashed.