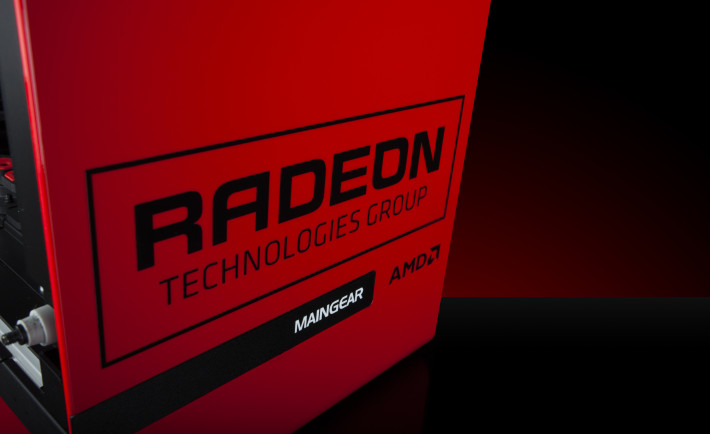 AMD announced on Monday that it has teamed up with game developer studio Crytek to provide colleges and universities with hardware and software for dedicated virtual reality (VR) labs. AMD said it will fork over new Radeon Pro Duo graphics cards to these labs as well as the LiquidVR SDK, which will be provided for free thanks to the GPUOpen initiative.

AMD’s hardware and software offering is part of Crytek’s “VR First” initiative, which was established to provide educational institutions a “ready-made” VR solution for researchers, developers, and students. The studio, famous for its CRYENGINE solution and games such as Crysis 3 and Far Cry, revealed its VR initiative back in January 2016, saying the engine’s source code will be provided for free to qualified individuals seeking to develop VR applications.

“VR First seeks to empower the development talent of tomorrow by ensuring academic institutions around the world are equipped to support their ambitions in this exciting new field,” Crytek said. “The initial VR First Lab opens its doors today at Istanbul’s Bahçeşehir University and will act as a pilot destination for the scheme. Crytek and the program’s affiliate hope to ensure every VR First lab facilitates users to play a key part in shaping the future of VR.”

The VR First webpage states that developers will have access to “powerful PCs, full CRYENGINE source code, and state-of-the-art VR headsets.” Even more, the “100% royalty-free” CRYENGINE platform supports the upcoming Oculus Rift headset as well as Microsoft Windows, Linux, Xbox One, and PlayStation 4. AMD’s LiquidVR technology is compatible with both the Oculus Rift and the HTC Vive.

“We’re on the cusp of an immersive computing era enabled by GPUs and game engines” said Raja Koduri, senior vice president and chief architect, Radeon Technologies Group, AMD. “We need a new generation of developers whose educational foundation includes mastery of game engines and GPU programming. We’re dedicated to nurturing that future, and see the collaboration with Crytek and the VR First initiative as a key step in realizing the goal of expanding immersive experiences outlined in our VR Ready Programs.”

As a refresher, the new Radeon Duo Pro graphics card consists of two “Fiji” GPUs with 8192 cores, 8GB of HBM memory, and a combined memory bandwidth of 1TB/s. The specs also include four display outputs, a dual-slot heatsink, a single 120mm radiator, and a silent fan. The card is supposedly rather quiet, flying in under 30 dBA.

That said, new VR labs packed with this monster card should have no trouble getting VR applications up and running thanks to 16 teraflops of compute power. Cevat Yerli, Crytek’s CEO, believes that the combination of AMD’s hardware/software and his VR-enabled game engine will “fundamentally” change how humans interact with technology. He’s probably right, and we look forward in seeing what these new VR First labs will produce in the near future.