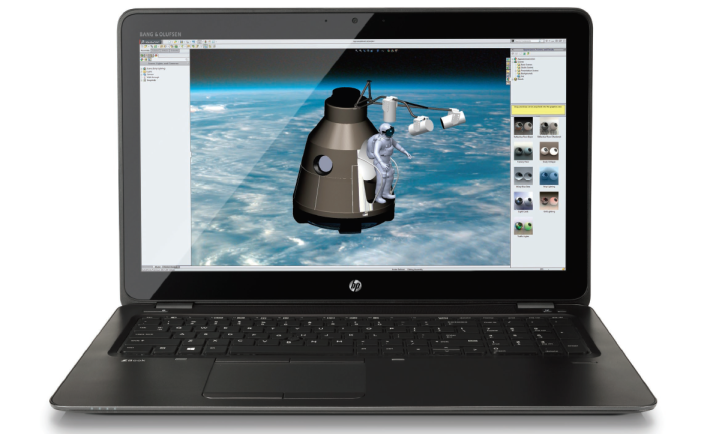 For as long as I can remember, the quest of equalizing desktop and mobile performance haunts every manufacturer. However, notebooks are thermally challenged environments and you simply can’t put desktop components inside, unless you’re talking about heavy duty desktop replacements from manufacturers such as Eurocom. Still, a lot of progress is being made with the form factor even from the biggest companies on the market.

The rest of the specifications is present in the picture below, and they’re quite impressive for high-volume units. What is immediately noticeable is that this time around, HP went with 100% AMD FirePro line-up. Previous generation offered a choice between AMD FirePro and Nvidia Quadro, but the 2016 line-up is solely driven by FirePro hardware, from entry-level W2100 2GB to W7100 8GB. The latter one is an interesting product, given that we’re talking about a single-slot card which delivers 3.3 TFLOPS of single-precision and 1.8 TFLOPS of double-precision compute power. 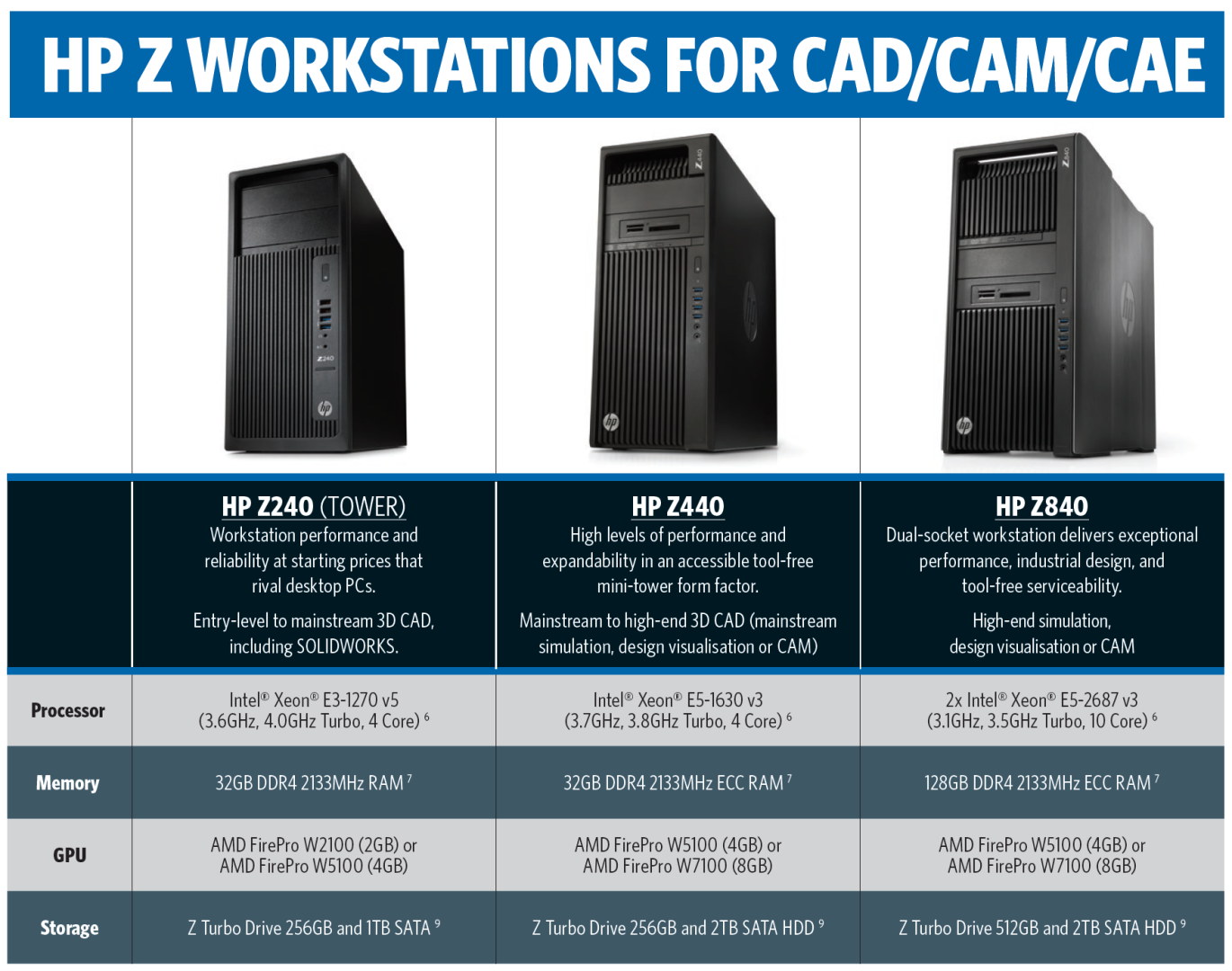 Still, these tower workstations would not be nowhere nearly impressive if there weren’t for the launch of third generation ZBook workstation systems.

Unlike vendors that paired Intel Skylake processors with DDR3 memory (we’re looking at you, Razer), HP went all out, featuring DDR4-2133 memory (both ECC and Non-ECC ). In case you want faster memory than 2133 MHz, the notebook supports 2400 MHz SODIMM upgrade modules such as HyperX Impact. In a way, Zbook workstations probably represent the ultimate mainstream workstations one can buy today. 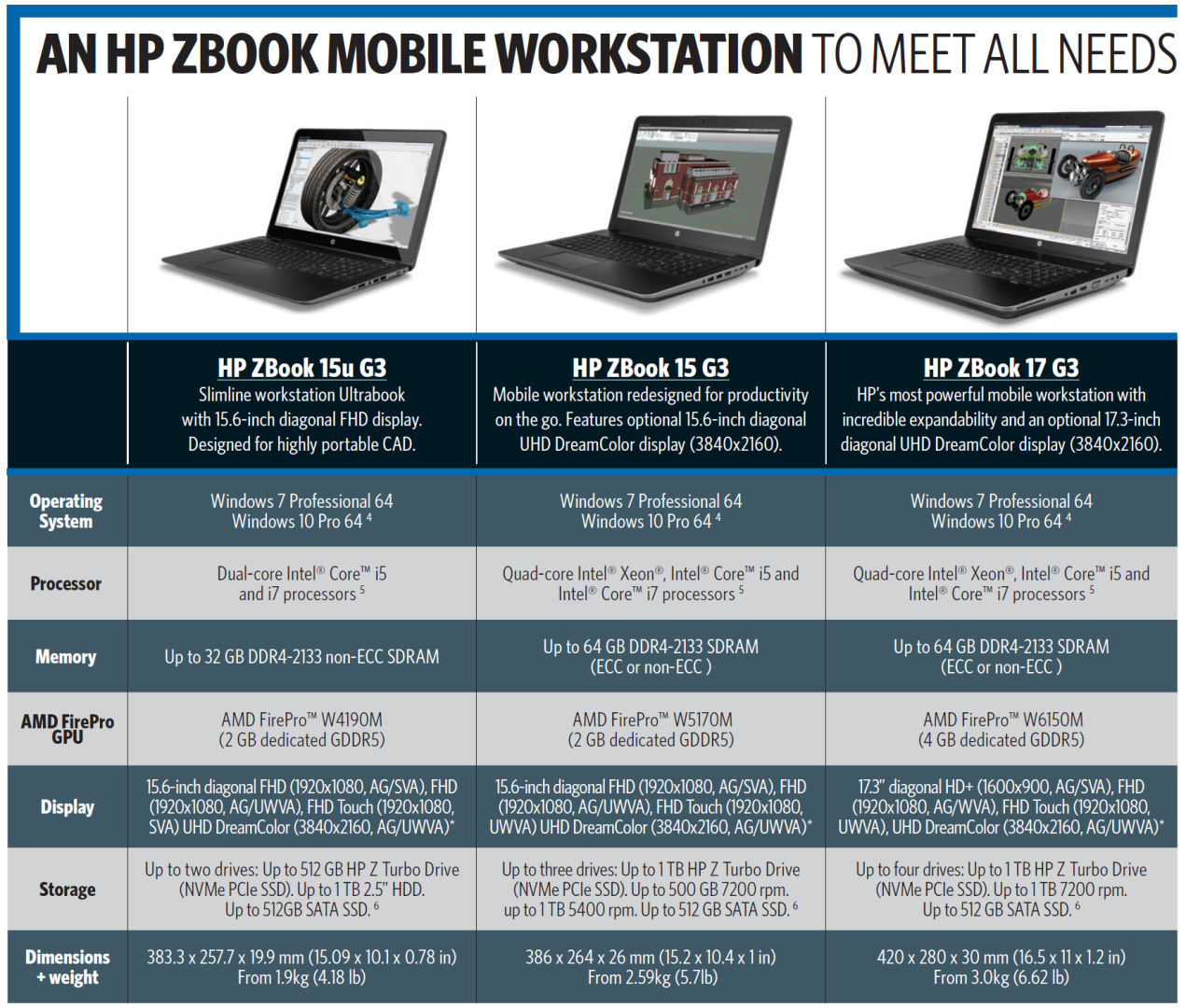 Zbook G3 line-up is consisted out of three models, with all the models offering a 4K panel as an upgrade option.

If the built-in graphics hardware is not sufficient, you can use AMD XConnect external graphics such as Razer Core eGFX chassis. Then, your choice goes between Radeon R9 Fury, or if you need to stick with professional graphics, you can install FirePro W9100 graphics cards with 16 GB GDDR5 memory. In case one is not enough, ZBook G3 comes with two Thunderbolt 3 ports, meaning Zbook G3 supports to two XConnect chassis.

Storage-wise, it is impressive to see a 1TB NVMe M.2 HP Z Turbo Drive, still claiming impressive bandwidth figures. Given that 1TB is inexplicably not offered on the Z workstations, quick storage can help notebook to stay ahead od desktop in storage bound operations.

Unfortunately, all of ZBook’s capabilities aren’t enough to beat the dual-processor Z840, but the battle between  Zbook 17 G3 and Z440 should be an interesting one.