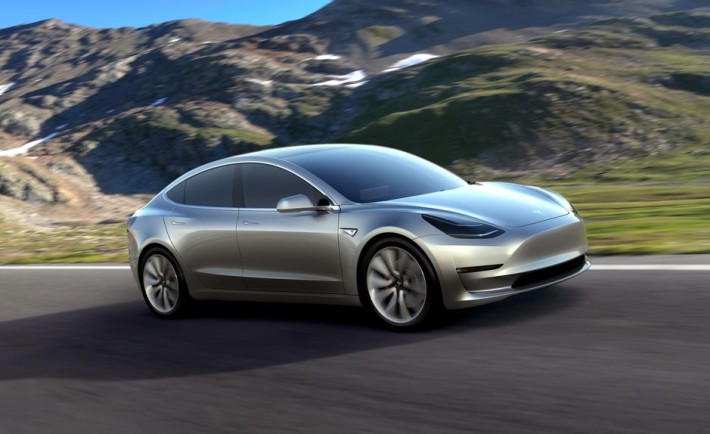 The ‘great wait’ is over, as Tesla completed its strategy set all the way at the time when the ‘Tesla Motors’ was a small tent inside the SpaceX factory in Hawthorne, CA. The plan was always the same: S-E-X-Y. It all started with building a sports car (Roadster) that will pay for the development of a limo, build a limo (Model S) that will pay for the development of SUV (Model X) and a mainstream car, and build a mainstream car (Model 3) that will bring e-mobility for masses.

As we all know now, Model X was not a part of Tesla’s initial plans (that was the original Model 3) but the company saw the need to bridge the cost and development of Gigafactory to could develop a crossover SUV using complementary platform. Model X is essentially a Model S with raised body and Falcon doors, bringing that extra space to the rear of the cabin.

But now, the spotlight is on Model 3, after Ford blocked Tesla to name it Model E. S3XY strategy is now the official plan for the company, and it is bearing results. The pre-launch launched on March 31st (online pre-orders open on April 1st USA time), and in the first 24 hours of store sale only, the company received reservations for at least 135,000 electric vehicles, whose price starts at $35,000.

This means that Tesla Motors, Inc. recorded a pre-order revenue of at least 4.75 billion USD. Naturally, this is calculated off the base price, but as usual, we expect that the price of vehicles people would configure would carry at least a 25% markup on average. Tesla Model S starts at $75,000, but the average sale price is $106,000. While unconfirmed until we see both the Q1 (ends March 31st, 2016) and Q2 numbers (ends June 30th, 2016), we can freely estimate that the first day of pre-orders for Model E raked in anywhere between $4.75 and $6.1 billion. Those $135+ million the company marked should help its Q1 2016 results as well.

The lines for the car in front of the store reminded us of the great wait for the iPhone 2G and later 3G, which became a tradition. As the Model 3 pre-orders opened at the same day as iPhone SE, the difference could not be greater – many Apple stores had no lines for iPhone SE, while the queues for Model 3 were flooding the malls.

What makes the car so special: Technically, Model 3 is the smallest Tesla but offers comparable leg room and space due to the design decision to ‘kill the frunk’ (front trunk), which is now reduced to a bare minimum – enabling maximum legroom for the front row. Rear seats expanded in lenght and available height, with the roof line (especially with the humongous glass roof upgrade) makes rear seat confortable for people over 190cm (6’2″) in eight. From a personal experience, I can attest that if there was one thing Model S was lacking, that was a mandatory glass roof upgrade to make headroom comfortable for people of my height. Sitting in the rear without a glass roof was a non-option, just like in the Mercedes CLS, Audi A7 or Passat CC.

So, what does the Tesla Model 3 brings? 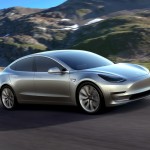 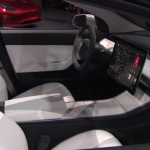 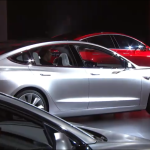 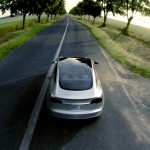 As you can see, the cockpit is simplified to the maximum, with just the center-line display showing a limited set of information. Given that the car is over 20 months away (deliveries ‘end of 2017’, barring no delays), there’s plenty of time to finish the launch software.

As Elon has said, this unveil was ‘just a part 1 of 2’, with more information expected to come at the second event, which presumably will take place at the same time as first deliveries.