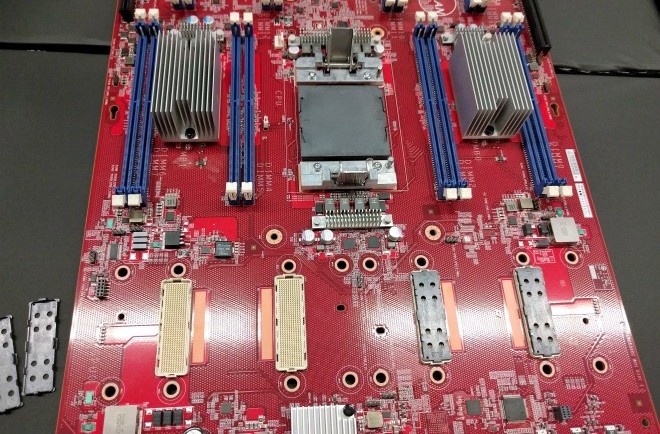 In  a way, the 2016 GPU Technology Conference represented a ‘coming of age’ for Nvidia, where the company finally established their first proprietary standard that gained immediate industry traction with none other than IBM. The NVLink interconnect, and the Mezzanine connector represent the first custom interfaces (outside of BGA packaging for their silicon) Nvidia designed.

Given that IBM’s OpenPOWER conference is taking place at the same time as GTC, we searched for more details about the Mezzanine connector and the NVLink itself, and stumbled on quite an interesting amount of details. First and foremost, ever Pascal (Tesla P100) and Volta (Tesla V100) product that utilizes the NVLink will use the same connector, making sure that you have at least one generation of cross-compatibility. 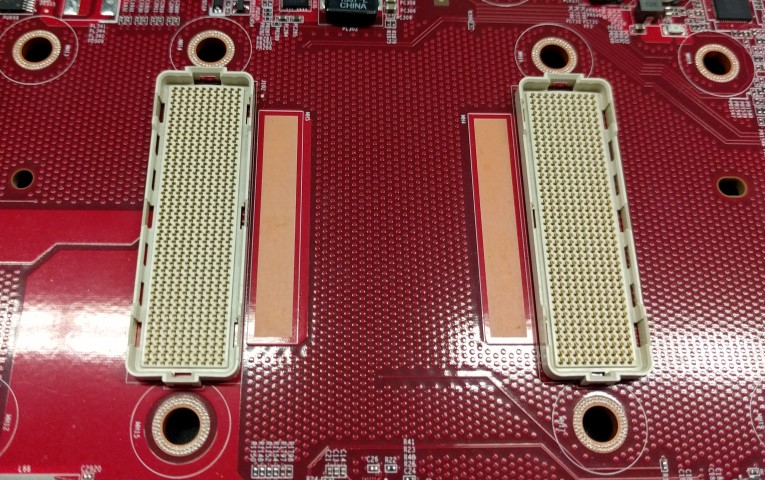 The mezzanine socket connector comes in pairs and uses a LGA (Land Grid Array) configuration known from Intel’s x86 processors such as LGA2011-3 for the Xeon E5 line-up. Each Socket features 400 lines, meaning a P100 and V100 will use a total of 800 lines in order to push 160 GB/s bandwidth and 300 Watts of power. As Tesla P100 gets near the release, we expect to see more technical details about the connector itself. Each Tesla P100 has to be fixed with eight connecting points, making sure it can survive the stress of 2lbs+ / 1kg+ copper heatsink.

Given that Nvidia did not gave out an official name for the mezzanine connectors, we’ll be calling it “Dual Socket LGA400” from now onward. Some manufacturers simply gave up on the idea of calling Pascal GPU architecture – a GPU or GPGPU, but rather called it “CPU”, which in a way, Tesla P100 certainly qualifies (no display outputs, no video drivers, pure compute output). For example, Zoom NetCom was showing its OpenPOWER design called RedPOWER P210, featuring two POWER8 processors and four Tesla P100’s. Their naming for the mezzanine connector? JCPU. 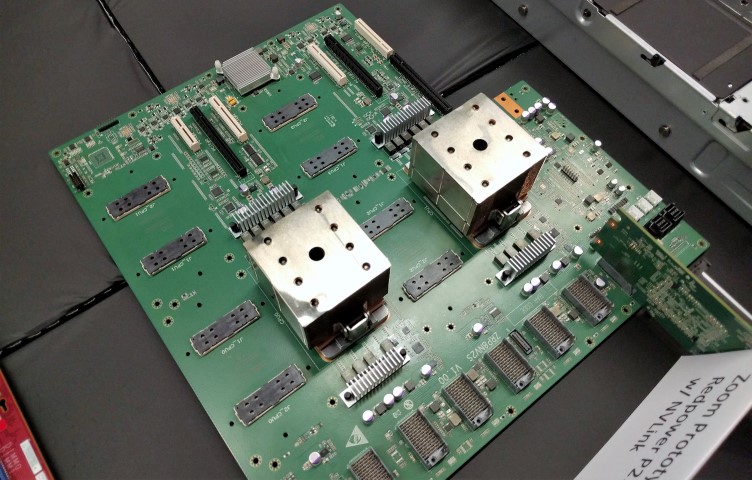 While a lot of accent was put on x86 Xeon based DGW-1 server, we’ve counted Pascal present on more OpenPOWER designs (all ready to ship in second half of 2016), than there were x86 based servers.