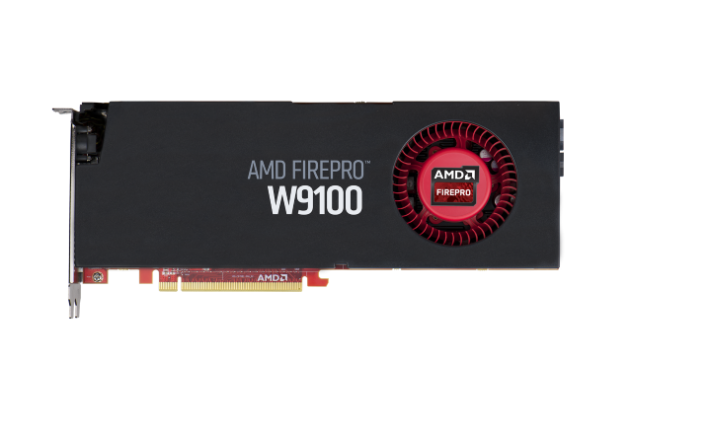 Last year, AMD released FirePro S9170 with 32GB GDDR5 memory, becoming the world’s first graphics card with 32 GB memory. Designed for servers, this board carried a record-breaking 32 GB of GDDR5 memory, using expensive and not-widely-available 16 Gbit / 2 GB memory chips. Just in time for the 93rd edition of one of the oldest trade shows in the west hemisphere, AMD is introducing a refresh to their high-end workstation line-up.

As the name says, AMD FirePro W9100 32 GB brings 32 GB of high-speed GDDR5 memory to the workstation line-up. And this is where things are getting really interesting. W9100 32GB is powered by a mature “Grenada XT” silicon, which is an enhancement (or a rebrand) of the three year old Hawaii GPU which is now starting to show its muscles. This card packs 5.24 TFLOPS of single-precision, which may be 50% less than a Fiji-based Radeon R9 Fury X card, but also packs fully unlocked double precision unit. 2.62 TFLOPS of double precision performance leaves contemporary GPUs in the dust – AMD Fiji and Nvidia Maxwell can’t come close to the performance offered.

“The imagination of the creator is limitless so much so that the professional creator consumes all available resources to produce new and never before seen designs and experiences. Some professional creative workflows demand very high bandwidth memory subsystems while others demand high memory size. AMD pioneered the era of High Bandwidth and Ultra Efficient Memory through the introduction of HBM technology in 2015 and will bring it to content creators with the introduction of Radeon™ Pro Duo graphics. With the new AMD FirePro W9100 32GB, AMD is unleashing the world’s largest memory size professional workstation graphics card,” said Raja Koduri, Senior Vice President and Chief Architect of Radeon Technologies Group (RTG), AMD. “Along with exceptional hardware, AMD is also delivering software tools to leverage our high bandwidth and large memory GPU configurations effectively.”

The software part may be the most interesting aspect of this announcement. For professionals that need the ultimate color precision, you can rely on GPU acceleration with all Adobe video tools, such as the 2016 edition of Premiere Pro CC and After Effects CC. Yet, the real star of the show is OpenCL and GPGPU acceelrated plug-in, whih AMD is making available for free. 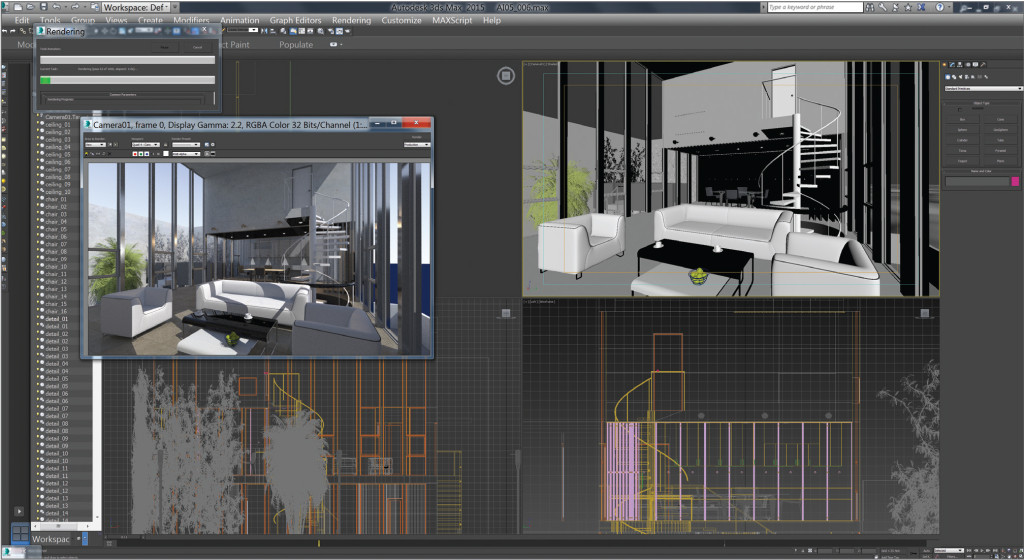 AMD FireRender technology is accelerating popular tools such as Autodesk 3ds Max 2016, and pairing two W9100 32 GB cards can bring amazingly fast animations to life, not unlike those we’re starting to coming from Hollywood studios. This plug-in is also available as a free plug-in for Rhino version 6, bringing photo realism to de facto a standard professional tool in Hollywood for visual animators. If you’re willing to compromise on available memory, there’s also Radeon Pro Duo with 8 GB of memory and 16 TFLOPS of single precision (don’t ask for the double precision).

For professional users, AMD’s FirePro W9100 32 GB and Nvidia’s Quadro M6000 24 GB represent the pinnacle for the most demanding workstation users. If you need to choose between more CPU cores and powerful GPUs such as the W9100, don’t think twice – most of modern workloads benefit significantly from the powerful GPU hardware.