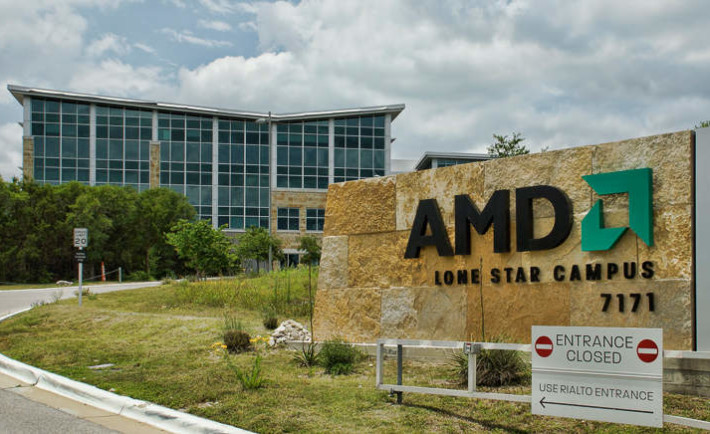 Over the course of last year, AMD’s upper management started to split the company into two key elements – one that would drive the technology forward (Radeon Technologies Group) and one to make sure the technology brings back ‘best bang for buck’, mostly through licensing agreements and new industry collaborations.

Radeon Technologies Group is being lead by Raja Koduri and his management and engineering team, while Dr. Lisa T. Su is driving the monetization aspect of AMD as the corporate entity. Less than a year after making an announcement that AMD is ‘open for business’ by licensing the core IP technologies such as CPU or GPU cores. We’ve seen that with major labels such as Microsoft (Xbox 360, Xbox One), Nintendo (Wii, Wii U) and Sony (PS4, PS4.5), and now with Chinese THATIC (Tianjin Haiguang Advanced Technology Investment Co., Ltd.).

During its first quarter results telecast, AMD announced that the company is forming a special purpose vehicle (SPV), i.e. a joint venture between AMD and THATIC. This licensing agreement will see AMD earning at least $293 million in cash, plus give the company access to seemingly endless list of grants – which competitors such as Intel tend to utilize to the last dollar. Chinese national and local governments have a lot more cash on their hands than the limited resources available on the West, and it is hardly surprising to see AMD finally pulling the trigger.

“Revenue was $832 million, down 13% sequentially, driven primarily by lower sales of Semi-Custom SoCs. The year-over-year decline was 19%, due primarily to lower sales of Semi-Custom SoCs and client notebook processors.” said Devinder Kumar, CFO, Treasurer and Senior VP, AMD. “Gross margin was 32%, a 2-percentage-point improvement from the prior quarter due primarily to a more favorable product mix and a mix of revenue between the business segments. Operating expenses were $332 million, up $9 million from the prior quarter primarily due to increased R&D expenses related to new products, partially offset by lower SG&A expenses.”

Under the terms of his broad licensing agreement, the joint company could be used to design multiple silicon with AMD IP inside, from small SoCs to large-scale, multi-socket processors that drive today’s enterprise (data centers, Supercomputers i.e. HPC, military infrastructure, simulation, networking etc.). The exact scope and the number of products is not known at this point in time. What is known is that the scope of AMD-THATIC deal focuses solely on the enterprise segment. 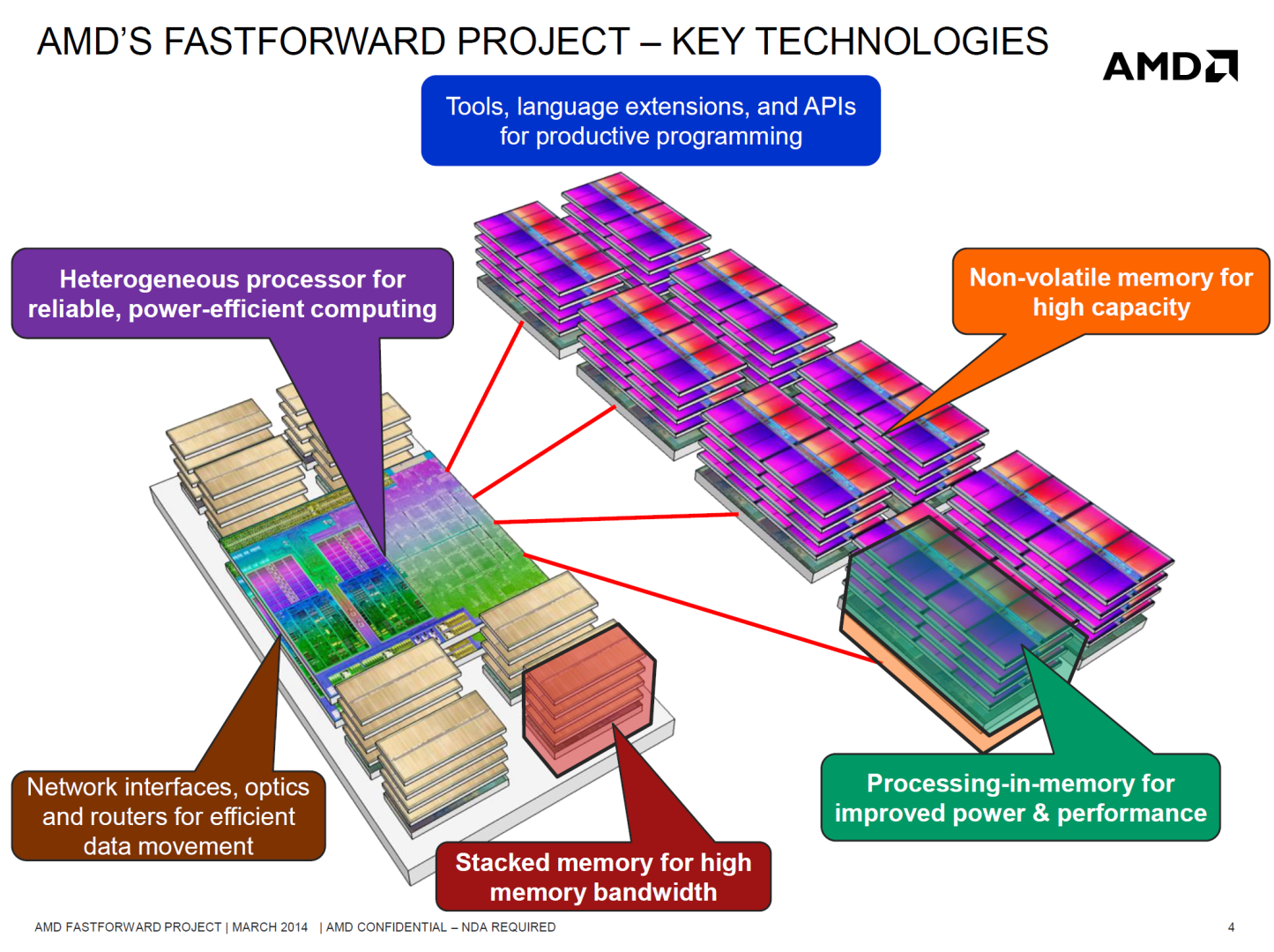 AMD “Fast Forward” High-End CPU/GPU Architectural concept – The way how the company views its future product lines – as separate parts which can be integrated in the largest variety of semiconductor products – from embed to consoles, PCs and high-end servers.

While China has licensed or acquired all major CPU (and some GPU) architectures, the x86 architecture is still considered the holy grail when it comes to performance. That performance advantage is being eroded rapidly with products such as the 64-core ARM processor that is being installed in Tianhe-2, world’s fastest supercomputer. The developed silicon would then be deployed in either Chinese government institutions or state-run companies.

Given that AMD would be in charge of delivering the silicon to their customers, this means rich order book for GlobalFoundries and Nantong Fujitsu, its future joint-venture partner for the chip packaging business.

The first business unit is going through its birthing pains, finally integrating the CPU and GPU divisions under one roof – a task taken by Raja Koduri and his executive team that no previous management dared to do – RTG should be what AMD-ATI tie-up was supposed to be, albeit now we have almost a reversal – where ex-ATI team is acquiring old school AMD’ers. Yet, through all the challenges, RTG division always made profit, while the CPU crowd gave up on competing in high margin businesses (Opteron platform hasn’t been updated in five years). Radeon Technologies Group has a bright future ahead of them, while AMD can now focus on selling and licensing the technology.

In a joint venture between AMD and THATIC (Tianjin Haiguang Advanced Technology Investment Co., Ltd.), AMD’s x86 expertise could be put to use in developing everything between tiny SoCs to large, multi-socket CPUs that drive enterprise machines (data-centers, HPC farms, military cyber infrastructure), for the Chinese government, and state-run companies. At this point, neither of the companies are commenting on which kind of x86 core architecture from AMD could be adopted. AMD has two distinct types of x86 cores, low-power, high-density cores such as “Jaguar,” which can be found on devices such as the Sony PlayStation 4, and large modular cores such as the ones found on its FX-series and Opteron X-series CPUs.