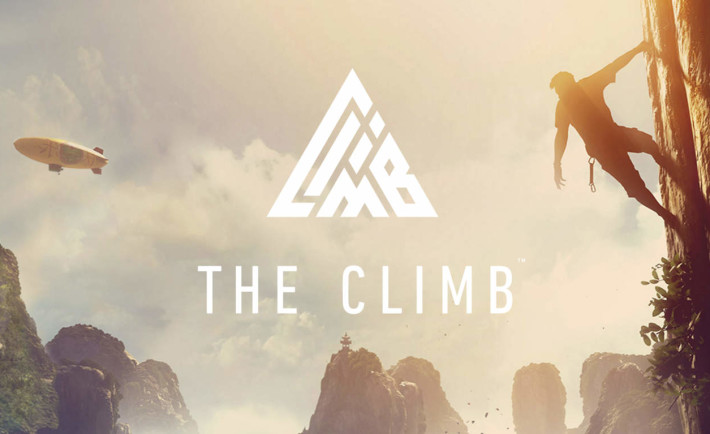 During the E3 2015 show, we managed to play a beta version of Crytek’s “The Cliff”, a Virtual Reality experience that will play tricks with your senses. This ‘game’ can serve either as a cure of fear of heights, or make you scared of heights to the point where you will no longer look down. 10 months later, Crytek released the final version of the game.

The Climb places you in a role of an extreme free solo rock climber, taking on some of most difficult climbs you can imagine. All the in-game locations are inspired by the real world, and they will make you feel like when Tom Cruise climbed the Dead Horse Point in Utah. While he had a harness that was removed in post-production, he really did climb a mountain hundreds of meters above the ground. Thus if your friend asks you to describe The Climb, show her/him this video:

Just like Mission Impossible II probably had the best opening scene for an action movie, The Climb will remove you from the containment of your physical body. The only visible part of your avatar are the hands, and what you do with them will represent the difference between (virtual) life and (virtual) death.

There are three environments in the game; European Alps, Asian mountains (mountain chain on the border of Malaysia and Thailand comes to mind) and the American Grand Canyon. There are six challenging routes you need to complete and ultimately, invite your friends to beat your time.  If the regular mode is too hard, there’s always “Tourist” i.e. arcade mode where it is not so easy to fall into oblivion.

You start with a randomly generated endless climbing wall, where you get to practice different grip types, balance the speed of movement versus your stamina, discover various routes and shortcuts which will make your ‘real virtual climb experience’ easier or more difficult, depending on what you need. If three environments sound small, think again – you would need multiple hours to climb a single mountain, which is perhaps the most important reason why Crytek split the environments into multiple challenges, including night climbs (good luck with that).

The Cliff is a VR game with a potential ‘GoPro effect’. Watching the videos of extreme stunts on YouTube was the first thing that made GoPro as pervasive as it is today. After watching the incredible videos shot on GoPro, tens of millions of customers ended up buying the actual product. The Climb just might be the first ‘Go Pro effect’ experience for Virtual Reality, since it offers an incredible level of immersion.

The game produces were well aware of the fact that extreme sports represent an ideal platform to showcase what Virtual Reality means for the world of gaming: “From the moment we started prototyping The Climb, we knew VR and rock climbing were a dream combination.” said Elijah Dorman Freeman, Executive Producer for The Climb. ‘The intense feeling of engaging in the world’s most extreme sport high above the ground is only possible in VR, and our team has gone to great lengths to replicate the tension and thrill of free solo climbing. With CRYENGINE and the Rift, we’ve been able to create a game that will challenge players to come back again and again, and build a virtual world like nothing they’ve seen or experienced before.”

While it is a damn shame that the title is an Oculus exclusive, there wasn’t any choice as Crytek worked hand in hand with the company to create the complete immersion on a single hardware platform. There’s no doubt that future VR experiences will come to other plarforms, such as HTC Vive – but we’re in the early days of VR gaming. The game was developed using CRYENGINE and Oculus SDK, which is why it will not work on HTC Vive and alternate VR headsets… for now. The Climb is out now, exclusively for Oculus Rift, and will set you back for $49.99 on Oculus Home.