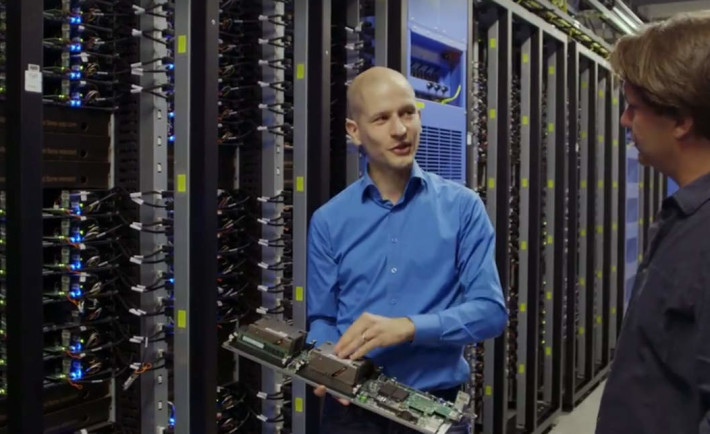 Bloomberg’s intrepid reporter and best selling book author Ashlee Vance recently launched a tech documentary called ‘Hello World’. Focusing on countries, he travels across the globe with his team and checks to see how the globalization made the world smaller and enabled innovation to come out of each corner of planet Earth. Second episode of Hello World visited Sweden, and while we do recommend you watch the whole show, we caught something very interesting: Facebook’s servers. 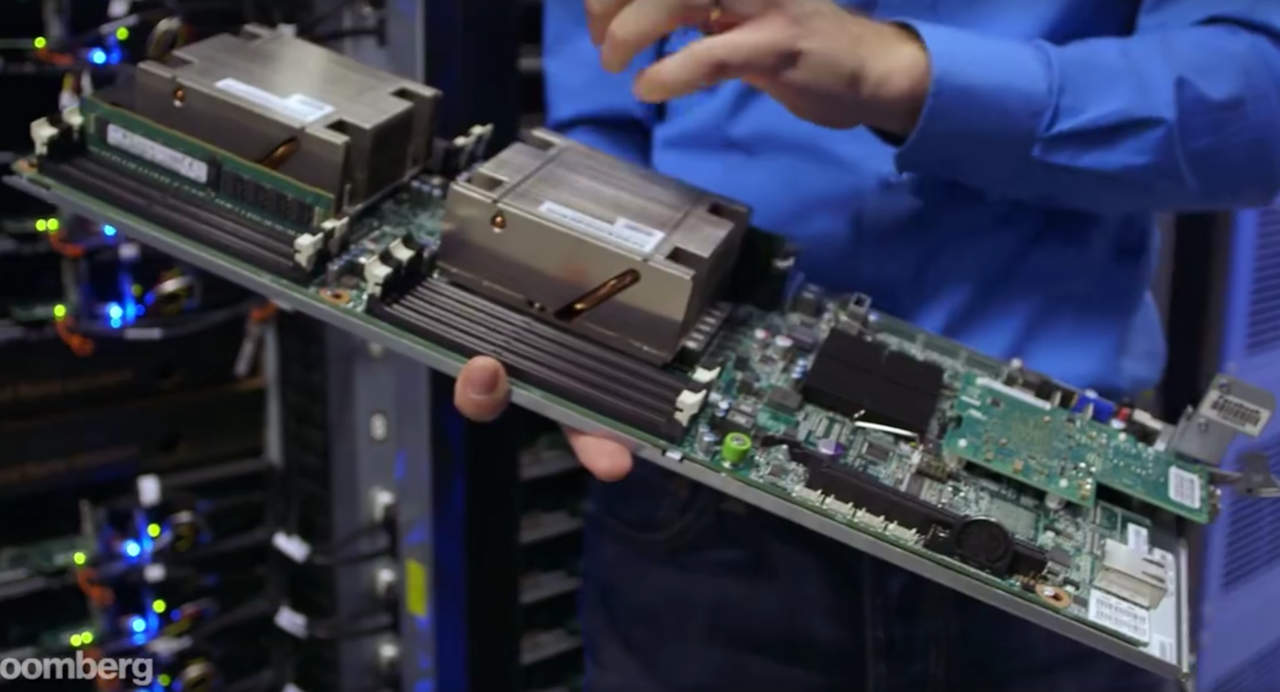 “(Facebook Servers) are all built to be as energy and cooling efficient as possible,” said Joel Kjellgren, Site Manager, Facebook. “There are no fans at all at this one, as you can see. They are just sort of working on the pressure difference that forces the air through.” Joel also has an advice for the server industry, which is typically cluttered with numerous loud fans, heavy chassis and all the inefficiencies that come with a self-encapsulated design. “If the industry in general would start adopting more of this thinking, it could really change the industry and not just Facebook.”

Naturally, this approach doesn’t work for the whole world, as you have to build a building which operates on the same principle. While this approach is good for the colder environments as such, it might not work in warmer climates.

Yet, even the hottest locations you can imagine, such as the Equatorial belt – shows innovation when it comes to the data center. In Singapore, Fusionopolis building is home to Singapore’s smartest minds, as several scientific organizations take residence. Fusionopolis is a home to what probably is the world’s highest supercomputer. Some 60 meters off the ground, there are PFLOPS machines churning out scientific and commercial data, while the cooling for the supercomputer is positioned several stories up, taking a full advantage of the wind that blows on those heights. Thus, using physics to cool down data centers is possible in the hottest and coolest surroundings.

For more on Hello World, take a look at Bloomberg’s landing page. For more information on A*STAR and Fusionopolis, click here. And if you have 25 minutes of time to learn something new, click on the video below and enjoy: