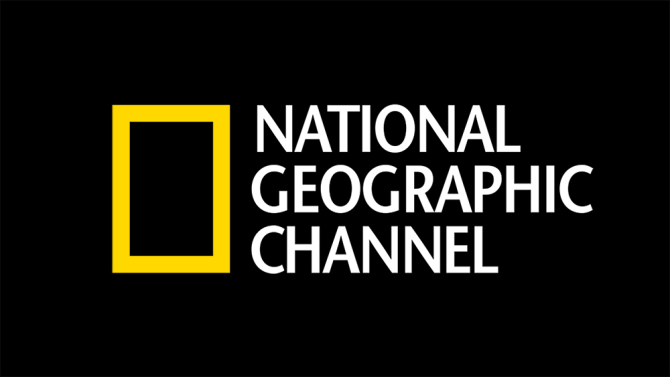 When National Geographic Society announced it is ‘selling out’ and forming a joint-venture with Rupert Murdoch-owned 21st Century Fox, the clash of mentalities between the two could not be greater: proving the climate change from one side, and denying the climate change from another side. Yet, the development of content on National Geographic hasn’t changed (yet), and new shows planned for 2016-2017 only prove NatGeo content is here to stay.

In a recent press release, National Geographic announced new ways to experience the content produced by the company. The first NewFronts slate after the joint venture announcement brings a new approach to content, erasing borders between traditional TV programming and social media outlets. In the upcoming programming year, National Geographic will produce ten original digital short series, as well as launch @Snapchat Quiz and @NATGEO: The Most Popular Instagram Photos.

“What makes National Geographic stand out in a crowded digital media space? World-class storytelling backed by 128 years of science and exploration – and a strong sense of purpose. Our competitive advantage starts with our people – on the ground, in the field and all around the world at any given time,” said Declan Moore, CEO, National Geographic Partners. “Consumers and corporate partners alike come to us for our unparalleled access to the people and stories that are impacting our ever-changing world. Engagement with our brand can be seen most significantly by our massive social media footprint that now generates more than 1.6 billion monthly actions.”

Perhaps the biggest announcement of them all is formation of NG VR STUDIO. As the name says, the studio will produce “Nat Geo VR”, a virtual reality channel which “take viewers to the front lines of the action, placing them on the ground alongside Nat Geo explorers, photographers and storytellers.” This interactive experience will offer both original programming and known franchises, going from what it takes to build a home on the Mars – as a tie into a global television event MARS – to traveling the world with known photographers such as Brian Skerry and Renan Ozturk. These are just the first titles, and we would not be surprised if we see a VR experience with Morgan Freeman.

Ten new documentaries (all are working titles, subject to chane) are:

Animal Close-Up
National Geographic is serving up the cutest, funniest and strangest faces of the animal kingdom. Each episode brings viewers closer to the animals they love, alongside important stories and insights, to provide a better understanding of these adorable creatures.

Before Mars
National Geographic Channel’s first-ever digital short series, Before Mars sets the scene for the highly anticipated fall event series MARS. The six-part series, set in present day 2016, presents a heart-warming story about change, exploration, discovery and friendship, while entertaining and engaging the audience with a combination of mysterious cliffhangers and hopeful adventures. It also creates a narrative arc to the larger series debuting in November, with twin girls’ struggle to adjust to their new rural home, paralleling mankind’s desire to one day make Mars home.

Get Out: A Guide to Adventure
National Geographic’s first how-to series, Get Out, features adventure experts as they share insider tips and tricks to owning the outdoors like a pro, taking viewers one step closer to living like a Nat Geo explorer.

InTime
Through hyper-lapse technology, InTime takes viewers on a high-speed romp through iconic travel destinations around the world.

Invisible
Ever wonder how a bat lands upside down? We’ll show you the unbelievable acrobatics of a bat, frame by frame. What happens in the split second a human bursts into laughter? Or sneezes? Or cries? We’ll break these down in (often hilarious) slow motion with scientists and psychologists explaining frame by frame.

Limitless
In Limitless, National Geographic goes inside the bodies and minds of individuals who seem almost super-human, surprising viewers with insights into what makes a world-class athlete physically superior to the rest of us.

NGenius
In National Geographic’s original web series targeted at millennials, host Angeli Gabriel answers intriguing questions that plague the human mind in an entertaining, engaging and relatable way. Covering topics from science to history and sprinkled with quick wit and pop culture references, NGenius is Nat Geo’s answer to the trendy YouTube explainer series that have gained extreme popularity in the digital age.

NG Gold
Through National Geographic’s extensive arsenal of filmmakers and scientists, we have access to some of the most special, wild and unbelievable moments around the globe. These include capturing a crocodile’s mouth clamping down on a camera, discovering an elusive shark in an underwater volcano or witnessing a baby blue whale nursing its mother in the wild.

The Real (City)
Everyone knows that the best way to experience a city is to talk to the locals. In The Real (City) National Geographic Travel takes viewers to cities around the world, uncovering the hidden gems known only by the inhabitants who live there, and inspiring each of us to pack our bags.

Wild_Life With Bertie Gregory
In Nat Geo WILD’s first digital series, wildlife filmmaker Bertie Gregory journeys to the Pacific Northwest in search of the elusive coastal wolves that inhabit one of the last places on the planet where a wild forest meets a wild ocean. While in the field, Bertie navigates harsh terrain filled with unexpected encounters, all in an effort to find and film wolves that seem more like ghosts of the Northwest than actual creatures.